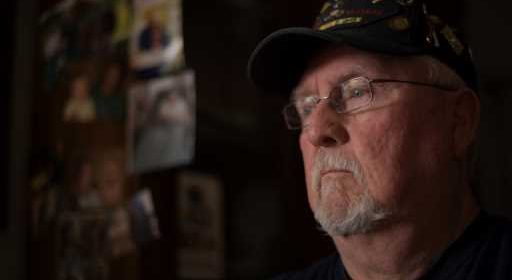 Bart Bartholomew noticed the changes in his wife soon after the coronavirus pandemic began.

One day, Dot, who was diagnosed with dementia more than a decade ago, stopped responding to his jokes.

“She knew it was me, but she just looked at me real strange,” Bart, 72, recalled. “No more smiles. No more bright eyes.”

He had cared for Dot, 72, at home for years after her diagnosis, believing that each day was a blessing after she survived longer than doctors predicted. But by late 2019, Dot needed more medical care, and so, Bart moved her first into an assisted-living facility, then a skilled-nursing home in Loveland.

The pandemic arrived in the middle of those moves, and soon he was no longer able to visit her twice a day as he had before. State health officials had ordered such facilities to restrict visitors as part of their efforts to protect those most vulnerable to the new disease sweeping the state.

The next time Bart saw his wife was on April 26. Dot died that same day.

More Coloradans are dying from Alzheimer’s disease during the coronavirus pandemic, and the recent rise in new cases and hospitalizations has doctors worried that a “third wave” in this state will cut people off from the care they need and make those living in long-term care facilities even more isolated.

“We will start to see more of these deaths occurring with more hospitalizations and more people in the ICU,” said Dr. Zachary Macchi, an instructor in the University of Colorado School of Medicine’s Department of Neurology. “Ultimately, more of those patients are going to be those who are in living facilities and are at risk.”

At least 1,053 people died from Alzheimer’s disease in Colorado during the first six months of the pandemic, which is up 26% from the 3-year-average for the same period, according to data from the state Department of Public Health and Environment.

The increase of Alzheimer’s deaths comes as total fatalities have soared 20% between March and August. Dot Bartholomew is one of an estimated 22,723 Coloradans to have died during that period, a toll that extends beyond those who have died directly from COVID-19.

Some of the Alzheimer’s deaths might be COVID-19 cases that were missed early in the pandemic when testing was limited. But they also highlight the toll social isolation has taken on part of the state’s most vulnerable residents, according to medical experts.

“A lot of caregivers have noticed sharp declines in their loved ones’ cognitive abilities and ability to take care of themselves,” Macchi said.

“Our destinies were bound to meet”

Their whirlwind romance began one night in 1967 when Bart, who served in the U.S. Navy, was on leave from Vietnam following his father’s heart attack.

He was visiting his mother in Burlington when he decided to “cruise Main” with friends. They drove up and down a street with only one traffic light, honking and waiving at others also cruising down the road.

Dot sat at the wheel of one of those cars, while her younger sister was in the passenger seat. The sisters had driven into town from neighboring Kansas that night, and in order to meet them, Bart drove over and slid into the backseat of their car.

The couple exchanged addresses so they could write one another. They only went on one more date before getting engaged and marrying in June 1969. They were married for 50 years and had two daughters.

“Our destinies were bound to meet and we did,” Bart said.

Doctors diagnosed Dot with dementia more than a decade ago. There is no cure for Alzheimer’s disease or dementia, so doctors gave her a medication aimed at slowing the disease’s progression.

Doctors expected Dot, who was 60 at the time, to only live another six to eight years after her diagnosis. Instead, she survived almost 13 years.

Bart moved Dot into an assisted-living facility that provides memory care in February, but then realized she needed a skilled-nursing home to get the level of care she needed. She moved to the second facility in mid-April, a month into the pandemic.

“After eight years went by, I just gave it as a blessing,” Bart said, adding, “When I got her in the assisted living, I saw her declining more. I didn’t put two and two together.”

Doctors said that since the start of the pandemic  patients with Alzheimer’s or dementia are experiencing more confusion and sleeping more often — symptoms that they attribute to increased stress and loss of socialization.

Alzheimer’s and dementia often progress slowly over a period of years, but if a person’s brain is stressed, they can experience “dips” and will have a harder time bouncing back than someone without a cognitive disorder, said Dr. Samantha Holden, medical director of the CU School of Medicine’s Neurobehavior and Memory Disorders Clinic.

During the pandemic, people with dementia are not only experiencing stress, but their routines have changed, their caregivers are also struggling, and many people are unable to participate in activities that stimulate the brain.

It is especially difficult for those in nursing homes and other long-term care facilities because the strict social-distancing measures meant to protect patients from COVID-19 are also leaving patients isolated.

State public health officials have eased visitor restrictions at nursing homes and long-term care facilities in recent months. But the facilities, which have been hit hard by the spread of COVID-19, are once again experiencing a rise in outbreaks following more transmission of the disease in the community.

Physicians said they are concerned that the growing number of cases will cause them to revert back to telemedicine because it will no longer be safe to bring higher-risk patients with Alzheimer’s or dementia into clinics.

But doing this can also raise the risk of other medical issues rising in patients. As the overall death toll has increased in Colorado, there also have been more deaths from heart disease and other illnesses — which is partly attributed to residents putting off health care because of concerns of contracting the virus.

Those with dementia and Alzheimer’s are at a higher risk of complications, including death, from COVID-19, in large part because of their age. Of the more than 2,200 people who had COVID-19 at the time of their death in Colorado, almost 53% of them were 80 or older, according to the state health department.

“For those older adults it’s still not worth the risk,” Holden said. “If one side of the balance is death, what comes close to outweighing that? I don’t think there is anything more precious than human life.”

To help those with Alzheimer’s and dementia, Holden recommends having a routine, exercising and getting outside as safely as possible.

It can help those who live in long-term care facilities to have photographs of loved ones and familiar belongings with them. Chatting with loved ones via video can also help, although sometimes it can be “disorienting” for those with Alzheimer’s or dementia, Holden said.

Bart tried to connect with Dot through video calls. But she just looked at the phone screen, with a distant stare.

“I think she was just tired of not being able to see me, talk to me and all of those things,” he said.

His daughter wasn’t allowed inside with her mother so she watched through the window.

Inside, Bart kneeled by Dot’s bed and held her hand.

He stayed with her until she died.