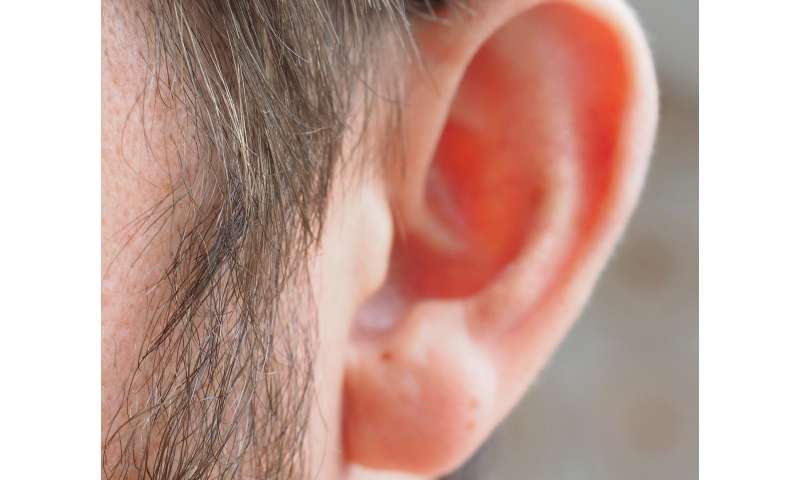 Middle-ear implants that stimulate auditory nerves via the round window can improve hearing for many years. In most cases, these electronic hearing aids can be implanted and used without any problems. Complications are limited to patients who have previously had benign tumors removed from their middle ear. These are the recently published findings of a study of 46 individuals carried out at Karl Landsteiner University of Health Sciences in Krems (KL Krems). The study considered periods of as much as six years after implantation, making it one of the first long-term investigations of the effectiveness of these specialized middle-ear implants.

Middle-ear implants are often a simple but effective means of improving people’s hearing. Alongside other technologies, a device called a Vibrant Soundbridge (VSB) has proved its worth. This technology converts sound waves into mechanical vibrations which are then passed on to the auditory structures in the middle ear. This process can stimulate different parts of the middle ear. A method adopted in the past few years is based on connecting the VSB with the round window, which joins the inner and middle ear. Several studies have demonstrated the short-term benefits of the operation forpatients, but until now, little data has been collected on the question ofwhether the method is also successful in the long run. A study by KL Kremshas now filled this gap.

The study looked at 46 patients who had a VSB that was implanted an averageof just over 2.5 years previously—although in one case the individual had had the device for over six years. “Even after such lengths of time we were still able to measure a clear—and statistically highly significant—improvement in word recognition among the subjects,” says Univ.-Prof. Georg Mathias Sprinzl, head of the Ear, Nose and Throat Department at St. Pölten University Hospital—which is part of KL Krems—outlining the positive long-term effectof VSB implants in the middle ear. The study also found that the surgical procedure and implantation of a miniature device did not have an adverse impact on the patients’ residual hearing.

The implant is suitable for people who have problems with sound-wave transmission or suffer mixed hearing loss, but fitting it is a highly complex operation that requires not only high-end devices but also a surgeon with extensive experience and outstanding surgical skills. Prof. Sprinzl is an internationally recognized expert in this field, with more than 320 surgical VSBimplants—more than half of them in the past six years alone—to his name. “This operation demands such a high degree of experience because the VSB can be connected with various structures in the middle ear,” he explains, referring to the challenge associated with this specialized treatment option. “At the same time, it opens up a huge range of possibilities so we can implant the device in a way that achieves the best possible result for each individual patient.” As shown by the results of the study, which has been published in The Laryngoscope, the procedure is particularly complex if a tumor (known as a cholesteatoma) has to be removed from the patient’s middle ear beforehand. All seven of the subjects who required multiple operations had suffered fromthe condition.

The middle-ear implant works by transforming sound waves into vibrations. An audio processor fitted behind the ear picks up sounds in the form of sound waves and transmits them through the skin to the VSB implant in the middle ear. The VSB turns the waves into vibrations, replicating the natural hearing process. Then the mechanical vibrations stimulate the cochlea, which sends audio signals to the brain via auditory nerves, creating auditory perception.