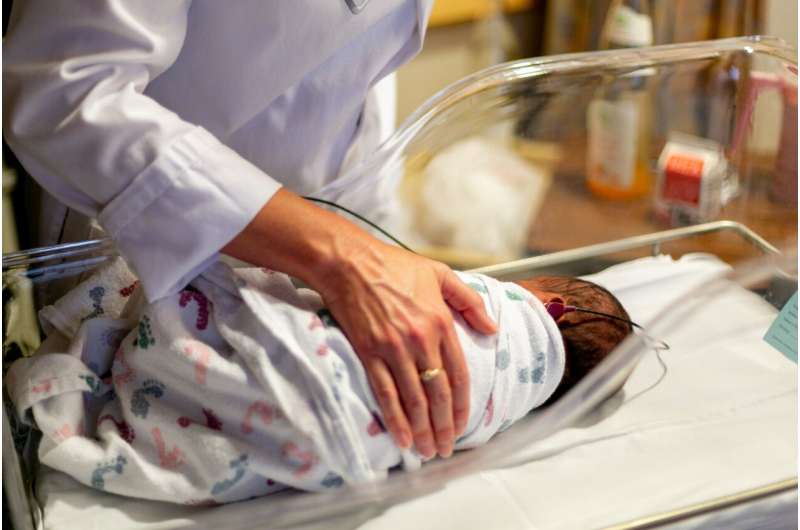 Efforts to reduce maternal morbidity have primarily centered around the risk of life-threatening events during and shortly after pregnancy.

But these risks may continue well into the late postpartum period as well—especially for individuals who are Black or have depression or anxiety—new research suggests.

Researchers analyzed data from a national sample of nearly 101,000 commercially insured people up to a year after giving birth. Nearly 1 in 333 experienced “near miss” events or illnesses that could have resulted in death, according to the findings in JAMA Network Open.

“We need to acknowledge that recovery from childbirth and associated health issues can develop much later than the period of time that we’ve historically focused on.”

The new study looks at rates of these harmful events occurring past six weeks post-delivery, measured by postpartum individuals experiencing life-threatening conditions or needing life-saving treatments, such as having a heart attack or needing mechanical ventilation.

Data from maternal mortality review committees suggest that cardiovascular disease and behavioral conditions such as perinatal mood and anxiety disorders and substance use disorders have driven the increasing rates of adverse maternal health events in the postpartum year. Black women had greater risk of experiencing adverse health events in the late postpartum period as White women—44.3 compared to 28.9 per 10,000 individuals.

Those with perinatal mood and anxiety disorders were nearly six times more likely to experience these near misses—132 compared to 24 per 10,000 individuals without those disorders.

“We found persistent racial and ethnic disparities in rates of severe maternal morbidity in the late postpartum period as well as very high rates among individuals with perinatal mood and anxiety disorders,” said senior author Kara Zivin, Ph.D., M.S., M.A. M.F.A., professor of psychiatry and obstetrics and gynecology at the University of Michigan.

“To improve outcomes through targeted interventions and policies, we need to find more comprehensive ways to capture the full picture of what drives maternal mortality and morbidity throughout the first year after pregnancy.”

But timely, appropriate care often could have helped outcomes. Authors note that some populations still face barriers to timely care, including loss of insurance coverage during the postpartum year, and stigma that may prevent individuals from seeking help for issues related to mental health.