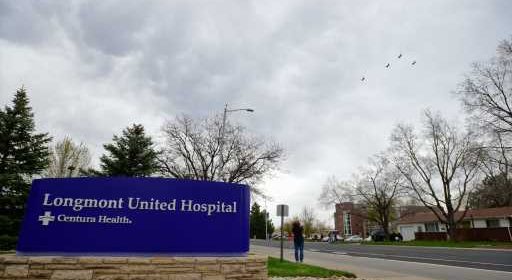 Almost nine months after nurses at Longmont United Hospital voted whether to form a union, there’s finally an answer: they will.

The original vote took place on July 7, with 93 in favor and 88 against. Seven ballots remained uncounted and, in December, a judge ordered that one be thrown out and the remaining six be counted. Union organizers accused the hospital of excessively delaying the process, which the hospital denied.

National Nurses United reported that officials with the National Labor Relations Board opened the final ballots Friday, for a final total of 94 votes in favor and 93 against.

Centura Health, which owns Longmont United Hospital, said in a statement that the NLRB likely will finalize the vote within a week if no one files an objection. It wasn’t clear if the health system intends to object.

“Throughout this process, our commitment to providing whole-person care to our patients and vibrant communities has remained our top priority — and that will not change,” the statement said. “We are neighbors serving neighbors, and local residents and the community will continue to receive the high-quality care that they have come to expect from (Longmont United).”

National Nurses United also has unions at the Denver and Aurora locations of the Veterans Administration Eastern Colorado Health Care system, but doesn’t represent workers at any other privately owned hospitals in the state.

Kris Kloster, a nurse involved in the organizing campaign, said she hopes that they can use the bargaining process to get more protection from workplace violence and to improve safety in the hospital. Nurses had previously raised concerns about understaffing, while Centura said it was doing everything possible to find workers during a difficult time for the health care industry.

“We are ecstatic,” Kloster said in a news release. “Longmont (registered nurses) are ready to get to work negotiating a fair contract for the best conditions for our patients and our community.”