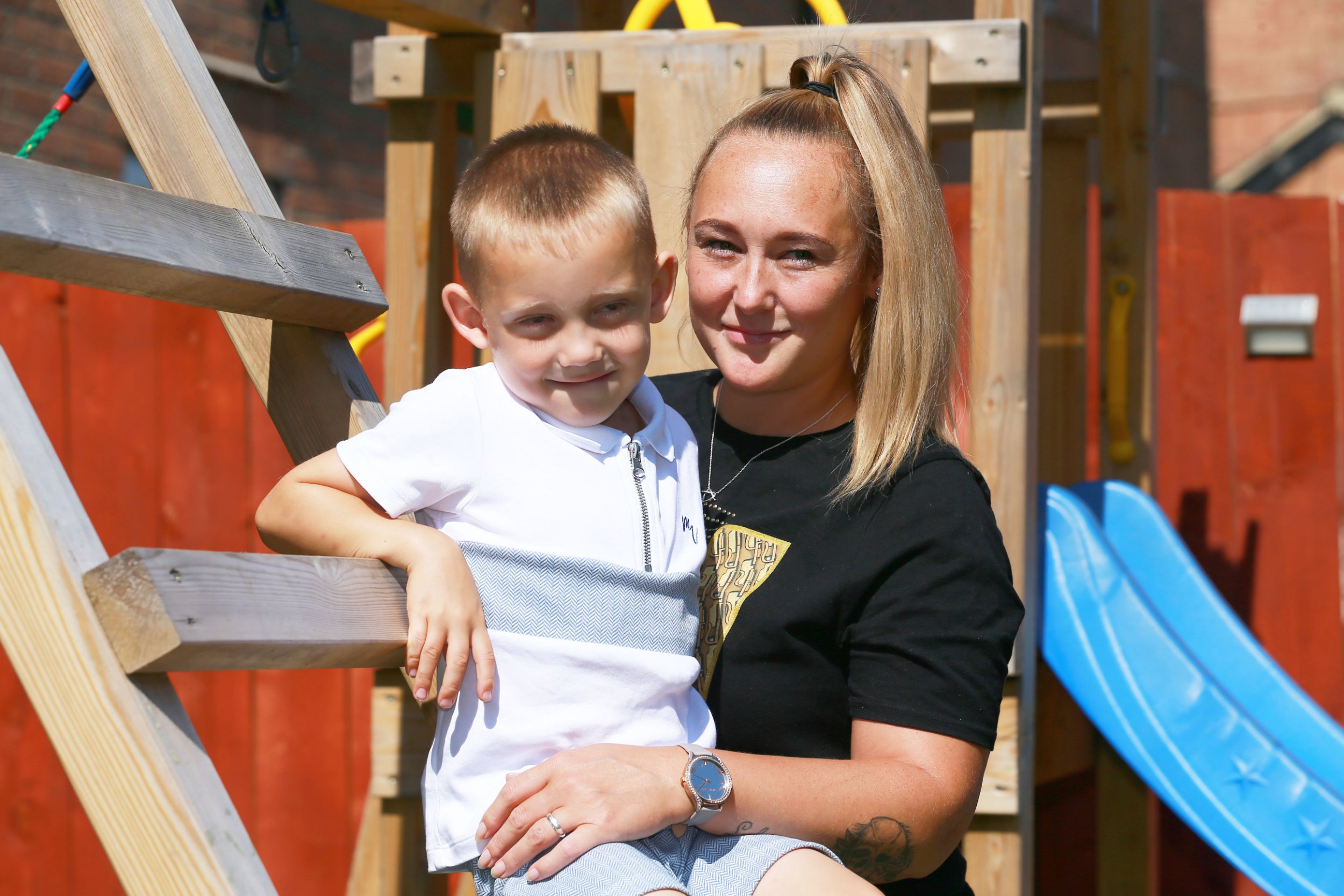 A child has left doctors baffled with a mystery condition that leaves him unable to eat.

Harley Duddin couldn’t eat or drink anything for three years after it was discovered that all the milk he tried to drink as a baby was going straight to his lungs.

The youngster’s parents, who are from Sunderland, saw that Harley could only manage one or two gulps of milk before starting to cry when he was a week old.

After several chest infections, he was rushed to hospital at three months old when he suddenly stopped breathing.

‘They said he was dying – he was totally grey,’ says mum Kimberley. ‘They said they didn’t know how he was still alive.’

Scans showed he had silent aspiration – meaning any food or drink he was consuming went to his lungs instead of his stomach.

For three years Harley was completely ‘nil by mouth’ – and was fed entirely through a tube into his stomach.

Despite numerous tests, doctors are no closer to discovering the cause of the four-year-old’s silent aspiration.

‘It’s a mystery to doctors in Newcastle and Sunderland – they’ve never seen anything like it,’ says Kimberley.

‘He had two operations to see what’s wrong, he had brain scans to see if he was brain damaged but nothing showed up.’

In another mystifying development, a scan last year showed that Harley was no longer aspirating.

‘That’s when we started trialling foods and it’s been a success – he’s now eating most things and also enjoying liquids with a thickener in,’ she adds.

‘He still can’t eat chocolate, sticky things like porridge and hard things like crisps, and he still has two machine feeds a day to keep his weight up and keep him hydrated.

‘We’ve got to monitor him but he’s doing absolutely amazing.’

Kimberley says that growing up with this condition was really hard for Harley. The little boy used to pretend to eat and drink with plastic bowls and spoons.

‘It was heartbreaking for us,’ she says. ‘We’ve got two daughters so one of us would sit with him in another room so he didn’t see them eating.

‘Hallowe’en and Easter were a big thing, because he couldn’t have sweets or chocolate, so he used to cry and scream – it was heartbreaking to see.’

The family were inspired to start a charity after having to refuse a selection box while Harley was in hospital over Christmas in 2018.

‘There was no alternative to it so we decided to start raising funds to give toys to children who were nil by mouth.

‘All donations go towards presents for the hospital so all children will be included in getting gifts at special occasions.’

Harley’s family are still hoping that he may one day be able to eat all the foods other children can enjoy.

His mum says: ‘It’s a mystery to the hospital so we’re just basically going by Harley.

‘We’re hoping he can just be like any other child.’