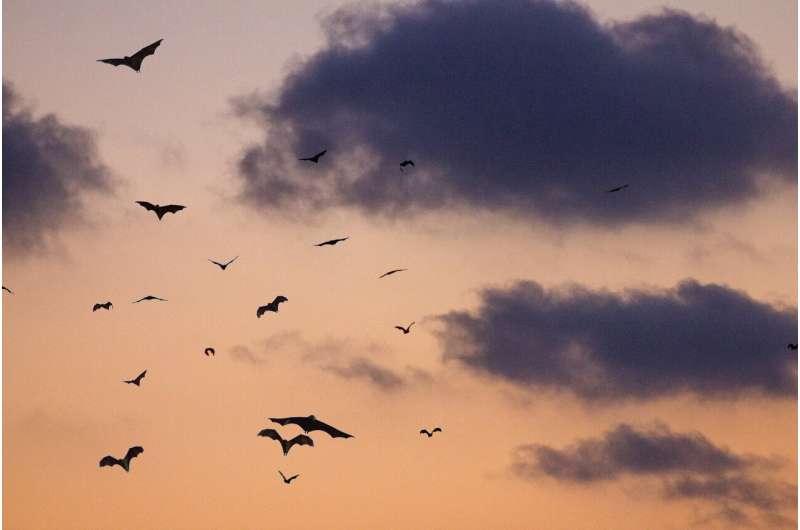 A paper published in the prestigious journal, Science Immunology, explores the idea that studying bats’ responses to SARS-CoV-2 may provide key insights into how and when to best use existing therapies for COVID-19, and to develop new treatments.

The review, led by Professor Marcel Nold and Associate Professor Claudia Nold, from Monash University’s Department of Paediatrics and Hudson Institute of Medical Research, written in collaboration with colleagues in Australia and China, is a major review of how the virus that has caused the current pandemic wreaks havoc on the human immune system.

Since first identified in December 2019, SARS-CoV-2 has mutated, and the variant strains Alpha, Beta and Delta are more infectious than the original strain. Specifically, the Delta strain is 60-79 per cent more transmissible again than the Alpha mutant, and presumably more deadly, according to Professor Nold.

He says there remains an urgent “need for effective therapies, at least in part because of the emergence of mutations.”

The authors warn that “preventing SARS-CoV-2 infection, or enabling patients to eradicate it, represents the ultimate goal in combating COVID-19: but it is uncertain when either will become reliably possible.”

“Therefore, efforts at identifying safe and effective therapies to prevent COVID from progressing to the moderate and severe disease stages, are critical in the fight against the disease,” Professor Nold said.

According to Associate Professor Nold, studying the way bats resist coronaviruses holds substantial promise not only for infections with SARS-CoV-2, but will also “better prepare us for the next epidemic or pandemic.”

The review says the common ancestor to the current COVID virus likely appeared in bats between 40 and 70 years ago, “though the exact bat species or intermediate host involved in the 2019 outbreak remains elusive.”

While bats can infect each other with SARS-CoV-2 they show no clinical effects nor show the same issues in the lungs that impact humans so badly.

The authors suggest that some of the ways bats appear to resist COVID could be used in therapeutics such as fine-tuning the human immune response to the virus in ways that bats seem to use, including boosting type I and III interferon responses or—once severe illness has developed—blocking inflammasomes to mimic what happens in bats.

Associate Professor Nold says this “could minimise the excessive inflammation, immune exhaustion and the cytokine storms that are experienced in humans.”