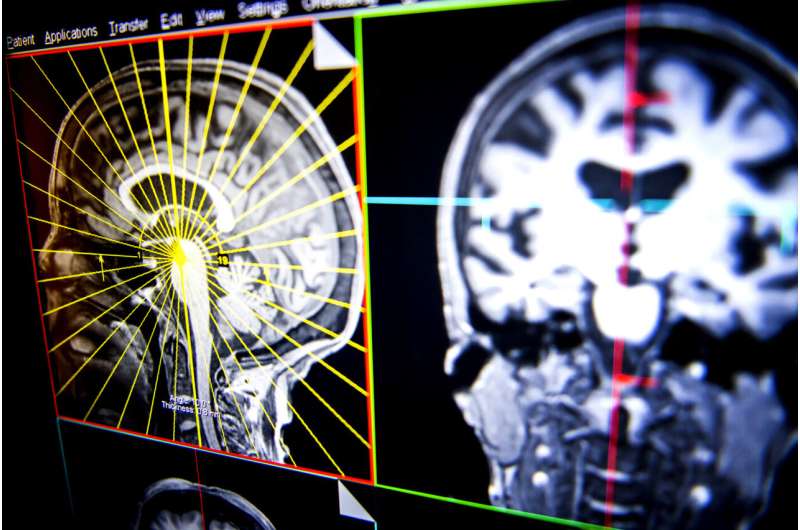 Researchers at Northeastern and neighboring colleges say they’ve made a landmark discovery that takes a deeper look at the metabolic and biochemical origins of a debilitating genetic disease known to cause a range of symptoms and health problems.

A new study, published Wednesday, focused on a severe neurodevelopmental disorder referred to as 16p11.2 deletion syndrome, a condition often associated with autism, intellectual disability, language impairments, seizures, obesity and movement disorders, among a range of other health problems. People with the condition are missing a region of genetic material in chromosome 16 responsible for coding proteins in the body.

Researchers were able to show that genetic disruptions affecting the way fats and proteins bind to each other inside the cells of those with the condition resulted in abnormalities in nerve cell, or neuron, function, which in turn led to behavioral changes and other symptoms, says Hazel Sive, dean of the College of Science and professor of biology at Northeastern.

They discovered that the neurons in people affected by the condition do not work optimally, Sive says. The neurons also showed “major alterations” in the fats and lipids they produce.

“Since fats and lipids within cells and their surrounding membranes are crucial for neuronal function, [we] searched for a gene that could cause this change,” Sive says.

Researchers sleuthed around in the human genome and discovered another gene in chromosome 16—one tied to the synthesis of fats found in cells and their membranes—may have played a role in the development of some of the disorder’s debilitating neurological symptoms.

The specific gene, referred to as FAM57B, is located at the site of the deleted region in chromosome 16 in the people who have the syndrome. Sive, who is the principal author of the study, says that the “hub” gene is part of a genetic control system that governs what kinds of fats are made inside cells, and how they work together to control cellular function.

Sive says the function of the FAM57B gene was previously “little studied.” But researchers have found that it plays an important role in the specific sets of lipids that are made during brain development.

“It is not a classical gene that you would have suspected may contribute to a mental health disorder,” she added.

The insight could help researchers develop new therapeutics targeting metabolic processes, like correcting the errant lipid production that may be present in those with 16p11.2 deletion syndrome. There are no existing treatments for the syndrome or its root causes.

An emerging scientific field that studies the links between metabolism, mental health, and neurodevelopmental disorders presents an “enormous opportunity” to solve some of the longstanding mysteries associated with these health conditions, Sive says. She adds that if researchers continue to clue in on the biochemical differences in people suffering from such disorders, novel treatments could arise.

“In terms of this particular disorder, this is a new direction, a new understanding, and it encourages us to think about new potential ways to address it,” Sive says.

The study used human cells, including those derived from people affected by 16p11.2 deletion syndrome, and zebrafish, which are ideal proxy creatures for studying human disease because their brains have nearly all the same structures as human brains.

The team’s findings reaffirm the usefulness of zebrafish as tools to study aspects of human biology, including aspects linked to autism and other neurodevelopmental disorders. The tiny, transparent creatures develop a nervous system roughly a day after fertilization, and share many of the same genes as human beings, Sive says.

Zebrafish can also be acquired in large quantities, making it easier to conduct large-scale research.