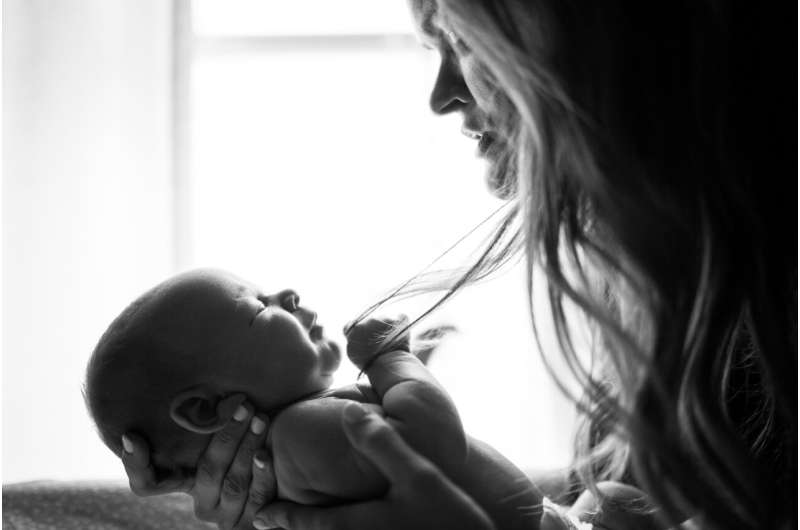 Telling a child about their mother’s risk of hereditary breast and ovarian cancer does not adversely influence the offspring’s lifestyle or quality of life in the long term, according to a new study led by researchers at Georgetown Lombardi Comprehensive Cancer Center.

The study looked at the mutation status of mothers’ BReast CAncer (BRCA) genes. Children inherit a copy of both BRCA1 and BRCA2 genes from each parent. Testing positive for a mutation in one of these genes (being BRCA+) can have cancer risk implications for biological relatives, including children.

The researchers enrolled mothers who had undergone BRCA genetic testing one to five years before the start of the study and whose children were between the ages of 12 and 24 years old. The mothers had obtained genetic counseling and testing at regional cancer centers in either Scarborough, Maine, Boston, Washington, D.C. or Houston. Of the children enrolled, most had mothers who tested negative for BRCA mutations, but 17% had mothers who were BRCA+. The majority of mothers were cancer survivors.

The researchers assessed offsprings’ lifestyle behaviors and found that detrimental health activities, such as tobacco and alcohol use as well as lack of physical activity, did not vary among the children, regardless of the mothers’ BRCA status. Similarly, maternal BRCA status was unrelated to children’s emotional distress about cancer.

“Our findings underscore the resilience of children of mothers who are BRCA+, especially those adolescents and young adults who have grown up around cancer in the family and learned how to cope,” says Kenneth P. Tercyak, Ph.D., a professor in the Departments of Oncology and Pediatrics and leader of the Cancer Prevention and Control research program at Georgetown Lombardi and the study’s senior author. “The study’s findings will help us learn how to build on young people’s cancer awareness and their interest in knowing more about their family’s health history.”

For teens and young adults who had mothers who survived cancer, they considered themselves to be at greater risk for, and were more knowledgeable about, cancer than youth of healthy mothers. Additionally, children of BRCA+ mothers were more concerned about cancer, held stronger beliefs about the role of genes in determining their health, and placed a higher value on learning about genetics.

“There is a lot of complexity in how parents talk with their kids about familial cancer risk in ways that are truthful but nonthreatening,” says Beth N. Peshkin, MS, a professor of oncology and the Director of Genetic Counseling and Education Director for the Jess and Mildred Fisher Center for Hereditary Cancer and Clinical Genomics Research at Georgetown Lombardi. “These families benefitted from support from their genetic counselors and other health professionals. One of the goals of this counseling strategy is to foster open and individualized conversations with relatives about cancer risk, screening and risk reduction, and genetic testing choices.”

A predominantly non-Hispanic white sample limited the generalizability of the findings to members of underrepresented racial/ethnic groups. To ensure the broadest applicability of outcomes, Tercyak and Peshkin say that future studies will incorporate a more diverse population.