In the visual thalamus, neurons are in contact with both eyes but respond to only one 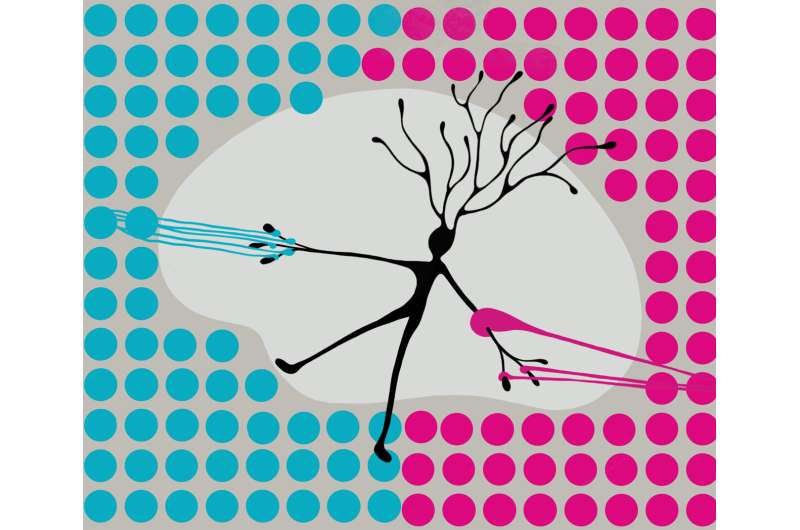 The visual thalamus is classically known to relay visual stimuli coming from the retina to the cerebral cortex. Researchers from the Max Planck Institute of Neurobiology now show that although neurons in the mouse visual thalamus connect to both eyes, they establish strong functional connections only with one retina. These results settle partly contradictory results of earlier studies and demonstrate how important it can be to complement structural data with functional analyses.

We have two eyes, but perceive the tree in front of us only once. The brain therefore has the complicated task of combining the information of both eyes in a meaningful way. To do so, visual stimuli first travel from the retina via so-called ganglion cells to the visual thalamus. There, the information does end up in clearly defined areas—depending on the type and eye-of-origin of retinal ganglion cells transporting the visual stimuli. Signals from the right and left eye are thus clearly separated in the visual thalamus and independently transmitted to the visual cortex. Only in this brain region, the incoming information is combined—at least, according to a long-standing theory.

However, recent anatomical studies have found that a surprising number of neurons in the mouse visual thalamus have contact to both eyes. Does the separation of left-eye and right-eye information channels not hold true in mice? Scientists from Tobias Bonhoeffer’s department wanted to shed more light on this question. They further developed an optogenetic method to activate ganglion cells of both eyes successively with light of different colors and measure the corresponding electrical responses in a thalamic cell.

This analysis shows that a multitude of neurons in the visual thalamus receive input from both retinas. But interestingly, there are only very few cells in which the signal strengths of both eyes are similar. In most cells, one eye dominates with a much higher input strength. The weak signals from the non-dominant eye did not trigger an action potential in the experiment and thus seem not to play a major role in the processing of visual information.

“With these results, we can explain the contradictory findings of previous research,” says Tobias Rose, who led the study. “The neurons in the visual thalamus do form connections with both eyes, but are functionally monocular or, so to speak, one-eyed. That means that only the signal strength of one eye is high enough for the cells to respond.” 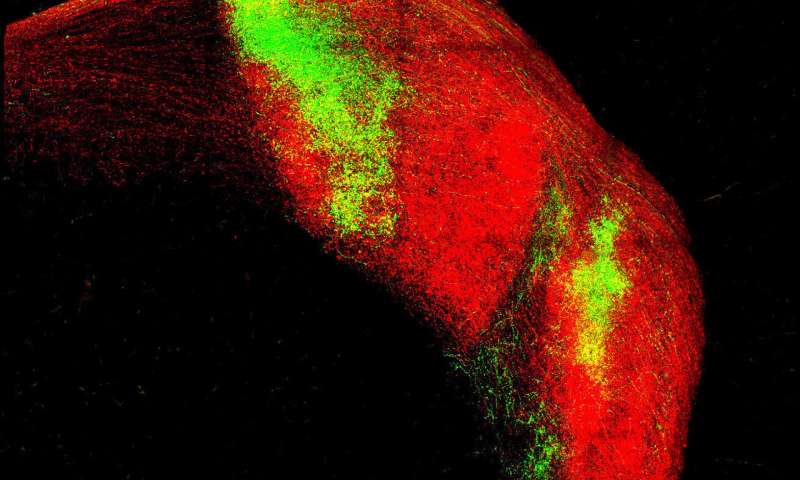 The spatial arrangement of retinal and thalamic cells and the resulting connection possibilities alone cannot explain the functional monocularity. Instead, the scientists showed that even with equal access to both eyes, thalamic cells establish functional connections with only one eye. Accordingly, there is a clear selection of the input source. In addition, the contact sites with the dominant eye seem to strengthen, while those of the non-dominant eye remain in an immature state.

Future studies aim to reveal how the dominant eye is determined and whether this mechanism also applies to different retinal ganglion cell types. Scientists are also interested in the immature contact sites. At first glance, without obvious function, it is unknown whether they could be activated when needed—and thus play a role, for example in amblyopia, a form of visual impairment.