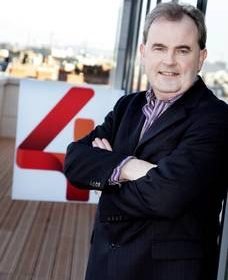 There probably wasn’t a dry eye in the country when Gareth O’Callaghan signed off air for the final time last August.

The veteran radio DJ cut short his career after discovering he had multiple system atrophy (MSA) – an incurable neurodegenerative disease. The prognosis is bleak, but the father-of-three, who has two grandchildren, is determined to get the most out of life and try anything which may give him an improved quality of life.

To this end, he embarked on a course of hyperbaric oxygen therapy (HBOT), which he hopes will alleviate some of the debilitating symptoms and allow him to live the best life possible.

The treatment “enhances the body’s natural healing process” by inhalation of almost 100pc oxygen in a chamber under increased atmospheric pressure – and the 57-year-old came across it when trying to find ways of coping with the disease.

“It was initially thought that I might have Parkinson’s disease, but both my GP and I thought it was something else, as what I had was more insidious,” says O’Callaghan.

“I had never heard of MSA and when it was suggested to me, I immediately went online and did a bit of research – it made for terrifying reading as the prognosis was horrifying; extremely rapid decline, ultimately terminal, no cure and currently no clinical trials as it is so rare that pharmaceutical companies are not spending money on research.

“Needless to say, after official diagnosis, it was very upsetting. I said to Paula, the love of my life, that I could be my own experimental guinea pig and try different therapies rather than being someone else’s gerbil on a wheel – so my inner journalist spurred me on to try to figure out what I could do to make life easier and extend my quality of life and independence for as long as possible.

“I came across some information about Tom Looney, a former US sports star, who was diagnosed many years ago with MSA. Typically lifespan is reduced to between seven and nine years from the onset of symptoms, but Looney had started using HBOT and 12 years later, he is still going strong. So I decided that if he and a few others thought it was the way forward, I would see if there was anywhere I could try this out in Ireland.”

Gareth rang oxygeneration.com, which is based in Galway, and was given an appointment the following day. Leaving Paula, who he has just got engaged to, and his stepchildren behind, he headed off to the west coast in the hope that the treatment would give him a new lease of life.

“As soon as I got off the phone to Bryan Lynch at his new HBOT clinic in Galway, I started packing my bag,” he says. “I decided whatever it cost, I was going to throw everything at it in the hope it would help.

“The treatment involves getting into a sealed chamber, which feels as if you are in a submarine 70ft below water. You put on an air mask with two tubes attached – one giving you pure oxygen, the other taking old air away. The chamber can hold up to 14 people and we all sit there reading a book, looking at a laptop or watching a documentary on the screen overhead. There is no pain whatsoever and it isn’t at all uncomfortable as you can just breathe normally.

“MSA is causing my cells to die and the oxygen helps to regenerate them. I have been doing two sessions a day and, luckily, a friend has helped me with a place to stay, so I have been heading over at 11am and again at 3pm – each session lasts approximately 80 minutes – for several weeks.”

At time of writing, Gareth had almost finished his treatment, and while he admits that it isn’t going to cure him of the cruel disease, it has been making things a little more bearable.

“Mobility and speech are two of the things which are affected very badly by MSA,” he says. “I have been suffering with pain in my neck, legs, fingers and toes and when I arrived here, I was having trouble walking, but after the first two days, I almost danced out of the clinic. I also had begun to suffer from my childhood asthma symptoms, but the therapy has helped greatly and I haven’t needed an inhaler since.

“I know for sure that it won’t cure me – there isn’t going to be a miracle – but it definitely has helped me to retain a better and more sustainable quality of life. My strength had dropped down to five (out of 10) but I’m now up at around seven-and-a-half, so it is doing good things for me.

“It has had amazing results for people with glaucoma, sports injuries and other conditions. I’m almost at the end of my 40 sessions and I still have MSA, but it has been of great benefit to me.”

Professor David Kane, Clinical Lead for the National Clinical Programme for rheumatology, agrees and says while there is no evidence of HBOT curing conditions such as MSA, it does have its benefits.

“There is no or insufficient evidence that it is of benefit in fibromyalgia, chronic pain or other musculoskeletal conditions,” he says. “But it is a reasonable therapy in severe decompression sickness or arterial gas embolism and significant cases of carbon monoxide poisoning,” he says.

“It may also be useful in the care of patients with severe anaemia, actinomycotic brain abscesses, acute crush injuries, prior radiation therapy, aggressive soft tissue infections, non-healing ulcers, sensorineural hearing loss, or compromised skin grafts and flaps. But further research is required in these situations in order to confirm the benefits of HBOT and justify its significant costs and any potential risks.”

Dr Sean S O’Sullivan is a Consultant Neurologist at the Bon Secours Hospital, Cork (corkneurology.ie). He has completed a Fellowship in Movement Disorders, and has published several research papers on MSA.

He says while there is currently no large-scale study into the effects of HBOT on MSA patients, it is not harmful and may benefit sufferers, if used alongside prescribed treatment.

“Hyperbaric oxygen therapy involves breathing 100pc oxygen in a pressurized room or tube,” he says. “It is a well-established treatment for decompression sickness, a complication of scuba diving, and can sometimes be used to promote wound recovery. It has also been used to treat neurological conditions associated with reduced oxygen levels, such as stroke and traumatic brain injury. And there are some animal data to suggest that HBOT may be useful in models of neurodegenerative disorders such as Alzheimer’s disease.

“There are currently no large randomised controlled trials demonstrating a benefit of hyperbaric oxygen therapy in people with MSA. Whilst this is not to say that it is definitely ineffective, it is important to acknowledge that there is a high risk of bias with anecdotal reports of positive responses in small groups of individuals, or from commercial companies promoting HBOT. If an individual with MSA would like to try HBOT, it is important for them to avoid using this as their sole or main treatment, and to keep in contact with their treating physician and multidisciplinary rehabilitation specialists.”

“Having MSA is both ferocious and exhilarating,” says Gareth O’Callaghan. “There are days when I wake up feeling wonderful in my mind and realise that so many things I thought were important are completely irrelevant.

“Being focused on the truly important things in life has opened up a whole new view for me and made me thankful for everything I have.

“Of course, being told you have a fatal condition is terrifying, but we are all going to die at some point and while I may go sooner than I wanted to, I’m not going to let the disease define me, so I will continue to look for ways to improve my symptoms and my life – I have a book coming out and I’m doing some podcasting.

“And most importantly, it’s my family, friends and Paula who are keeping me going through all of this.”

⬤ Under normal circumstances, oxygen is transported throughout the body by red blood cells. With HBOT, oxygen is dissolved into all of the body’s fluids in order to reach all of the damaged tissues and support its own healing process.

⬤ The increased oxygen may enhance the ability of white blood cells to kill bacteria, reduce swelling and allow new blood vessels to grow more rapidly into the affected areas.

⬤ HBOT is painless and non-invasive and the high percentage of oxygen is delivered via a breathing mask, while inside the chamber maintains normal oxygen levels of between 21-22pc.

⬤ The number of sessions required varies depending on condition or illness and can be anything from five to 60 – each session lasting roughly 80 minutes.

⬤ It is caused by degeneration (or atrophy) of nerve cells in multiple areas of the brain.

⬤ This can result in problems with multiple neurological functions or ‘systems’, including the autonomic nervous system (the part of the nervous system that controls automatic functions such as blood pressure control or digestion); movement systems and balance or coordination systems.

⬤ It usually starts between the ages of 50-60 years, but can affect people younger and older.

⬤ Unfortunately, there is no current therapy to reverse or halt the progression. Therefore, treatment mainly focuses on symptom management including pharmacological and non-pharmacological approaches such as maximising exercise and engaging with specialities such as physiotherapy, speech and language therapy, and occupational therapy.