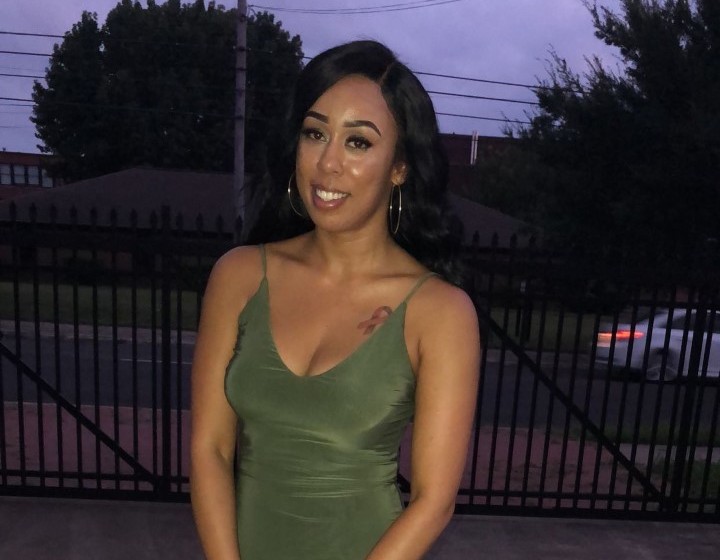 At the time, I had no idea what that meant so she confirmed that it was herpes and my heart immediately dropped. I was paralysed with fear, anger, and confusion – I had so many questions but was also speechless.

The nurse sensed my panic over the phone so went on to explain that my doctor did not want to prescribe me anti-viral medication and would only do so if I was having an outbreak because I had no symptoms at the time.

When the phone call ended, I burst into tears. The stigma immediately hit me.

Prior to my diagnosis, I had very little knowledge of herpes. I mostly only heard it used in cruel jokes or seeing scary pictures of outbreaks when searching the internet, which I dreaded ever happening to me.

I instantly felt dirty, shame, worthlessness, despair, and worst of all – an overall sense of not wanting to live anymore.

Thankfully, I’ve come a long way since then and now I speak openly about my diagnosis so people like me don’t feel the debilitating shame I did.

Around the time of my diagnosis, I was actually entering into a great season of my life. My career as an aesthetician was flourishing, I was very active in my church, and I was just overall in a positive space.

Everything was thriving except my love life.

I began entertaining a few of the guys that would show up in my DMs regularly, and Bob* was one of the options. We only dated for a few months but when things ended, I went to visit my doctor to get a full sexual health check up.

This was something I routinely did and considering I had no symptoms of any kind, I expected my results to come back negative.

The nurse collected various samples, did blood work and performed a visual examination – telling me she saw nothing that caused concern.

When I found out my diagnosis a few days later, my world fell apart.

Immediately after the phone call ended, the first person I told was my twin sister because I didn’t want my mind to spiral out of control. I am grateful that she was there and someone I felt safe to share my diagnosis with.

She was understandably upset, but she reassured me that I was going to be OK. In that moment, she shared with me that a guy she had dated disclosed his herpes positive status with her, which comforted me. She was my rock.

I later shared the news with my two best friends. It was during that conversation that one of my friends disclosed that she had herpes as well. That conversation deepened our friendship. I was met with genuine love and support from the few people I decided to share my status with.

I didn’t know it at the time, but I am asymptomatic – and have been to this day. This means that I do not have any physical symptoms of my herpes virus.

Back when I was first diagnosed, I found myself waking up each day wondering if that would be the day an outbreak showed up, but it never happened.

What I have learned about herpes is that for many people there are no physical signs – most of the pain, trauma, and suffering is emotional.

My dating life has been altered for sure, but not in a negative way like most people would think. My herpes status forced me to realise that in the past I had been seeking validation, acceptance, and love from men. It was a hard truth to sit with.

Early in my healing journey – when I would disclose my status to men I was dating – the reactions were all over the place. Some were visibly turned off and others acted as if it wasn’t a problem at all.

In one instance, I shared my status with a guy who I knew sex could be a possibility with so disclosing had to happen. After I told him, I saw the excitement leave his eyes. He looked confused and nervous and I felt his energy get distant.

It did not matter how many people accepted my herpes status if I had not accepted it myself. Once I prioritised my own healing, I understood that the stigma was a narrative I was creating for myself every day that I chose to think I was ‘less than’ because I had herpes. That had to stop.

Herpes is known as a sleeping virus, as it can lie dormant in your body for several years, which is why many people are unaware they even have it.

Even with no physical symptoms, there is always a chance the virus can be spread. Anti-virals, safe sex practices, and the knowledge of your early symptoms can greatly reduce the chances of transmission.

During my path to self-acceptance, I became a certified life coach in 2019. I had the desire to help women for many years but had never followed through on my certification in the past.

While gaining the tools to help myself, I was also able to be a source of encouragement and support for other women who were going through similar experiences.

My coaching clients are the reason I decided to share my story on my YouTube channel. With each client I coached, I gained more courage to go public about my diagnosis. I knew that I would be able to help so many more people by using such a large platform.

The response has been overwhelmingly rewarding. The feedback I have received from people all over the world has touched my soul. For every one negative comment I get, there are 999 positive ones telling me how my story has had a direct impact on their life.

I have seen how my story has opened the door for countless others to share what many of them have held onto for years. These conversations are so critical because they save lives.

The herpes stigma will hopefully end in my lifetime, and I will be partly responsible for it. I would not change a single thing about my past because it has led me here.

My hope is that for the millions of people living with HSV, they choose to see the ray of light at the end of a very dark tunnel that I once travelled through.

And if I can be that light for even one person, my purpose has been fulfilled.

* Name has been changed.