How to talk to your kids about the Boulder shooting 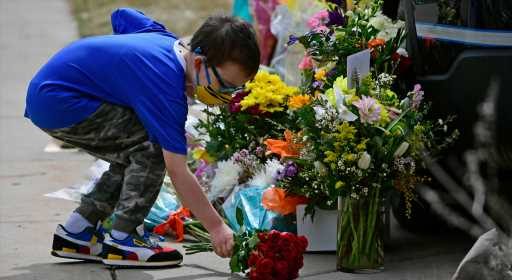 After a gunman walked into a King Soopers grocery store in Boulder on Monday and opened fire, Colorado parents are once again left wondering how to talk to their children about a mass shooting and horrific violence.

The best way to start a conversation with a child about the shooting, which left 10 people dead, is to ask them what they have heard or seen about the event and any questions they might have, said Jenna Glover, a child psychologist at Children’s Hospital Colorado.

“Different kids will be at different places and it’s really important for us to meet kids where they are at,” she said, adding that this approach invites a child to talk about what they have seen.

How to talk to children about the shooting

While talking about shooting, it’s important to keep the conversations age-appropriate.

For example, with younger children in elementary school, it is better to keep the information simple and reassure them that they are safe, according to the National Association of School Psychologists.

Also limit access to news of the event, including on television and on social media. Even when a news program is playing in the background, a child might pick up what is going on, so it is good to check in with them about what they are seeing and hearing, Glover said.

It’s possible a child may worry about their safety and be hesitant to go to a grocery store after the attack at King Soopers. It’s important to validate those fears, but still emphasize that such attacks are extremely rare.

And keeping a normal routine, such as making trips to the grocery story, will help with any increased anxiety a child might feel, Glover said.

Know when to seek professional help

People, including children, who are directly connected to the shooting or have past experiences with a similar event might have an acute trauma response to what happened.

This could lead to trouble sleeping and having a need to talk about the event. It’s important to create an environment in which they are comfortable to talk, but also don’t hesitate to reach out to a mental health professional, Glover said.