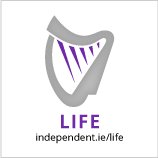 Having lost a baby from miscarriage in November 1998, my husband Seán and I were delighted on March 19th 1999 to discover we were expecting another baby. All was well and once the first 12 weeks had passed I relaxed and began to enjoy the pregnancy. Our first scan gave us a due date of December 2nd and we were happy in the knowledge that our baby would arrive before Christmas.

At 28 weeks I had a routine scan.  At that point I was sporting quite a large bump and my back was suffering.  I mentioned this to the consultant but felt he was a bit preoccupied.  I left that scan assuming all was well.  By October my bump was enormous and people suggested I must be having twins.  I was due to see my consultant again on October 18th when I was just over 33 weeks.  During the weekend leading up to it we went out and bought the first few baby items, full of excitement.  On the day of the appointment I went alone as Sean was working.  I had another scan and the consultant told me there was a lot of fluid around the baby.  I thought he was going to suggest draining it and didn’t imagine it was a big deal.  But he took my hand and told me there was a problem with baby.  Tears automatically flowed, even though I didn’t know the problem.  He then explained that the baby’s skull had not developed properly – the rest was a blur.

Our baby had anencephaly.  Anencephaly is a neural tube defect affecting the brain and skull growth.  The consultant showed me the screen and said the baby’s head should be bigger.  I didn’t know what to think.  There I was, on my own, not able to take in what I was being told.  I asked the consultant to call Seán and it was only then, when I heard him say the word ‘fatal’, that I realised our baby was not going to live.  He then had to call my workplace for me as I knew I couldn’t drive back to work – from Ballinasloe to Athlone.  One of my work colleagues arrived shortly afterwards, not knowing herself what was going on.  She brought me home and within a couple of hours Seán had been driven home by a work colleague from Sligo, not able to drive himself due to the shock.

I couldn’t even pronounce the word anencephaly for about three days.  Anyone who visited heard the story of the diagnosis.  I had to keep telling it over and over to make it real.  We had been told our baby was a boy.  We named him Jack at that point.  He was very lively in the womb, kicking for the most part of the day.  In the weeks that followed I spent my time concentrating on Jack, talking to him and telling him how much he was loved.  I suppose I became a bit of a recluse, afraid to go out to shops etc. for fear of people asking about the baby.  My managers were fantastic, allowing me time off.  I worked in the bank and it wasn’t easy having customers asking when the baby was due and trying to look upbeat about it.  We had planned to leave Athlone after he was born as we were moving to Sligo.  So for the last couple of weeks of pregnancy I packed up our belongings and tried to come to terms with what was about to happen.

I was booked in for a c-section on Wednesday, 8th December.  I was overdue and had no signs of going into labour.  The day came around too quickly of course.  Jack was born at 9.07am, weighing 5lbs 14oz, and he was brought into the resuscitation room straight away.  Our lovely midwife brought him back into us within minutes and held him between us.  She had put a little hat on, as we had requested, so we could not see the open part of his skull. His eyes were wide open, though there was no sign of movement from him.  The midwife held him with us until his heart stopped just 27 minutes after he was born.  I was so glad he had lived, even for those few minutes.  He made us very proud!

Both our families were waiting to meet him.  Needless to say they were a bit apprehensive about seeing him.  But they all got to hold him and have photos taken with him.  The nurse and pastoral care nun managed to get footprints for us.  These are the items we were to treasure.  While in the hospital, we were encouraged to see Jack and staff would bring him to us for an hour or so when we wanted.  It was lovely to hold him and try to take in every feature.  On 12th December we were due to leave the hospital.  As we were preparing to hand Jack to the midwife so she could lay him out, I took a moment alone with him.  I was crying and shaking uncontrollably.  While fixing his hat, his eye opened and while it gave me a fright, it also calmed me down.  In that moment I thought he was letting me know that he would always watch over us.  Of course I realised afterwards that his hat had just caught his eye lid but it was comfort when I needed it.  We left the hospital with our baby in his tiny white coffin.  As we walked down the corridor towards the exit there was a woman on a payphone chatting happily, until she turned and saw us.  I still recall the look of shock on her face as she stood there, heavily pregnant, not knowing where to look.  We made the journey to Mayo with my sisters and brothers in law and when we arrived the rest of our families were waiting for us.  There seemed to be a lot of people at the house for the service. While we had expected a few, it was lovely to see that so many people cared enough to come and support us.  Jack was buried with his grandad who had died at a young age 3 years previously.  It was heartbreaking to see Seán stand at the graveside watching our son be laid to rest with his dad.  Life was unfair.

As the days went by and family returned home and Seán went back to work, I found it incredibly lonely, despite the fact I had people around me.  Everybody else was getting on with their lives, and rightly so, but I felt stuck.  I visited the grave every day, sometimes spending up to an hour walking around to find graves of other babies.  That in itself made me feel like I wasn’t the only one to go through such a tragedy.  I went back to work four months later to a different branch of the bank.  It was difficult as people didn’t know my circumstances and I had to explain why I had been out of work for so long.

I don’t recall ever being offered counselling at the time of Jack’s death.  I did try to source some form of counselling service specific to baby loss but there wasn’t an active group in Sligo so I left it.  I went on to have two more children before finally realising the need to get help as I had suffered post-natal depression after them.  While I was thrilled to have my other babies I felt like I was expected to be over Jack’s death – like people breathed a collective sigh of relief now that I had more children.  This was far from the case.  If anything, it highlighted everything we had missed out on with Jack. I eventually went to counselling six years after Jack died and the few sessions I did attend were very helpful.  I only wished I had done it sooner.

I also found great comfort and help from A Little Lifetime Foundation, a charity helping bereaved parents.  We had another child in 2011 and I coped a lot better.   I can say in all honesty it took nine years before I finally accepted Jack’s death.  We got his birth and death certs around that time, something that hadn’t occurred to us previously.  In fact his death had never been registered so we had to organise that.  From that time I felt different leading up to his anniversary – a time which used to be filled with anxiety.  I’m not sure what changed but now I think of Jack without tears or anxiety.  I feel he has been an inspiration and has helped us through many difficult times since his death and has played a part in many good times too.  He is still very much a part of our family.  His photos are up on the wall, his name is spoken often and we celebrate his little life on his birthday/anniversary.  There is no such thing as getting over the loss of a baby.  In time we have to learn to live with it, what choice do we have?  It changes you, maybe makes you stronger as an individual and as a couple, or maybe breaks you.  I have been blessed with a wonderful husband who was my rock in the aftermath of Jack’s death.  I have been blessed with wonderful family who will never let the memory of Jack die.  And I have been blessed with wonderful friends who have stood by us through those tough years – one friend in particular would know what I was thinking before I’d even speak.  These are the people who talk openly about Jack and continue to make him a part of all our lives.  He would turn 20 this year, an adult, yet to us he will always be ‘baby Jack’.  How I wonder what he would be like had he been given the chance to live…