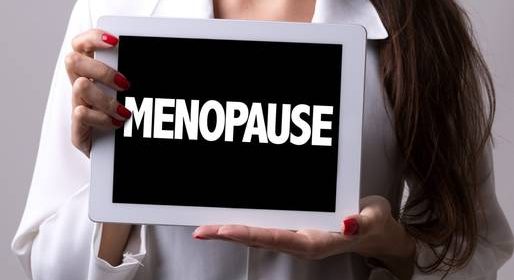 Menopause, like menstruation, is an inevitable part of adult female life – we all go through it at one stage or other; some women as early as their thirties (singer Michelle Heaton has revealed how she went through a difficult menopause at age 35), others not until they are in their fifties.

While some sail through it, those less fortunate will be plagued with hot flushes, mood swings and other such hormonal delights.

But while it is most definitely a rite of passage for all women, many are strangely reluctant to talk about it which leaves some in the dark about what to anticipate when going through this completely normal life change.

So we asked those in the know what to expect:

1 How will I know when menopause has begun?

Knowing when it has begun can be difficult to pinpoint but Aisling Grimley, founder of menopause advice site mysecondspring.ie, says the start is defined as being one year from your last period with perimenopause being the time (up to 10 years beforehand) when slowly declining oestrogen levels can bring a variety of menopausal symptoms.

“In Ireland, the average age for menopause is 51, so in your 40s you may have your first perimenopausal symptoms, which are like extreme PMS symptoms such as heavy periods, a change in menstrual cycle, irritability and even rage,” she says. “You might notice changes in sleeping patterns and may experience anxiety, depression, panic attacks and mood swings for the first time. But as the declining oestrogen hormone – along with a general rebalancing of all the sex hormones – affects most systems in the body, menopause symptoms can vary widely.”

2 Will I need to see a doctor?

“I would recommend a general health check-up around the age of 50 for a blood test which tests for iron and cholesterol levels as well as mineral and vitamin deficiencies,” she says. “Also have a bone density scan which will be a benchmark for future reference.”

3 How is menopause confirmed?

The HSE advises women to see their GP if they are unsure whether or not they are actually menopausal.

“Your GP should be able to confirm that you have the menopause by considering your age, whether or not you are still having periods and by asking about your symptoms,” says a spokeswoman.

“There is no definitive test, although measuring the level of follicle-stimulating hormone (FSH) in your blood can occasionally help confirm a diagnosis. This is because FSH rises in women who are menopausal. However, a high level of FSH alone is not enough to make a diagnosis.”

4 Will I get hot flushes?

While hot flushes are one of the most commonly recognised symptoms, Dr Kushal Chummun, Consultant Obstetrician and Gynaecologist at the Rotunda Hospital, says there are many other indicators.

“Nearly all women experience menstrual irregularities and there is usually an increase in the cycle length followed by skipped menstrual period before the final one,” he says.

“Some women may experience shortening of their cycle and heavier menstrual blood loss. Hot flushes are the most common symptom and can affect up to 80pc of women with perspiration and palpitation followed by chills and anxiety. It can occur at any time of the day but are particularly common at night.”

“It is false to say you cannot get pregnant after menopause,” says a spokeswoman for the HSE. “It can and does happen so carry on using contraception for two years after your last period if you are under 50 and for one year if you are over 50.” “Sleep disturbance is also very common and affects nearly 40pc of women,” says Dr Chummun. “And there can also be an onset of depression, vaginal dryness due to a lack of oestrogen which can cause a sensation of dryness, itchiness and painful sexual intercourse. These symptoms combined with hot flushes can all contribute to loss of libido and sexual dysfunction.”

7 What are other symptoms?

Dr Chummun says some women experience difficulty concentrating and suffer memory loss while others will see an increase in headaches during the perimenopause along with joint aches and pains when the menopause starts.

Middle-age spread is often linked to hormonal changes but, according to the HSE, there is no proof that this is due to menopause. “Those extra inches could just be part of growing older and being less active.”

9 Will my moods change?

Aside from mood-affecting hormonal changes, the physical discomfort brought about by menopause can also make women feel uncharacteristically low, says Aisling Grimley of My Second Spring and organiser of Ireland’s first menopause summit called ‘The M Word: Everything You Need to Know About Menopause’, which takes place this autumn.

“Every woman is different but don’t be surprised to find your mood dropping lower than ever at times,” she says. “Anyone can experience unexpected anxiety at this time, while many feel a loss of confidence and purpose along with menopause symptoms.

“I have found that for anxiety, cognitive behavioural therapy is effective. And for mood swings, it is very important to do things you enjoy every day and be with people who bring your mood up. Daily exercise is essential – this doesn’t have to be strenuous – a walk and talk is perfect.”

10 What treatments are available?

Dr Chummun says a combination of medication and lifestyle modification may be important as treatment is dependent on the patient’s complaints and also the prevention of long-term consequences of lack of oestrogen in menopause, such as osteoporosis and cardiovascular disease.

“Hormone replacement therapy [HRT] is indicated to treat symptoms of menopause, most importantly hot flushes, but is also helpful to treat depression, sleep disturbance, vaginal dryness and joint aches associated with menopause,” he says. “This is only recommended for short term use not exceeding five years and some women are not suitable for it – here, antidepressants can be used to treat depression and have also been found to be effective against hot flushes.

“Vaginal lubricants and moisturisers can be used for vaginal dryness and during sexual intercourse while calcium, vitamin D supplements and bisphosphonates are used to prevent osteoporosis. And while natural remedies such as isoflavones [phytoestrogens] and black cohosh may relieve hot flushes, their safety is uncertain as they may stimulate breast tissue similar to oestrogen and interact with other medications.”

11 Can a change of lifestyle help?

The expert in women’s health says lifestyle modifications are important to cope with menopausal symptoms and to prevent cardiovascular disease and osteoporosis.

“Smoking cessation, weight loss, limiting alcohol and caffeine are important not only because they can trigger hot flushes but also because they are additional risk factors to cardiovascular disease and bone problems,” advises Dr Chummun.

“Taking simple steps such as wearing lighter clothes and sleeping in a cooler room may reduce the number of hot flushes while going to sleep and getting up at the same time and avoiding naps can improve sleep problems.

“There is evidence that active women have fewer symptoms of menopause so doing regular weight-bearing exercise such as walking, jogging, aerobics is important to prevent osteoporosis and cognitive behavioural therapy [CBT] can improve low mood and anxiety associated with menopause.”

12 Are there any alternative remedies?

“The most important remedies, in my opinion, are high-quality food, lots of vegetables, daily exercise and getting to know your own mind and body,” says Aisling Grimley.

“And if your symptoms are troublesome, I would say seek help in whatever form you like best: homeopathy, HRT, herbal medicine, herbs, and supplements prescribed by a qualified nutritionist or kinesiologist.”

13 Does a difficult menopause run in families?

“There is no evidence that your menopause will be difficult because it was for your mother,” says the HSE spokeswoman. “But the age at which your mum went through it could give you a clue as to when to expect symptoms because this tends to be similar between mothers and daughters.”