Hope for baby on drug that costs £1.79m per dose 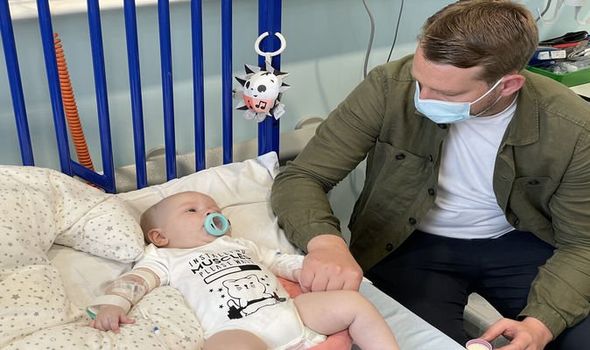 He has spinal muscular atrophy (SMA), which causes progressive muscle weakness. SMA babies have a life expectancy of two years, but gene treatment Zolgensma has given Arthur’s family fresh hope. The therapy, which has a list price of £1.79million per dose, was made available on the NHS at a confidential discount in a deal with maker Novartis Gene Therapies. Arthur’s father Reece said: “When we found out that he would get the treatment, and be the first patient, I just broke down.

Arthur was born six weeks prematurely in December and diagnosed last month when his mum Rosie, from south London, and Reece, 31, took him to hospital after he became immobile, floppy and could not hold up his head.

Inherited condition SMA causes paralysis, muscle wastage, breathing problems and progressive loss of movement. Until two years ago there were no treatments available for youngsters with the disease.

Zolgensma was recommended for patients up to one year with type 1 SMA, one of the severest forms, by the National Institute for Health and Care Excellence in March. It works by replacing the missing SMN1 gene with a working copy, which then produces proteins essential for nerve function and for controlling muscle movement.

In trials babies hit milestones such as breathing without a ventilator, sitting up unaided, crawling and walking after just a single dose – and can also prolong their lives.

Self-employed plasterer Reece said: “It had been such a whirlwind few weeks, filled with lots of anxiety and adjustment as we learnt about his condition and what it might mean. 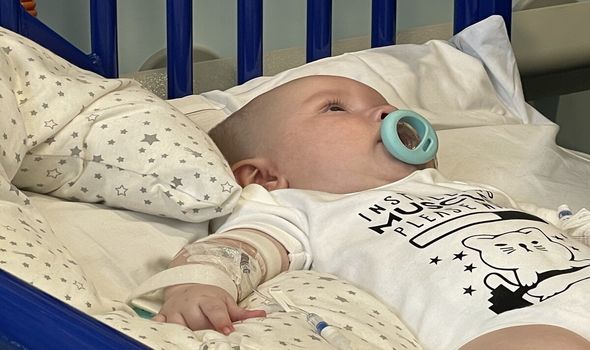 “The way the treatment works is incredible, where the gene is hidden in a virus, and is given to him in a simple canula. This is the best possible treatment and will give him the best life he can have. We are so grateful.”

The therapy is being offered at centres run by NHS trusts in Bristol, London, Manchester and Sheffield. Up to 80 babies and children could benefit every year.

Dr Elizabeth Wraige, consultant paediatric neurologist at the Evelina hospital, said: “Babies like Arthur, who is first to receive this treatment in England, may now be able to have a one-off gene therapy to treat the root cause of SMA with the aim of preventing the further progression or even onset.”

She added: “This treatment will bring hope to families affected by SMA who have fought so courageously.”

Liz Ryburn, of the SMA UK charity, said: “It’s very heartening. We know there has been a huge amount of work going on by clinicians and NHS England.We hope those [families] currently waiting will soon be able to have full discussions with their clinical team to see if this treatment option will also be appropriate for their child.”

It is the second treatment for SMA, after a deal in 2019 for Spinraza, which older patients can have.

Sir Simon Stevens, NHS England chief executive, said that its Long Term Plan “committed to securing cutting-edge treatments for patients at a price that is fair to taxpayers.

Zolgensma is the latest”.