In British Columbia (BC), Canada, vaccination against coronavirus disease 2019 (COVID-19) began with the Pfizer/Moderna mRNA (messenger ribonucleic acid) vaccines began with nursing home residents and frontline healthcare workers. New research by scientists in Canada suggests that these are known to have a high protective efficacy of 92-93% after a single dose, but this data comes from younger and healthy adults, for the most part. 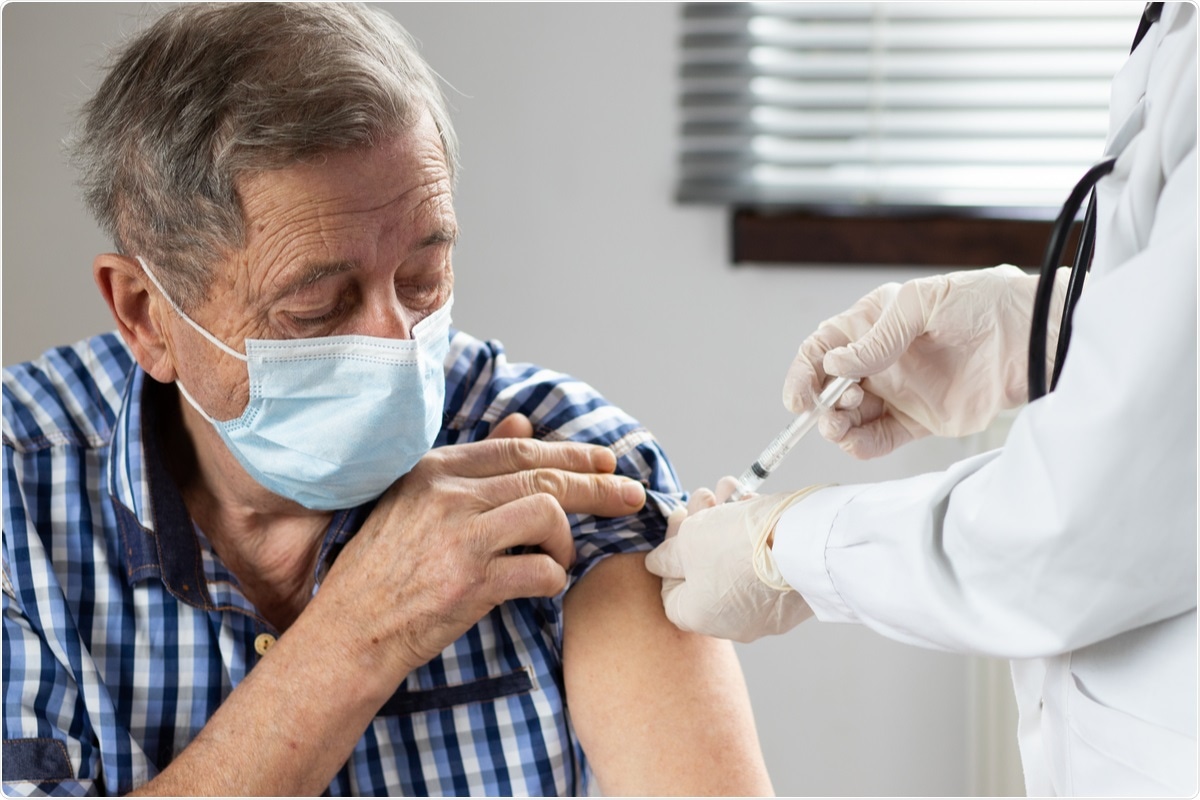 A preprint version of the study is available on the medRxiv* server, while the article undergoes peer review.

Since vaccine stocks are in short supply, many countries resorted to lengthening the interval between doses to increase single-dose coverage, thus protecting more people in a shorter time. However, the efficacy of protection following a single dose is as yet uncertain.

Many reports have focused on populations with a high proportion of completely immunized individuals, with both doses having been taken within nine weeks. This has made it difficult to differentiate direct and indirect vaccine effects, as well as the effect of the first dose as compared to that of both doses.

The current study follows individuals who have received only one dose. The subjects came from the 673,000-strong community of independently living people of 70 years or more.

Those who had positive virus tests by reverse transcriptase-polymerase chain reaction (RT-PCR) on specimens between weeks 14-17 from the start of the pandemic in BC were included. Only one positive test specimen was used per individual, with the variants being detected as P.1, B.1.17, or non-VOC.

The second wave in BC was caused mostly by variants of concern (VOCs), with both P.1 and B.1.1.7 being prominent among them. Community testing based on symptoms was used to identify real-life vaccine efficacy against all variants, including VOCs, after one dose of an mRNA vaccine.

In addition, B.1.351 and B.1.617.1/2 were also present, while 1% could not be determined. These four categories were not included in the analysis of vaccine efficacy by variant.

Vaccine coverage (prime dose) among both cases and controls reached 85% and 90%, by week 14, 85% with the Pfizer vaccine. Among test-negative individuals, it was about 75%, comparable to that in the over-70 community at large. Most of the test specimens were obtained within 42 days of vaccination.

Vaccination associated with 65% fall in cases

VE also varied with variant, with a fall in non-VOC infections by almost three-fourth, compared to a reduction of two-third in B.1.1.7 and 60% for P.1, at three weeks post-vaccination.

The researchers have shown that one dose of an mRNA vaccine in adults over 70 years prevented a major chunk of new infections. VE increased with the duration from vaccination, beginning from 40% after two weeks, through 60% after 21 days, up to 75% at five completed weeks.

At up to three weeks, therefore, the vaccine appears to reduce the number of cases by 65%, at least, though this may be an underestimate, according to the researchers.

Our findings suggest that a single dose of mRNA vaccine prevented about two out of three SARS-CoV-2 infections in older adults [in the community]. Such protection is particularly meaningful considering that it was provided during a period of peak pandemic risk, when VOCs were predominantly contributing [70%] to the epidemic in BC.”

This is comparable to the results of earlier studies in older adults. This substantial level of protection in older adults supports the extension of the interval between doses in conditions of vaccine shortage when increased coverage is urgently required.

The gradual improvement in VE over time may be due to the slower immune responses in the elderly. Another explanation is that many cases may have been considered to have occurred despite vaccination when the virus had actually been contracted prior to the vaccination. This occurs when the interval prescribed to determine when a case is potentially preventable by vaccine is too short, because it is based on the date of specimen collection and not the date of symptom onset.

Further studies should focus on using longer intervals to estimate VE, considering the inherent variability in the date of specimen collection or test positivity, in contrast to the fixed two-week interval used in clinical trials.

Moreover, researchers must also analyze VE by variant more carefully since all do not have the same susceptibility to vaccine-induced antibodies.