High percentage of positive portrayals of vaping on TikTok 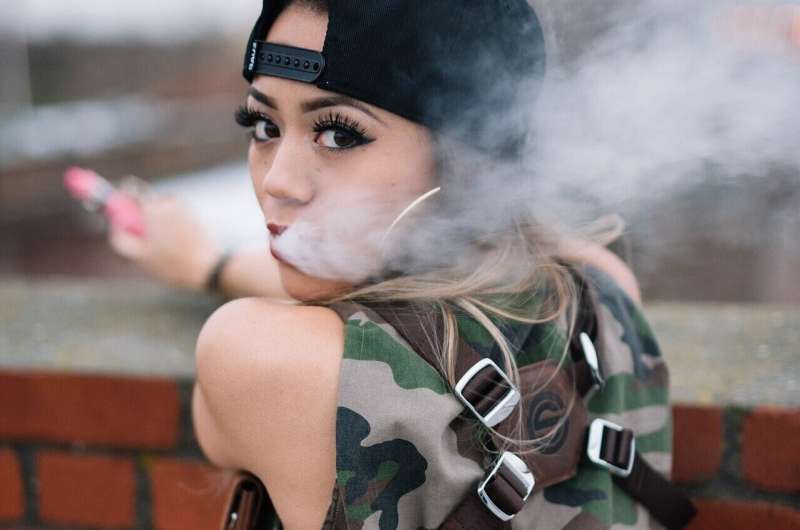 Positive portrayals of e-cigarettes and vaping are freely available without any age restrictions on TikTok—the video sharing platform—and have been viewed many times, finds research published online in the journal Tobacco Control.

Tighter regulations are needed to curb teens’ potential exposure to these videos, given the popularity of the platform with this age group, urge the researchers.

Research suggests that the prevalence of e-cigarette use within the previous month among US high school students rose threefold from around 9% in 2014 to over 27% in 2019. And emerging evidence suggests that vaping may harm the developing brain, lungs, and heart.

TikTok is the fastest growing platform worldwide, attracting 800 million monthly users who spend an average of 52 minutes on it and watch more than 200 videos a day, say the researchers. A third of its users in the U.S. are aged 14 or younger.

TikTok’s community guidelines restrict uploading videos featuring ‘the depiction, promotion, or trade of drugs or other controlled substances’. Advertising of tobacco and alcohol products is also banned on the platform.

Given TikTok’s increasing popularity among teens, the researchers wanted to see how videos featuring e-cigarettes and vaping were portrayed on the platform.

And they collected publicly available URL links for the most popular vaping-related videos (1000) from the inception of TikTok (earliest upload date January 2019) to November 2020.

The numbers of views, likes, user categories and themes were then independently reviewed.

After removing duplicates and videos unrelated to vaping, despite their hashtag, the final sample contained 808 videos.

The people in the videos were perceived to be 71% male and 26% appeared to be under 18.

This is an observational study, and therefore can’t establish causality. The researchers acknowledge that their sample didn’t capture videos that used emoticons or those that don’t caption their postings with hashtags. Nor are the findings able to determine the outcome of exposure to e-cigarette content.

But they point out that “experimental and longitudinal data suggest that viewing other young people, friends, acquaintances or influencers vaping in fun and entertaining contexts, is likely to normalise e-cigarette use and make it a behaviour to emulate.”