Heart attack: Three lesser-known warning signs you could be having a silent heart attack

Heart attacks are a serious medical emergency in which the supply of blood to the heart is suddenly blocked. The common signs of a heart attack include chest pain, shortness of breath, or an overwhelming feeling of anxiety. A silent heart attack is different, what are the symptoms to spot?

Harvard Health said: “You can have a heart attack and not even know it.

“A silent heart attack, known as a silent myocardial infarction (SMI), accounts for 45 percent of heart attacks and strikes men more than women.

“They are described as ‘silent’ because when they occur, their symptoms lack the intensity of a classic heart attack.”

Signs you could be having a silent heart attack include nausea, cold sweats or dizziness.

Dr Jorge Plutzky, director of the vascular disease prevention program at Harvard-affiliated Brigham and Women’s Hospital said: “SMI symptoms can feel so mild, and be so brief, they often get confused for regular discomfort or other less serious problems, and thus men ignore them.” 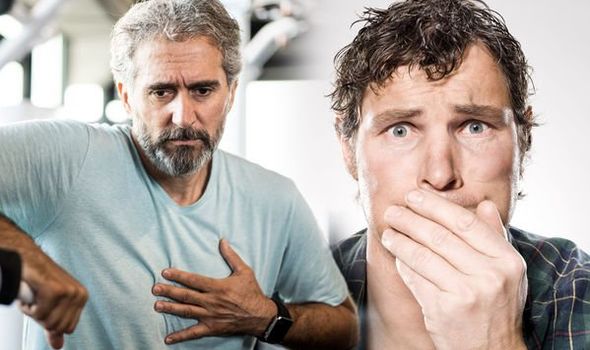 What is silent heart attack?

“You might not have chest pain or shortness of breath, which are typically associated with a heart attack.

“People who have a silent heart attack might later recall that they had indigestion, the flu or a strained chest muscle.

“But a silent heart attack, like any heart attack, involves blockage of blood flow to your heart and possible damage to the heart muscle.”

What makes a heart attack silent?

Penn Medicine said: “A silent heart attack is just like any other – and just as damaging.

“If plaque (which consists of fat, cholesterol, and other substances) builds up in the arteries that carry blood to the heart, this blood flow can be significantly or completely cut off.

“The longer your heart doesn’t have blood flow, the more damage that occurs.

“Because silent heart attacks may go unnoticed, they can cause a significant amount of damage.” 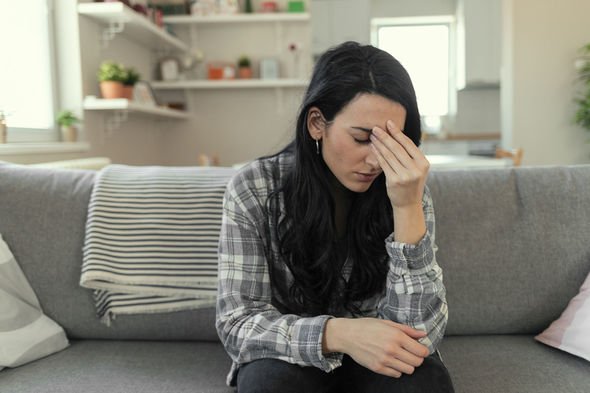 Harvard Medical School said: “A silent heart attack is usually detected from an electrocardiogram or echocardiogram, which can highlight heart muscle damage.

“Another method is a blood test for the molecular footprints of troponin T, a protein released by injured heart cells.

“That test is often used in emergency departments for patients with a heart attack.”

One of the best ways to significantly reduce your risk of a heart attack is to monitor your diet and avoid foods which will increase risk.

By continuing to eat high-fat foods, fatty plaques will build up in the arteries more and more.

This is due to the high cholesterol content found in these foods.

Saturated and unsaturated are foods one should avoid too as they increase levels of LDL cholesterol often called the “bad” cholesterol due to how it collects in the walls of the blood vessels.

It’s strongly advised to eat a diet which is rich in fruits and vegetables and try to cook most of our own meals at home so as to ensure there are no added dangerous ingredients which could increase your risk of a heart attack.

Sewage can give a week’s extra warning of coronavirus spikes: study
Medications