"Hearing the words 'You have cancer' shocked me to the core" 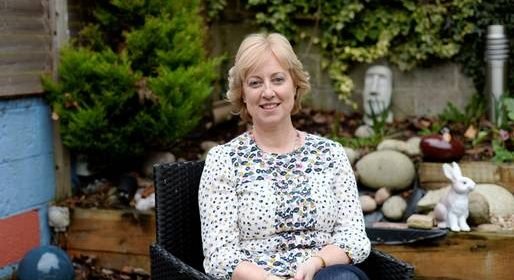 Today is World Cancer Day – an international day to raise awareness of cancer and to encourage its prevention, detection, and treatment.

Everyone across the globe is affected by it and Ireland has the third highest rate of cancer in the world. By 2020, it is estimated that one in two of us will develop the disease at some point in our lifetime and 40,000 new cases or related tumours are detected annually.

These are frightening statistics, but while many people are indeed developing cancer, there are more than 170,000 people living with and beyond cancer today in Ireland.

Elizabeth Morgan (51) is one of those survivors and believes her quick response to suspicious symptoms made all the difference.

“In October 2015, I had some stomach problems and thought I was maybe developing a food intolerance as the symptoms weren’t severe or alarming,” says Elizabeth. “Then I noticed blood in my stool and went to see my GP who wasn’t overly concerned but thought it might be a good idea to have a colonoscopy as I’d never had one. I was referred to a consultant and given a date in January 2016 for the procedure.

“Alan and I had got engaged in November 2015 and planned to marry in July 2016, so were busy making preparations. By the time January came, we had booked the priest, the venue and I had decided on the dress. I was feeling very well and really thought it was pointless going for the colonoscopy – but I went anyway, feeling in no way apprehensive.”

Elizabeth, who lives in Rathfarnham with her husband Alan and step-daughter Niamh, was totally unconcerned about the outcome of her examination, so was unprepared for the news that there was, in fact, a growth in her colon.

“Straight after the colonoscopy, the consultant told me there was a growth on my colon and that I needed to have a CT scan,” she recalls. “It just didn’t register with me that this was something serious so I went home and really didn’t think about it.

“But two days later I received a call at work from the consultant who said I would need to be referred to a surgeon. I was given a date and time for the following week. Cancer wasn’t mentioned but she said there was evidence of cells changing. Now I started getting concerned – Alan’s first wife had died of cancer a few years previously.

“At the meeting with the surgeon, he drew a picture of my colon and a circle indicating a growth. I asked if it was cancer and he said the pathology was not indicating that, but he couldn’t rule it out. I was in total disbelief. I remember saying to him ‘But I’m getting married and my fiancé lost his first wife to cancer’. He reiterated that cancer wasn’t confirmed. I needed to have a colon re-section – where a foot and a half of my colon would be removed. I said I wanted the surgery as soon as possible and was booked in for the following week.”

The primary school teacher was understandably nervous about the road ahead, but knew that she wanted to get on with treatment as soon as possible as this would give her the best chance of survival.

“It was a lot to absorb but as cancer hadn’t been confirmed, I focused more on the surgery when telling Alan and my family,” she says. “I literally had to stop work immediately and told my pupils I’d see them in a few weeks. I felt so well that it felt almost surreal going into the hospital for a major operation. But my surgeon was fantastic and the operation was very successful.

“It was such a relief to have the surgery behind me and also that I didn’t need a colostomy bag – which had been a possibility. However, the uncertainty was hanging over me as I didn’t know what would come next.

“It was two weeks before I got my results and by this time, I was at home making a good recovery. I knew a cancer diagnosis was still a possibility, but I felt positive. Alan and I met my surgeon on Monday, February 22 and I just had this feeling that he was going to tell me something I didn’t want to hear. He did – I was told that I had colon cancer, stage 3. The cancer had spread to some of my lymph nodes. I was somewhat prepared for bad news but the reality of those words ‘You have cancer’ shocked me to the core.”

Elizabeth was even more concerned about the affect the disease would have on her family and friends as she prepared herself for a long, gruelling time ahead.

“The news was devastating for Alan and for Niamh who had both gone through the cancer journey with Adele and now it was facing them again,” she says. “For my family and friends it was a huge shock as my diagnosis came out of nowhere. I hadn’t been complaining about being unwell and there was no lead-up to it.

“But when we met my oncologist he gave us hope which really helped us to get through the following months. He did explain that colon cancer is a disease of mainly older men and as I had no family history and was only 48, I really didn’t fit the typical profile. We told him about our upcoming wedding and he gently suggested that it might be a good idea to push the date out so we rescheduled it to December 2016.”

The bride-to-be completed a six month course of chemotherapy in September 2016, which was tough and left her totally exhausted and suffering from ongoing nausea. She also developed neuropathy (loss of feeling) and tingling in her hands and feet – but the prospect of a wedding on the horizon, kept her motivated through it all.

“During the six months, I lived from treatment to treatment and wasn’t able for very much in between,” she admits.

“I existed in a bubble and the regular hospital visits made me feel safe. I tried to remain positive and focus on all I had to look forward to so the to-do list for the wedding kept me busy. And the whole process was made easier by the huge support of my family and friends who helped get me through those months.

“As it came nearer the end of treatment, I became more anxious about the final scan and whether it would be clear but thankfully, I received very good news and by the time I finished chemo in September there was no evidence of disease. Over the following few months I tried to work on my energy levels with the help of a wonderful acupuncturist. It meant that I was feeling very well for our wedding on December 17, 2016 and we had a magical day. I returned to work six months after chemo finished and my principal and colleagues were hugely supportive in helping me to settle back.”

There are over 170,000 cancer survivors in Ireland today and while survival rates vary hugely between the different cancers, Elizabeth would encourage anyone who has been recently diagnosed to try to remain positive and take each day as it comes.

“I am now almost three years post-surgery – initially I was scanned every three months post-chemo and then it was pushed out to nine months and in my most recent appointment, my scan was clear,” she says. “Even though I have been feeling very well, I dread those appointments and it’s a huge relief to get good news, particularly as I don’t need to be seen for another year.

“One of the biggest pieces of advice I would give anyone receiving a cancer diagnosis is to try not to look too far ahead as this can be overwhelming. There’s an awful lot to absorb at the beginning – it’s a whole new language you are trying to get your head around so take it one baby step at a time. Ask questions and don’t Google – your oncologist and his or her team are there to support you and help you navigate this new terrain.

“It’s so important not to ignore any symptoms which are unusual for you. If I hadn’t gone to see my GP when I did, my outcome would, no doubt, have been different. I did not fit the typical profile for colon cancer and yet it was already at stage 3. It would have been so easy not to have had that colonoscopy as it was so low down on my priority list at that time – but it saved my life. Now, three years later, life has never been better – I have a lot to be grateful for.”

What you need to know about Colorectal cancer

Screening can detect polyps before they become cancerous, as well as colon cancer during its early stages, when the chances of a cure are much higher. Knowing the signs increases survival rates

Both men and women are equally at risk for colon cancer, and around 2,700 people are diagnosed with it in Ireland each year. While it remains a very preventable disease, colon and rectal cancers happen to people with no known risk factors, which is why regular screening is so important.

So what is bowel cancer and what symptoms did you need to look out for. Below is a comprehensive list on ways to reduce your risk and spot the signs.

What is Colorectal cancer?

⬤ Bowel cancer is cancer in any part of the large bowel (colon or rectum).

⬤ It is also known as colorectal, colon or rectal cancer, depending on where it starts.

⬤ You can reduce your risks by eating well, having a healthy body weight and getting regular exercise. It’s also important to limit alcohol and avoid smoking.

⬤ ICS advises people aged between 60 and 69 to use the BowelScreen home test.

⬤ BowelScreen can find changes that, if left untreated, could lead to cancer. It can also detect the cancer at an early stage, making it more treatable.

⬤ Bowel cancer affects both men and women, but is more common in people over 50.

⬤ According to WHO (World Health Organization) colorectal cancer is the second most common tumour among both men and women, after lung tumours.

⬤ Having a member of your immediate family who has had the disease or another bowel condition increases your risk.

⬤ You’re also more at risk if you are overweight; have a diet high in fat and red meat and low in fibre, fruit and vegetables; smoke; and drink above the low-risk guidelines. But people with no risk factors can still get the disease.

⬤ A change in normal bowel motion, such as diarrhoea or constipation.

⬤ Feeling you have not emptied your bowel fully after a motion.

⬤ Pain or discomfort in your abdomen (tummy) or back passage.

⬤ Trapped wind or fullness in your tummy.

⬤ Tired and breathless (due to anaemia from blood loss).

⬤ These symptoms can also be due to complaints other than bowel cancer. But do get them checked out by your doctor, especially if they last for more than four to six weeks.

Where to get help

If you or someone you know has been diagnosed with bowel cancer, the Irish Cancer Society can provide the information you need, whether you’re making a decision about treatment, looking for support, or just need to understand the basics.

For more information visit cancer.ie and bowelcancer.ie or 1800 200 700 or 1800 45 45 55 You can download booklets and factsheets, including information about cancer types, treatments, side-effects, emotional effects, financial information and more.