‘Make no mistake, a flu pandemic is inevitable’: Economist urges Governments to stockpile antibiotics ahead of a pending outbreak as it’s the secondary bacterial infections that kill

An economist has urged Governments all over the world to stockpile antibiotics in preparation for a pending flu outbreak.

Although antibiotics are ineffective against the viruses that cause flu, Ramanan Laxminarayan warns it is the secondary bacterial infections – such as pneumonia – that are most deadly.

As well as saving lives, a study found stockpiling the drugs would save governments billions in treatment costs and working days lost. 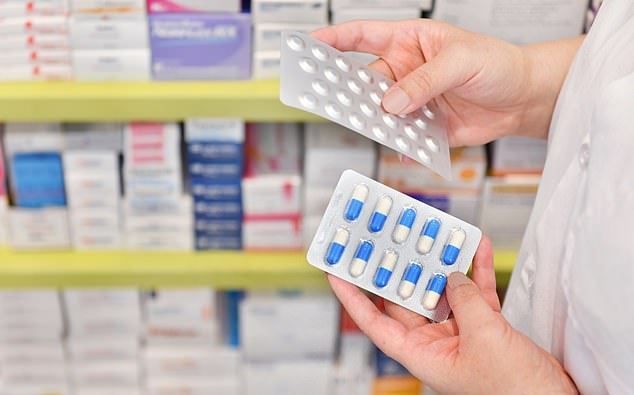 Prediction: Experts from the Center for Disease Dynamics, Economics and Policy in Washington DC have urged governments around the world to stockpile antibiotics (stock)

The research was carried out by the Center for Disease Dynamics, Economics and Policy in Washington DC.

The economists created a model that analysed the financial value of holding antibiotics to use in global flu outbreaks, The Telegraph reported.

Results – published in the journal Health Economics – revealed stockpiling the drugs would save global economies between $3 and $4 billion (around £2.3-to-£3.1 billion).

These savings would come from avoiding the financial impact of sick days and urgent healthcare, as well as the death toll, Mr Laxminarayan said.

WHAT IS ANTIBIOTIC RESISTANCE?

Antibiotics have been doled out unnecessarily by GPs and hospital staff for decades, fueling once harmless bacteria to become superbugs.

The World Health Organization (WHO) has previously warned if nothing is done the world is heading for a ‘post-antibiotic’ era.

It claimed common infections, such as chlamydia, will become killers without immediate solutions to the growing crisis.

Bacteria can become drug resistant when people take incorrect doses of antibiotics or if they are given out unnecessarily.

Chief medical officer Dame Sally Davies claimed in 2016 that the threat of antibiotic resistance is as severe as terrorism.

Figures estimate that superbugs will kill 10 million people each year by 2050, with patients succumbing to once harmless bugs.

Around 700,000 people already die yearly due to drug-resistant infections including tuberculosis (TB), HIV and malaria across the world.

Concerns have repeatedly been raised that medicine will be taken back to the ‘dark ages’ if antibiotics are rendered ineffective in the coming years.

In addition to existing drugs becoming less effective, there have only been one or two new antibiotics developed in the last 30 years.

In September, the WHO warned antibiotics are ‘running out’ as a report found a ‘serious lack’ of new drugs in the development pipeline.

Without antibiotics, C-sections, cancer treatments and hip replacements will become incredibly ‘risky’, it was said at the time.

‘Most people don’t realise that what kills people during a pandemic is not just an influenza virus, but a secondary bacterial infection,’ he said.

‘Make no mistake, it’s inevitable that there will be another flu pandemic – it may happen next year, or in the next 15 years, but it is inevitable and we cannot prevent it.

‘There is huge value in stockpiling and withholding antibiotics so we are prepared.’

Mr Laxminarayan referenced the 1919 Spanish flu pandemic that killed between 50 and 100 million people around the world.

Most of these deaths were due to secondary bacterial infections, not the flu virus itself.

Around two per cent of the population died in the Spanish flu outbreak, which would equate to 886,877 deaths if it was to happen again.

Fears of a flu pandemic have mounted following the worst outbreak in recent years that rocked the UK, Australia and the US.

Dr Tedros Adhanom, chief of the World Health Organization, warned in February last year that humanity is ‘vulnerable’ to a pandemic.

The Cabinet Office already lists pandemic influenza as the biggest threat on the UK’s Risk Register – ahead of terrorism and cyber-attacks.

A mutated strain is the most likely to wipe out millions because it can join together with other flu strains to become deadlier.

This is what sparked the Swine flu pandemic of 2009, which killed nearly 300,000 people across the world after striking around 60 countries.

WHAT WAS SPANISH FLU?

The 1918 flu pandemic was unusually deadly and the first of two involving the H1N1 influenza virus.

It infected 500 million people globally, more than one-third of the world’s population, including people on remote Pacific islands and in the Arctic.

It resulted in the deaths of an estimated three to five per cent of the world’s population, making it one of the deadliest natural disasters in human history.

Spanish Flu resulted in the deaths of an estimated three to five per cent of the world’s population, making it one of the deadliest natural disasters in human history. This image shows soldiers from Fort Riley, Kansas, ill with the virus

Within months it had killed three times as many as World War I and did it more quickly than any other illness in recorded history.

To maintain morale, wartime censors minimised early reports of illness and mortality in Germany, Britain, France, and the United States.

However, newspapers were free to report the epidemic’s effects in Spain.

This created a false impression of Spain as being especially hard hit, leading to the pandemic’s nickname Spanish flu.

The close quarters and massive troop movements of World War I hastened the pandemic and probably both increased transmission and augmented mutation, researchers believe.

The true global mortality rate from the pandemic is not known, but an estimated 10 per cent to 20 per cent of those who were infected died.

This would lead to a death toll of between 50 to 100 million people.