Girl, two, saves her unconscious mother’s life using FACETIME after an allergic reaction to painkillers caused her to pass out

A clever two-year-old has saved her mother’s life using FaceTime after she suffered a near fatal allergic reaction and fell unconscious.

Esmé Hawkins, from Kingsteignton, Devon, used her initiative when her mother, Jasmine Pounsberry, 24, collapsed and hit her head on the floor last Thursday.

The stay-at-home mother had suffered a random allergic reaction to the painkiller codeine, which she was taking to help ease an ear infection.

Esmé managed to find her mother’s mobile phone, unlock it, and FaceTime Miss Pounsberry best friend, Jess Decént, 23, to tell her ‘mummy was sleeping and hurt her head’.

Paramedics rushed to the house, where a heroic Esmé, who had put a blanket over her mother, said: ‘You make mummy better now.’ 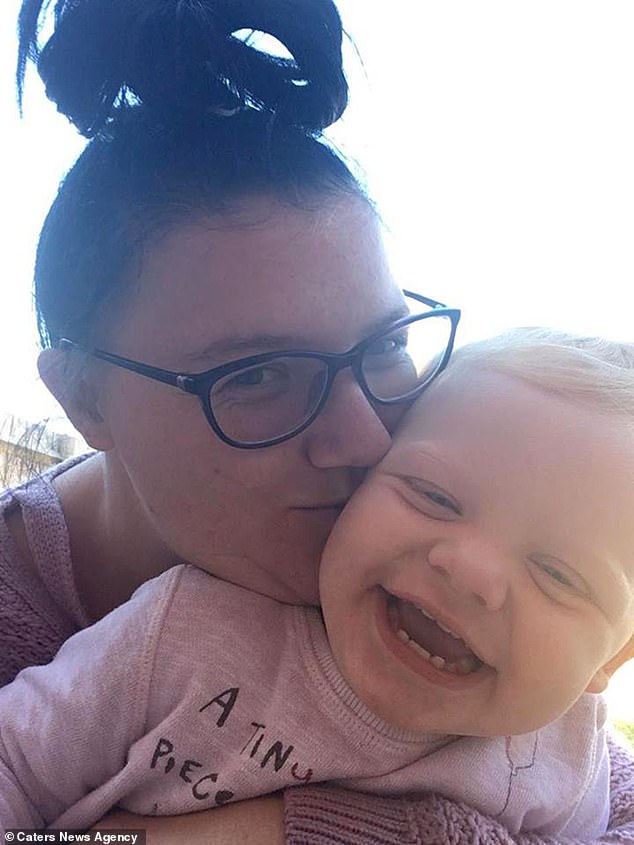 Esmé Hawkins, from Kingsteignton, Devon, is a life-saver after Facetiming for help when her mother, Jasmine Pounsberry, 24, became unconscious after she collapsed 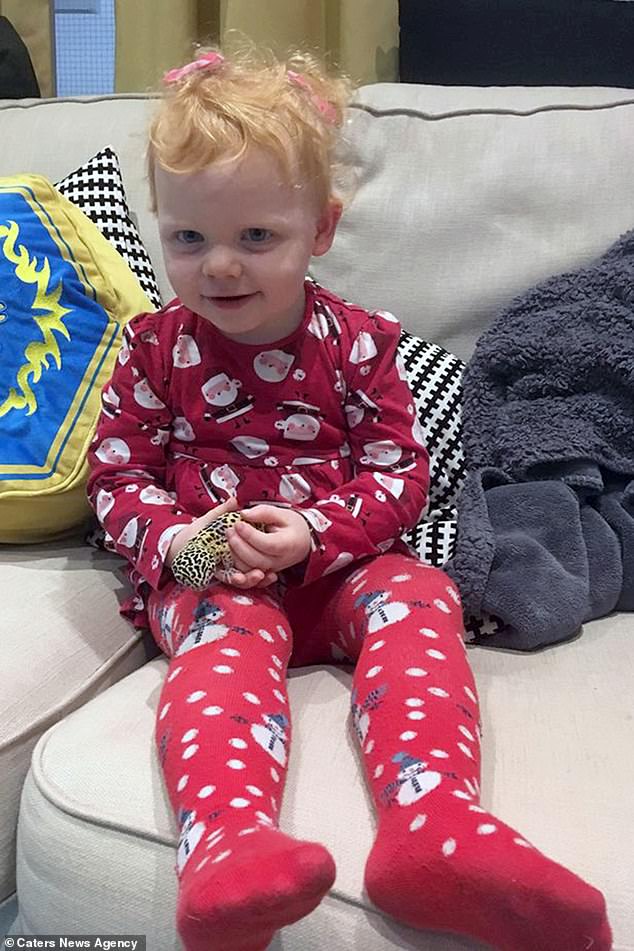 Esmé managed to find her mother’s mobile phone, unlock it, and Facetime Miss Pounsberry’s best friend, Jess Decént, 23, to tell her ‘mummy was sleeping and hurt her head’

Miss Pounsberry said: ‘I collapsed in the hallway and banged the back of my head on the wall, knocking myself out.’

She said the combination of a serious ear infection, migraine and an allergic reaction to codeine had caused her to lose her balance and collapse.

‘I was unconscious for a while but I woke up to hearing Esmé on my phone on FaceTime telling my best friend I’m on the floor sleeping,’ she added.

‘I was in no state to move but thankfully Jess realised pretty quickly that I needed medical help, and was talking Esmé through what she needed to do.

‘I could hear Jess telling her everything is going to be alright, and she needs to be a brave girl and open the door for the ambulance people.’

During the seven-minute phone call, Ms Decént calmly told Esmé to keep an eye on her mother while she called for an ambulance. 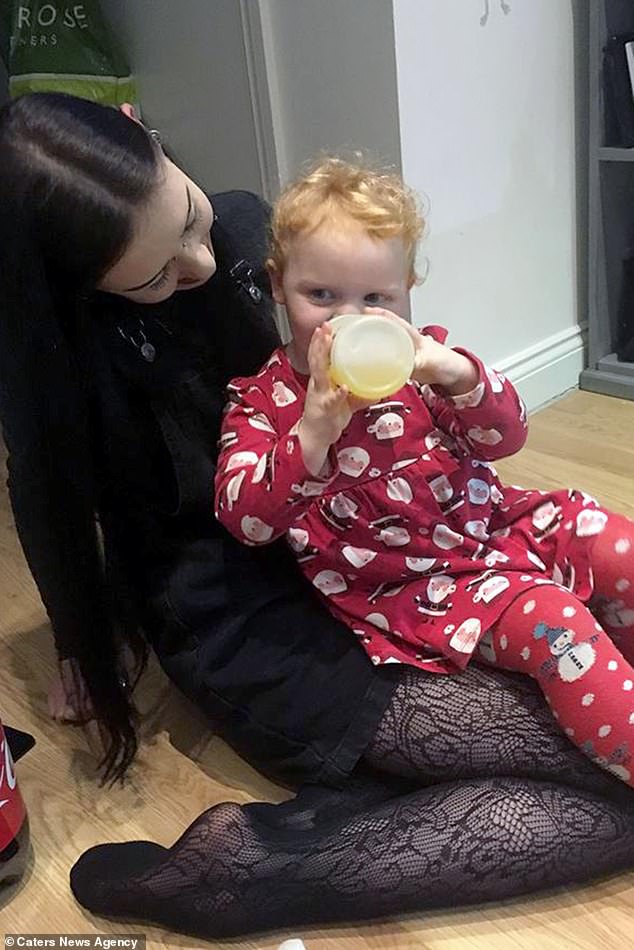 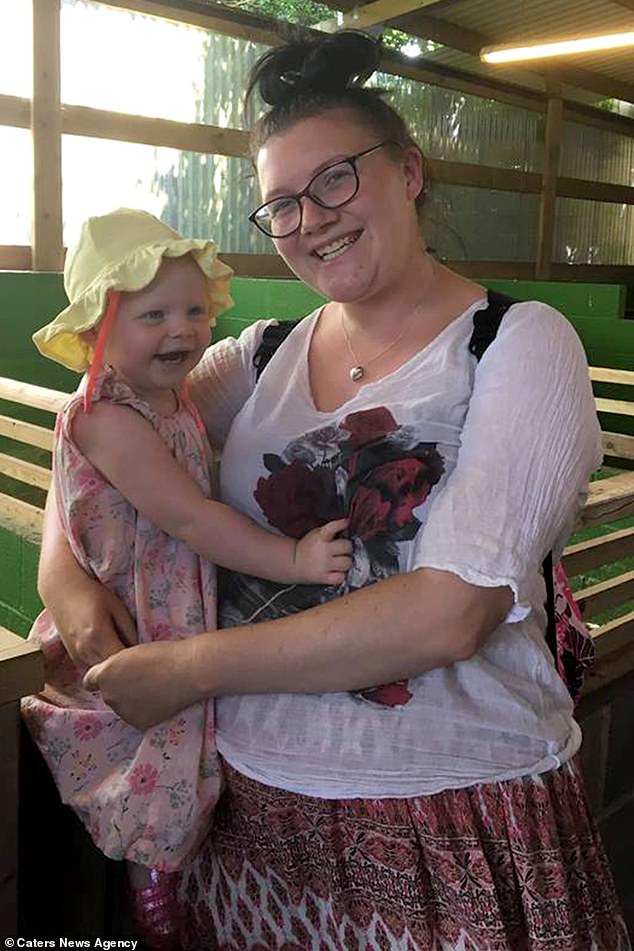 Paramedics rushed to the house, where Esmé said: ‘You make mummy better now’ 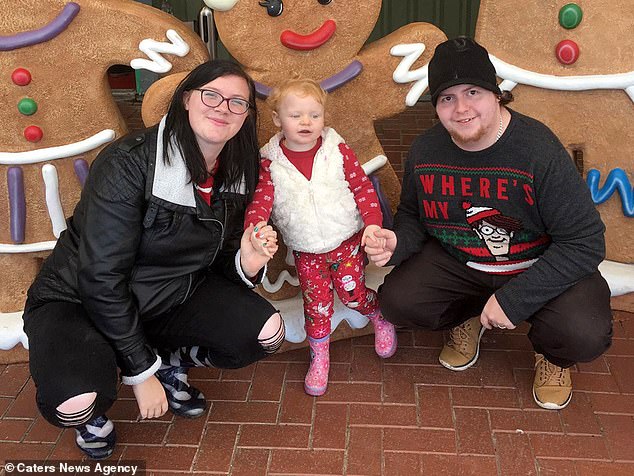 Miss Pounsberry’s fiancée, Ryan Hawkins, 26, arrived when paramedics were at the house 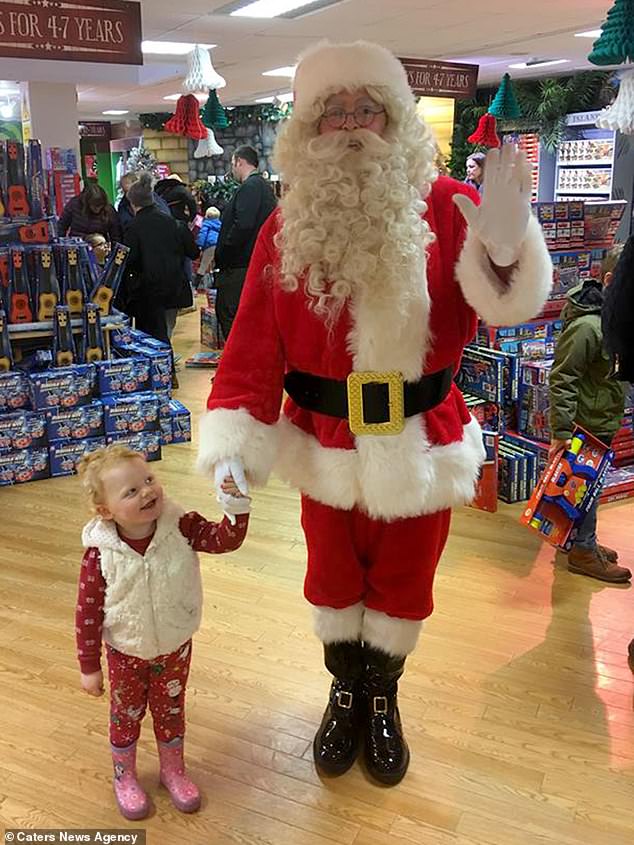 ‘Esmé will be spoilt rotten this Christmas and who knows what I’d have done without her’, Miss Pounsberry said

HOW MUCH CODEINE CAN A PERSON TAKE AND STILL BE ABLE TO DRIVE?

Drug-drive laws state that people with more than 80 micrograms of codeine per litre of blood in their systems are eligible for a penalty.

How much codeine is in popular painkiller brands?

The amount of each medication people can take before breaking drug-drive legislations varies according to the individual.

This is due to laws working on a codeine per litre of blood basis.

Drug levels per litre of blood vary according to factors such as an individual’s tolerance, gender, weight and muscle amount, as well as if they are taking any other treatments.

Manufacturers therefore advise people follow the instructions on medications’ labels and do not drive if they feel dizzy, sleepy, or unable to concentrate or make decisions.

She also told her that on this occasion – despite being warned never to open the door to strangers – she was allowed to open to door to the paramedics when they arrived.

It took some persuasion to break a rule, but Esmé – who is ‘older than her years’, according to her mother – was able to open to door due to the low door handle.

Miss Pounsberry said: ‘Jess had phoned the ambulance whilst Esmé was checking on me and getting me a blanket.

‘Jess managed to convince her that she could open the door this one time, and sure enough Esmé managed it.

‘She’s such a little hero, I still can’t believe it.’

Miss Pounsberry was later told by paramedics that her little girl told them on arrival: ‘Mummy fell over and went to sleep, but she hurt her head.

‘I phoned Jess and Jess got the doctors to come to the house for mummy. You make mummy better now’.

Her fiancé Ryan Hawkins, 26, arrived back home while the paramedics were still checking Miss Pounsberry.

Miss Pounsberry is now recovering on antibiotics, and said Esmé can expect a lot of Christmas presents.

She said: ‘I’m extremely proud of Esmé for all she did and very grateful to her and Jess and the ambulance crew who all helped me that night.

‘She does go on my phone most days with my supervision.

‘But I didn’t know she’d know how to use it by herself.

‘Esmé will be spoilt rotten this Christmas and who knows what I’d have done without her.’