Are you REALLY going to rid NHS of ‘diversity and inclusion’ managers, Sajid? Army general behind report into health service’s ‘tribal’ bullying culture says he did NOT recommend axing woke roles 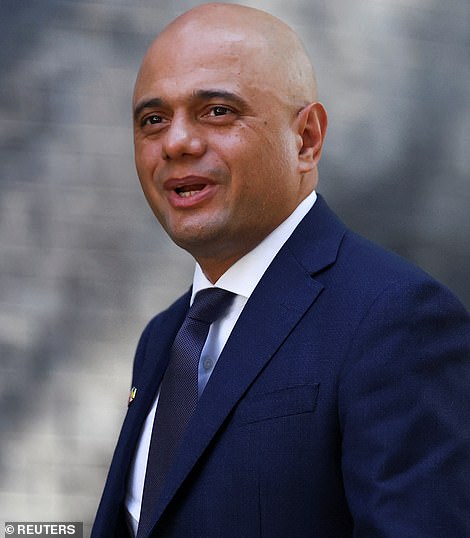 Health Secretary Sajid Javid called the findings ‘stark’ and acknowledged parts of NHS leadership ‘need to urgently improve’. He noted ‘culture and leadership can be the difference between life and death’

A landmark report that prompted Sajid Javid to promise the biggest shake-up of NHS leadership in a generation did not recommend axing ‘diversity and inclusion’ managers, it was claimed today.

The Health Secretary, who has vowed to be ‘watchful of any waste or wokery’, last night suggested an instant crackdown was on the way as he said ‘we must reduce the number of these roles’ in the wake of the Government-commissioned review.

He demanded bosses divert salaries of up to £115,000 to patient priorities like tackling the record waiting list of 6.4million people.

However, the Army general who authored the report into the NHS’ ‘tribal’ leadership structure today said he did not recommend cutting the number of diversity jobs.

Sir Gordon Messenger, who was tasked with ensuring none of No10’s £30billion tax rise for health is wasted, told the Health Service Journal that the need for such roles ‘should reduce over time’ — but a cultural, behavioural and ‘functional’ shift was required first.

It comes after a Daily Mail audit revealed the number of diversity and inclusion jobs within the NHS has soared by nearly 50 per cent in the last year, with some hospital trusts doubling the size of their teams.

One advert for a £53,000-a-year equality, diversity and inclusion manager position at Harrogate and District NHS Foundation Trust, in North Yorkshire, says the role’s purpose is to ensure ‘all our colleagues, patients and visitors feel that they can be who they are and bring their whole selves to work and whilst receiving care’.

Mr Javid yesterday said: ‘There are already far too many roles focused solely on diversity and inclusion.

‘At a time when our constituents are facing real pressures around cost of living, we must spend every penny on patients’ priorities.’

He added: ‘As this report sets out, it should be the responsibility of everyone to encourage fairness and equality of opportunity which is why we must reduce the number of these roles.’

Mr Javid today added: ‘I would like to see fewer managers in terms of diversity managers and things, because I think it should actually be done by all management and all leadership, and not contracted out as some kind of tick-box exercise.’

‘What it does say, is that if one successfully inculcates equality, diversity and inclusion to every leader’s responsibilities, then that becomes an accepted, instinctive, understood part of being a leader and a manager at every level, then the requirement for dedicated EDI professionals should reduce over time.

‘It doesn’t make the recommendation that that should happen before that cultural and behavioural and functional shift has happened.’

And John O’Connell, chief executive of the TaxPayers’ Alliance, said: ‘While taxpayers welcome commitments to cut down on diversity demagogues in the health service, they will take note if politicians break their promises and the number of non-jobs continues to rise.’

More than 400 diversity managers could be working in NHS hospitals, costing taxpayers as much as £12million a year, the Mail’s research suggests. 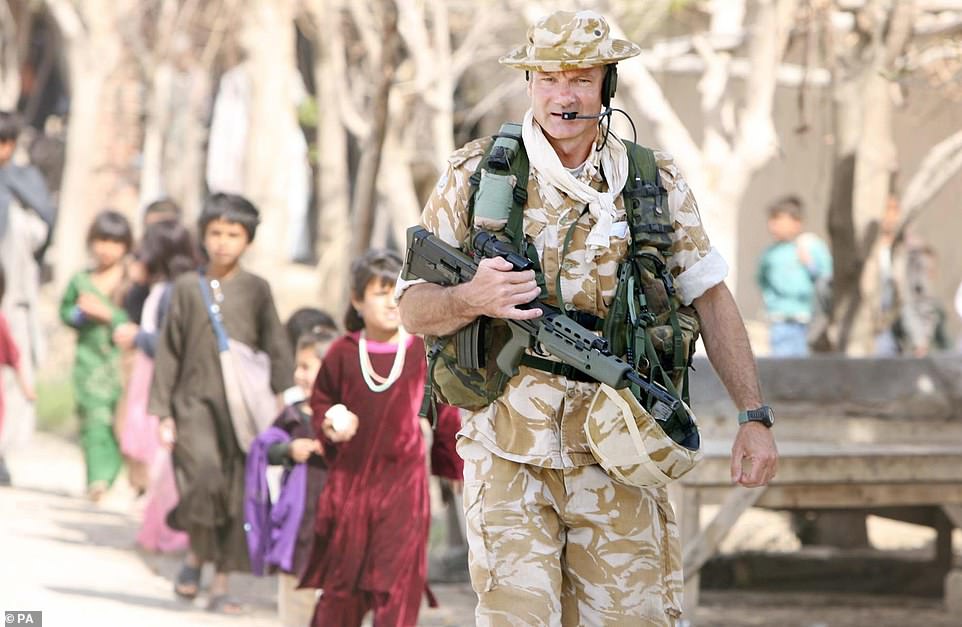 Sir Gordon Messenger (pictured in Afghanistan in 2006), who was tasked with ensuring none of No10’s £30billion tax rise for health is wasted, told the Health Service Journal that the need for such roles ‘should reduce over time’ — but a cultural, behavioural and ‘functional’ shift was required first

There are currently nine vacancies with the word ‘diversity’ in the title on the NHS jobs website, including:

It says: We now have a vacancy for an Equality, Diversity and Inclusion Lead to help deliver our Trust’s commitment to ensure all our colleagues, patients and visitors feel that they can be who they are and bring their whole selves to work and whilst receiving care.

It says: We are looking for a subject matter expert to take accountability for leading us in our staff and patient diversity journey… Job roles include: Advising about the effects of discrimination on grounds of age, disability, gender, race, religion and sexual orientation.

Acting as an advocate for and presenting the needs of members of staff across the entire protected characteristics spectrum and human rights.

It says it is looking for someone educated to masters level or with ‘in-depth specialist knowledge and skills to an equivalent standard’.

The role focuses on ‘enhancing the experience of employees in protected groups, achieving fairness and addressing inequity’.

There is no central tally of the jobs, but the audit of more than 40 acute trusts across England found 115 staff are now employed in roles covering ‘equality, diversity and inclusion’, up from just 78 a year earlier.

Not all the hospitals that responded to Freedom of Information requests — about one in four of the country’s total — provided information about pay.

But the annual salary bill for diversity managers among those that did stands at £3million for the current financial year.

Nine of the trusts said they had plans to expand their teams further.

It came on the back of a landmark review into health and social care leadership. The report was authored by Dame Linda Pollard alongside Sir Gordon, who led the Royal Marines’ invasion of Iraq.

The report itself said: ‘We must confront the fact that there has developed over time an institutional inadequacy in the way that leadership and management is trained…

‘The NHS is itself far from a homogenous unified organisation but rather a federated ecosystem where complex tribal and status dynamics continue to exist.’

The pair added: ‘We have encountered too many reports to ignore of poor behavioural cultures and incidences of discrimination, bullying, blame cultures and responsibility avoidance.’

It made seven recommendations, all accepted by Mr Javid, aimed at improving management, making jobs more attractive to bosses and delivering value for money.

It also calls for support and incentives for the best leaders and managers to take on the most difficult roles so they are seen as ‘the best jobs rather than the most feared jobs’.

But critics have already said it does not go far enough.

Suzie Bailey, from the Kings Fund health thinktank, said plans to improve health and social care workforces are ‘to be welcomed’.

But, speaking to BBC Radio 4 this morning, she warned the report does not go far enough to address burnout and staffing shortages that pre-date the pandemic. 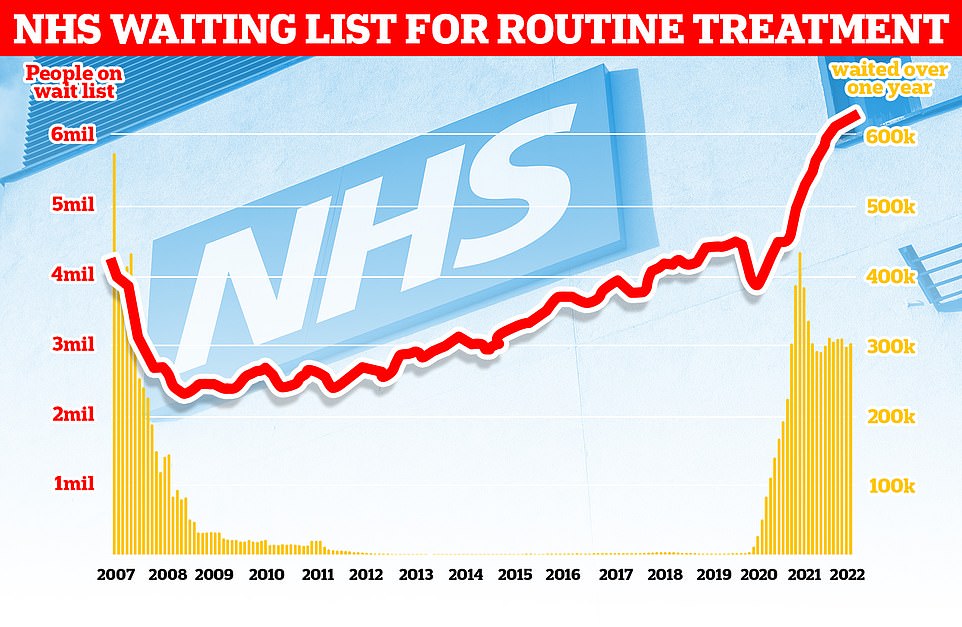 The number of people waiting for routine hospital treatment in England has soared to another record of 6.36million. NHS data shows one in nine people were in the queue for elective operations such as hip and knee replacements and cataracts surgery by March — up from 6.18m in February 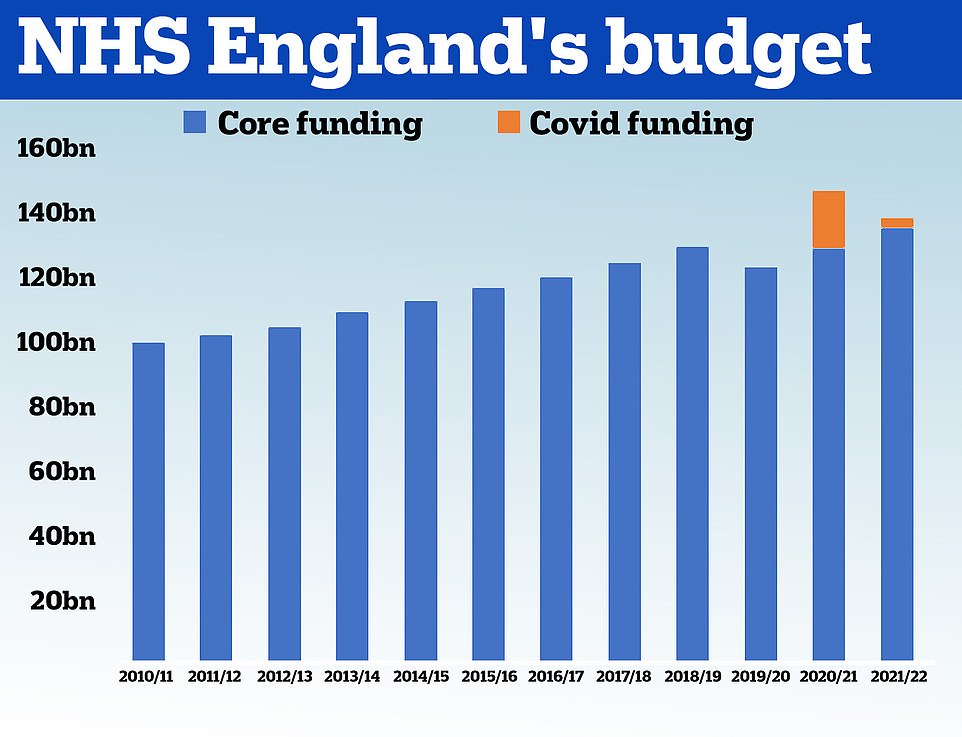 HM Treasury data shows the NHS received £100.4billion in 2010/11 and its budget had grown steadily until 2019. In 2020, the NHS was given £129.7billion of core funding for its usual services, which was topped up with an extra £18billion to help with the pressures from the pandemic. For 2021/22 the Treasury said the health service is set to receive £136.1billion pounds of core funding, as well as £3billion to help with the Covid recovery

She said: ‘Anything that supports the health and care workforce is to be welcomed.

‘However, the elephant in the room is really the deep workforce crisis that predates the pandemic and that the Government has been quite reluctant to face up to.

‘There is a huge numbers of vacancies, staff are exhausted, they were exhausted before the pandemic.’

She added: ‘This review is welcome but my concern is will it actually address the size of the workforce crisis? I think it’ll make a contribution but I don’t think it goes far enough.’

He told MPs: ‘We must do everything we can in our power to share and promote brilliant, innovative management and to act firmly where standards do fall short.

‘This means culture change from the top of the system to the front line.’