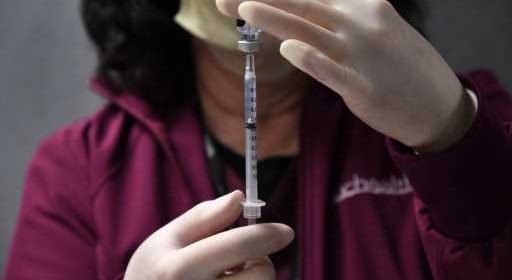 A visit from the Centers for Disease Control and Prevention to Mesa County in late June hasn’t yet yielded answers about why so many people in nursing homes recently got COVID-19, but it may have contributed to confusion about federal agents going door-to-door with vaccines.

The CDC and the Colorado Department of Public Health and Environment both sent teams to assist Mesa County Public Health with an investigation into what seemed to be a higher-than-average rate of “breakthrough” cases and hospitalizations in vaccinated people, particularly those living in long-term care facilities.

The delta variant, which is the dominant strain in Colorado and particularly widespread in the western part of the state, is slightly more likely to cause asymptomatic infections or mild symptoms in people who have been vaccinated, compared to the previously dominant version.

Data from the United Kingdom shows that vaccines still reduce the risk of being hospitalized with the delta variant by more than 90%, however, and the vast majority of current hospitalizations and deaths in the United States involve unvaccinated people, Dr. Anthony Fauci, director of the National Institute of Allergy and Infectious Diseases, said in a White House press call on Thursday.

It’s possible the Mesa County hospitalization numbers will be nothing more than a statistical fluke, but the state and CDC haven’t set a timeline for releasing any conclusions.

In the meantime, confusion has spread nearly as much as the virus itself, with some — including U.S. Rep. Lauren Boebert — spreading rumors that federal officials were going door-to-door in Mesa County and other hotspots. Statements from the White House about federal response teams blurred the issue by not differentiating between sending CDC-led teams and providing resources for local door-knocking campaigns in communities with low vaccination rates.

White House Press Secretary Jen Psaki later attempted to clear up the confusion, saying no federal employees are involved in the door-to-door efforts, which are led by local clergy or other nonprofits.

“Those are the people who are the trusted messengers around the country. And we believe that we need to empower these individuals to continue to work in communities to make sure people know that these vaccines are safe, that they can save lives,” she said in a press briefing Thursday.

Mesa County Public Health officials said no one is conducting a door-knocking campaign there, and the only federal involvement was sending the CDC team two weeks ago.

Boebert, a Republican whose district includes Mesa County, tweeted a comparison between the door-to-door campaign and Nazi Germany, and a public meeting about the issue became contentious, according to The Grand Junction Daily Sentinel. The Anti-Defamation League condemned Boebert’s tweet.

Mesa County remains a relative hotspot, with roughly one in seven of Colorado’s 145 active COVID-19 outbreaks located there as of Wednesday. It didn’t have the most cases compared to population, though, with Hinsdale, Rio Blanco, Moffat, Archuleta and Las Animas counties posting higher averages as of Thursday.

Colorado averaged about six cases each day for every 100,000 people over the past week, which is slightly higher than the nationwide rate, according to The New York Times’ data tracker. There’s significant variation within the state, though: Hinsdale County had a rate equivalent to 366 cases for every 100,000 people as of Thursday; Denver had about 20 cases for the same population; and nine counties had no cases reported in the last week.

Nationwide, the seven-day average of new cases increased about 11% compared to the previous week, CDC Director Dr. Rochelle Walensky said. Hospitalizations also were up about 7%. Most of the spread is happening in areas with low vaccination rates, and at events where people aren’t taking precautions, she said.

“On the one hand, we have seen the successes of our vaccination program over the last eight months, with cases, hospitalizations and deaths far lower than the peaks we saw in January,” she said in a press call Thursday. “And yet, on the other hand, we are starting to see some new and concerning trends.”