Worried about a vulnerable population as the Delta variant surges, administration officials are taking a new tack. 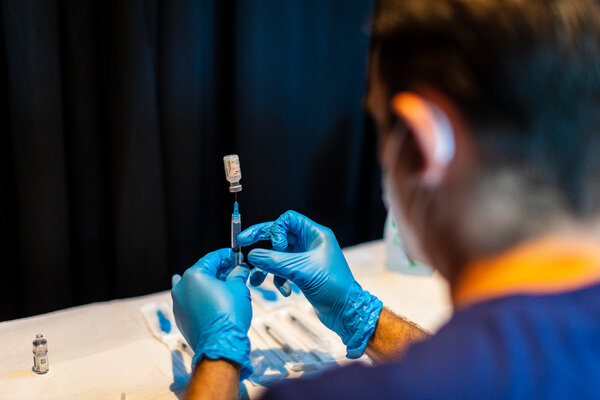 By Apoorva Mandavilli and Sharon LaFraniere

The Food and Drug Administration is speeding efforts to authorize extra doses of the coronavirus vaccines for Americans with weakened immune systems, a change that reflects a growing concern within the Biden administration about these vulnerable patients as the contagious Delta variant surges nationwide.

The regulatory move would mean that people with impaired immune responses who need an extra shot, such as certain cancer patients, would be able to get one legally. That is a safer alternative than patients seeking shots on their own, as many now do, several experts said.

“The data are unequivocal that they have not gotten a good response to begin with” and need additional doses, Dr. Anthony S. Fauci, lead medical adviser to the White House on the pandemic, said in an interview on Friday.

Compared to other Americans, “there is much, much more of a compelling reason to do that sooner rather than later,” he said.

Officials at the Centers for Disease Control and Prevention and the F.D.A. had been exploring special programs to get additional shots to immunocompromised patients. Now the F.D.A. aims to modify the emergency authorizations of at least two of the vaccines, if data from the C.D.C. support such a move, according to two people with knowledge of the discussions.

The move, which is expected this month, was first reported by The Washington Post.

Full approval of the Pfizer-BioNTech vaccine is expected by early September, perhaps even sooner. “If you told me that full approval is expected by February, I would say that’s a long time for immunosuppressed people to wait,” said Dr. Dorry Segev, a transplant surgeon at Johns Hopkins University. “But the next month will bring us a lot of data.”