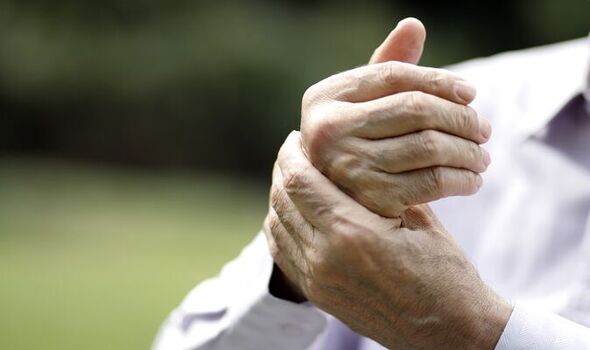 People with inflammatory rheumatic diseases – which include conditions including rheumatoid arthritis, lupus and axial spondylitis – could benefit from the treatments and they should be used as part of routine care, experts said. Some 800,000 people suffer from these conditions across the UK and four in five of these (80 percent) live with fatigue every day, affecting their ability to concentrate, go to work, and live independently.

The new study, published in Lancet Rheumatology, examined how to improve fatigue among these patients.

Researchers from the universities of Aberdeen and Glasgow and funded by charity Versus Arthritis, compared three different types of care, as provided to 368 people with various inflammatory rheumatic diseases.

Participants were either given telephone-delivered physical activity programmes, cognitive behavioural therapy or they received usual care.

Those in the exercise group had five one-to-one 45-minute sessions over 30 weeks while those who had talking therapy received an average of eight sessions over the same period and the usual care group were given an education booklet on fatigue.

The researchers found that those who had talking therapies or exercise therapy significantly improved fatigue levels compared to those receiving usual care.

The benefits continued for six months following completion of the courses of treatment.

And people who were offered these interventions also reported improved sleep, mental health and quality of life, compared to those who received usual care.

Wendy Booth, 57, from Pitmedden in Aberdeenshire, had to give up her job as a psychiatric nurse at Cornhill Hospital in Aberdeen as a result of the effects of lupus and Sjogren’s syndrome.

She said: “The fatigue really affects what you can do. if I do some work in the garden one day, I know I’ll pay for it the next.”

Ms Booth, who received physical activity sessions as part of the study, she added: “The physio called me about once a fortnight and it really encouraged me. I feel like it (the study) helped give me purpose.

“I joined a gym and I have a good instructor who understands my abilities and gives me modified exercises so I can carry on in the same class along with everyone else.

“Mentally I feel stronger and physically – my motto is ‘I want to keep what I’ve got’ rather than deteriorate.”

Lead investigator, Professor Neil Basu who carried out the majority of the research at the University of Aberdeen, but now of the University of Glasgow, said: “Our study provides new evidence that some non-pharmacological interventions can be successfully and effectively delivered by non-specialist members of the clinical service.

“It has been encouraging to see that the interventions have led to improvements for participants even six months after the end of the treatment.

“It’s also great to see that these steps were impactful even when delivered via telephone.

“Since the onset of the pandemic, health care services are being re-imagined to incorporate greater remote care, however the evidence base to support this shift has generally been limited.”

Dr Neha Issar-Brown, director of research and health intelligence at the charity Versus Arthritis, said: “Fatigue and chronic pain go hand in hand as the twin challenges for people living with inflammatory rheumatic diseases such as rheumatoid arthritis and lupus.

“But fatigue tends not to respond to medicines for these conditions, and often goes unrecognised by clinicians.

“There is an urgent and unmet need for more evidence-based interventions including better access to non-drug treatments like cognitive behavioural therapies and supported physical activity, so more people with inflammatory rheumatic diseases can retain their independence, stay in work, and enjoy better mental health, which we know these conditions can cruelly take away.

“The LIFT study’s implementation across the health service would give people with inflammatory arthritis and related conditions access to the support they need to manage fatigue while producing long lasting improvements to their mental health.”