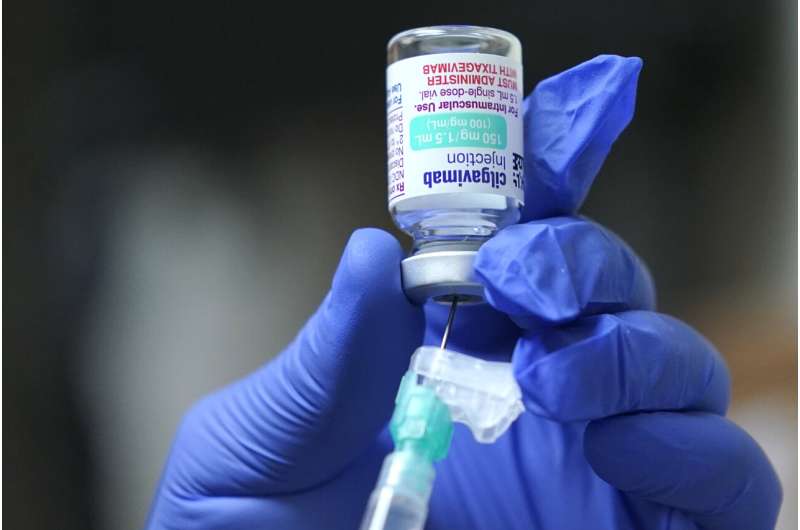 The European Union’s drug regulator said Thursday it was recommending that an antibody medication developed by AstraZeneca be authorized to help some vulnerable people avoid getting sick with the coronavirus.

The European Medicines Agency said in a statement that it was advising the use of the new drug, sold as Evusheld, in people age 12 and over before they were exposed to COVID-19, to prevent future infections.

It is now up to the EU’s executive arm, the European Commission, to officially authorize the drug.

The U.S. Food and Drug Administration cleared the medication in December for people with serious health problems or allergies who can’t get adequate protection from vaccination. Britain authorized the use of Evusheld last week.

“When the antibodies in Evusheld attach to the spike protein, the virus cannot enter the cells to multiply and is unable to cause COVID-19 infection,” the EMA said. The agency said it had assessed data on the drug from more than 5,000 people and found Evusheld reduced the risk of infection by 77%, with protection estimated to last at least six months.

EMA said the drug’s side effects were mostly mild, with some people reporting reactions at the injection point. The agency noted that research was done before the emergence of the hugely infectious omicron variant and said that it was evaluating data to determine if a different dose might be needed.

Although antibody drugs have been a standard treatment for treating COVID-19 infections for more than a year, AstraZeneca’s is the first intended for long-term prevention against COVID-19 infection rather than as a short-term treatment.