Jessie McCormick had to quit her job to afford health care.

Ms. McCormick, 27, who has a heart condition, had an opportunity to move from part-time to full-time in her job at a small nonprofit in Washington. Working full-time would qualify her for the firm’s health plan.

But she calculated that her out-of-pocket costs would be at least $1,200 per month, about double the money she had left after paying her rent and utilities.

Instead, she quit her job last summer so her income would be low enough to enroll in Medicaid, which will cover all her medical expenses. “I’m trying to do some side jobs,” she said.

Employers remain the main source of health insurance in the United States, covering about 153 million people. But premiums and deductibles are pushing employer-based coverage increasingly out of reach, according to a new analysis released Wednesday by the Kaiser Family Foundation, which conducts a survey of employers every year.

The average premium paid by the employer and the employee for a family plan now tops $20,000 a year, with the worker contributing about $6,000, according to the survey. More than a quarter of all covered workers and nearly half of those working for small businesses face an annual deductible of $2,000 or more.

The new data on employer coverage come as the Democratic presidential candidates debate sweeping reforms to diminish the role of private insurance in the American health system, including expanding the federal Medicare program to everyone or giving people the option to enroll in a government-run plan.

Many of the arguments for both systems center on expanding health insurance to more of the estimated 27 million people who lack it. But millions of people who already have coverage are deeply dissatisfied with the current system as well.

“For some reason, we like to focus on coverage when the issue for workers, people and the public generally is cost,” said Drew Altman, the chief executive of the foundation. About 2,000 small and large businesses responded in detail to the survey.

Small employers in particular, and their workers, are struggling.

“Health insurance in the United States is incredibly prohibitive for small businesses,” said Shalin Madan, the founder of a small investment advisory firm in Florida. He is not required to provide health insurance to his workers, because his business is too small and he outsources much of the work.

A recent Wall Street Journal/NBC News poll found that a majority of registered voters, 56 percent, are opposed to the idea of a government-run system like Medicare-for-all that would replace private insurance. But Mr. Madan said the current system results in a schism between those who have good employer coverage and those who do not.

“I had phenomenal health insurance being employed,” said Mr. Madan of his time working for a larger corporation.

One of Senator Elizabeth Warren’s applause lines on the Democratic presidential campaign trail is that no one likes their insurance company. But employer coverage “isn’t monolithic,” said Mr. Altman.

While some people, usually higher-paid professionals or union members, enjoy generous coverage from their job, people making $25,000 or less — about 36 million Americans — are the most likely to be priced out of coverage, he said.

People who work at companies where a large share of the employees are low-wage workers pay an average of $7,000 annually for a family plan, according to the survey, about $1,000 more than those working at companies made up of better-paid workers.

Only one in three of these workers is enrolled in an employer’s plan, about half the rate at better-paying companies. “This is a group that really deserves a lot more attention,” Mr. Altman said.

While some low-wage workers may qualify for Medicaid in states that expanded it under the Affordable Care Act, those with private insurance who are not eligible for government help are having a more difficult time affording care, said Dr. Benjamin Sommers, a health economist at the Harvard T.H. Chan School of Public Health.

“The arc of the A.C.A. really tried, and largely succeeded, in leaving the employer market as is,” he said.

For many businesses, it’s a Sophie’s choice between raising an employee’s share of premiums or increasing the size of the deductible.

“I try to keep the benefits pretty much the same,” said Joel Sturm, chief operating officer of the New York College of Podiatric Medicine. The majority of workers are in a plan that comes with a deductible of $1,000 for an individual and asks them to pay about 10 percent of their medical bills. “It doesn’t kill them if they go,” Mr. Sturm said.

But the employees must pay a hefty share of the overall premiums, about $950 a month for a couple. Some employees have quit as a result of having so much taken out of their paycheck and still having to cover some out-of-pocket costs, Mr. Sturm said. “They’d rather be unemployed than have very little take-home pay,” he said, adding that Medicaid can seem like a more attractive option. 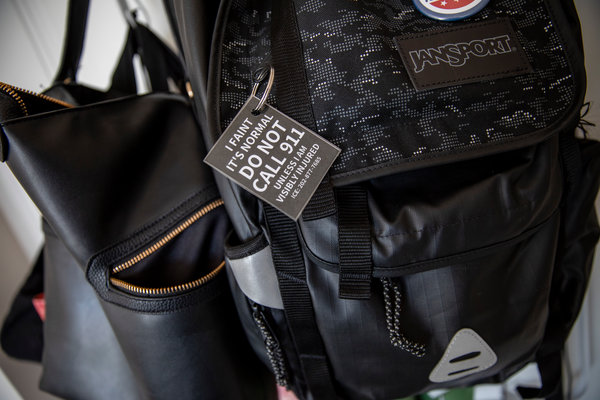 Many businesses have opted to increase deductibles instead of premiums. “A lot of employers with lower-paid employees want to offer a low-cost option that is typically a high-deductible plan,” said Chris Bartnik, a senior vice president at Lockton Companies who advises businesses on their coverage.

But some of his clients who once embraced high deductibles have changed their minds, worried their workers can’t afford to go to the doctor.

Some large employers are adjusting the premiums and deductibles based on an employee’s income. JPMorgan Chase pays 80 percent of the premiums for workers making under $60,000, and the company lowered the annual deductible by $750 to $2,000 or less, depending on the plan they choose.

(JPMorgan Chase is also part of the trio of big corporations behind Haven, a new venture trying to reinvent employer-based coverage.)

The deductible “is higher than we wanted to go,” said Marion Cowen, who oversees benefits for the business, but the cost for more comprehensive coverage was prohibitive. “We don’t know what we’re going to do if it goes up much more,” she said.

She is intrigued by the idea of being allowed to buy into a government plan, like Medicaid or Medicare, that is being floated by some of the candidates. “We would consider it, yes, we would,” she said, if the option saved money and provided employees with high-quality coverage.

The Wall Street Journal/NBC News poll found that about two thirds of voters supported the idea of allowing people to buy into Medicare. “Some states are looking at a public option,” said David Chase, who leads the national outreach efforts for Small Business Majority, an advocacy group that supported the Affordable Care Act. He said the group is talking to various states about allowing small businesses the option of buying into a government program.

“There are a lot of hypothetical proposals out there,” said Neil Trautwein, vice president of health care policy at the National Retail Federation who said his members are increasingly concerned about rising health care costs. Companies are not as keen on offering less generous plans, he said, but would be open to other alternatives.

At Bagel Grove in Utica, N.Y., most of the 20 employees are now covered by Medicaid, said Anne Wadsworth, one of the owners. She took advantage of the tax credits available to small businesses that helped pay for the cost of coverage under the Affordable Care Act, but the credits ran out. While she still covers 45 percent of the premiums, all but one of her employees, herself included, have found better plans on their own.

“I was all on board for Obamacare,” she said, but it proved not to be “a long-term solution. It doesn’t lower the costs for people.”

Ms. Wadsworth is wary of the sweeping plans now proposed by the Democratic presidential candidates, which she worries will become a political football, like the Affordable Care Act, and fail to address the underlying issues.

“I just think health care costs need to go down,” she said.