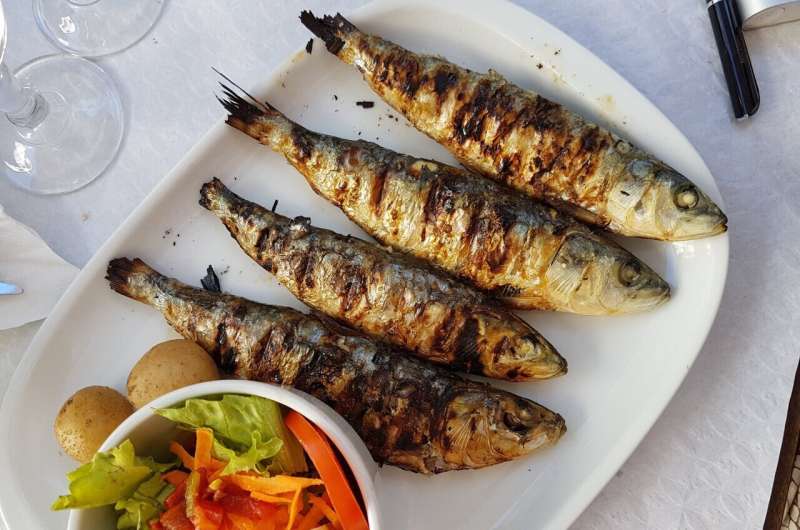 The health benefits of sardines and oily fish are widely known: their high levels of unsaturated fats help to regulate cholesterol levels and prevent the onset of cardiovascular diseases. However, the benefits don’t end there. A study led by Diana Diaz Rizzolo, lecturer and researcher of the Universitat Oberta de Catalunya’s (UOC) Faculty of Health Sciences and the August Pi i Sunyer Biomedical Research Institute (IDIBAPS), has discovered that the regular consumption of sardines helps to prevent the onset of type 2 diabetes. Nutrients found in high quantities in sardines—such as taurine, omega 3, calcium and vitamin D—help to protect against this disease which, according to CIBERDEM’s [email protected] study, affects around 14% of the Spanish population over the age of 18.

“Not only are sardines reasonably priced and easy to find, but they are safe and help to prevent the onset of type 2 diabetes. This is a huge scientific discovery. It is easy to recommend this food during medical check-ups, and it is widely accepted by the population,” explained Diana D. Rizzolo.

Researchers from the Diabetes and Obesity Research Laboratory and the Primary Care Research Group, both from IDIBAPS; the IMIM, the Fatty Acid Research Institute (EUA), the Universitat de Barcelona, CIBERDEM and the Department of Endocrinology and Nutrition of the Hospital Clínic de Barcelona also participated in the research project. The results of the study were published openly in the Clinical Nutrition journal.

Two cans of sardines a week

The study enrolled 152 patients aged 65 years and older who had been diagnosed with prediabetes (blood glucose levels between 100-124 mg/dl) from three different Primary Care centers. All of these patients were put on a nutritional program that sought to reduce the risk of them developing the disease, but only the intervention group added 200 grams of sardines to their diet every week (two cans of sardines in olive oil). To facilitate this consumption, and with thanks to the Alicia Foundation, these study participants received a list of recipes including canned sardines. Participants were advised to eat the sardine whole, without removing the bones, as these are particularly rich in calcium and vitamin D.

The study was carried out on participants aged 65 and above because the incidence of diabetes is much higher in elderly people than in the young population: “As we get older, restrictive diets (in terms of calories or food groups) can help to prevent the onset of diabetes. However, the cost-benefit ratio is not always positive, as we found in other studies,” stated doctor Rizzolo. “However, the results lead us to believe that we could obtain an equally significant preventive effect in the younger population.”

The protective role of food, but not of supplements

The fact that foods such as sardines—which are rich in taurine, omega 3, calcium and vitamin D—have a clear protective effect against the onset of diabetes does not mean that taking these supplements in isolation will have the same effect. “Nutrients can play an essential role in the prevention and treatment of many different pathologies, but their effect is usually caused by the synergy that exists between them and the food that they are contained in. Sardines will therefore have a protective element because they are rich in the aforementioned nutrients, whereas nutrients taken in isolation in the form of supplements won’t work to the same extent,” claimed Rizzolo.