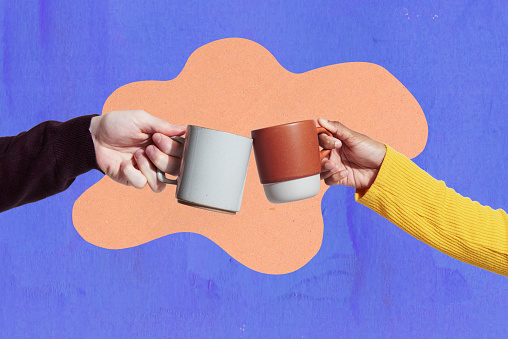 Whether we take it with an extra shot or with oat milk, coffee has become a daily part of our routines.

But new research suggests it not only has short-term benefits (AKA perking us up), but it has great long-term ones as well.

According to a new study, published this week, drinking moderate amounts of coffee could slash the risk of early death by up to 31%.

Researchers looked at 171,000 Britons and found those who drank two cups a day were between 16-21% less likely to die than non-coffee drinkers.

A team from Southern Medical University in Guangzhou, in China, also looked at data from the UK Biobank across a period of seven years – particularly at individuals who did not have cancer or heart disease.

They concluded that ‘moderate’ coffee drinkers – which they defined as 1.5-3 cups a day – have a lower risk of premature death, or death from cancer or heart disease.

Interestingly, they team also found those who have coffee without sweetener were up to 29% less likely to die than non-coffee drinkers – and this figure rises to 31% for those who added a spoonful of sugar.

So adding sugar may not be as unhealthy as we think.

But Dr Christina Wee, deputy editor of the journal, stressed that the results do not ‘definitely’ prove that drinking coffee lowers the risk of dying.

She adds: ‘What we can probably say is that drinking coffee with a little bit of sugar probably doesn’t cause much harm.’

This matches up with research published back in March, which found that two or three cups of coffee a day ‘benefits’ heart health.