DR MAX THE MIND DOCTOR: Lighten up! Even bad jokes are good for you

DR MAX THE MIND DOCTOR: Lighten up! Even bad jokes are good for you

When, as a nation, did we lose our sense of humour? At what point did we mislay our ability to distinguish jokes (be they good or bad) and irony from threatening intent or genuine malice?

William Sitwell, the editor of Waitrose Food magazine, this week ‘resigned’ from his job after writing a jokey email about ‘killing’ vegans to a vegan journalist who’d pitched him an idea he wasn’t that keen on.

He appears to have jumped before he was pushed by the magazine’s publisher, following what I can only describe as an outpouring of faux outrage from the vegan brigade, as well as those thousands of social media users who’ll jump on any old wagon that rolls along.

Watching the row evolve, I read Sitwell’s email again — and wondered how anyone could, for one moment, have taken what he said seriously?

What a po-faced, serious-minded bunch we’ve become, always on the prowl for ever more ridiculous things to be offended by. 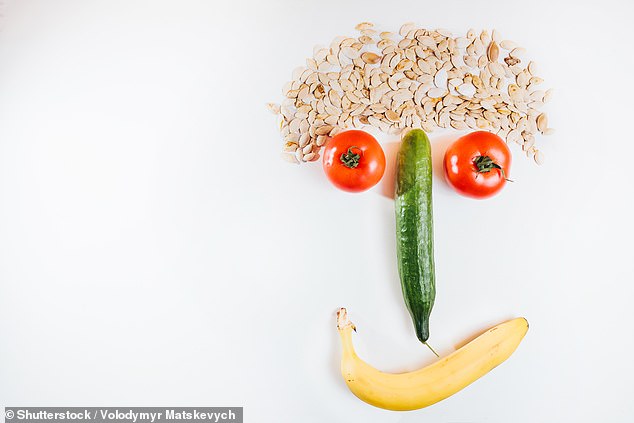 When, as a nation, did we lose our sense of humour? At what point did we mislay our ability to distinguish jokes (be they good or bad) and irony from threatening intent or genuine malice?

Whether it’s Jamie Oliver’s recipe for Jerk Chicken (cultural appropriation) or Swim England advising women with flabby stomachs not to wear bikinis (body shaming), an excess of political correctness has us in such a paralysing grip that it is now curtailing our ability to laugh at ourselves and others.

And that worries me. In losing our collective sense of humour, we’re also losing one of the most important psychological tools we have for coping with life’s adversities.

Freud argued, in his 1905 book, Jokes And Their Relation To The Unconscious, that quips are the expression of thoughts or ideas that society tries to supress. They offer us a way to talk about or acknowledge things that are otherwise too difficult, complex or painful to discuss in public.

Now Sitwell’s joke wasn’t laugh-out-loud funny, but it did touch upon a feeling of irritation that many of us can relate to. Who hasn’t felt annoyed when yet another email demanding a response drops into their inbox.

And there’s no question that some vegans come across as self-righteous and sanctimonious, disapproving of everyone who doesn’t subscribe to their beliefs. I believe that’s what Sitwell’s ill-judged email was articulating. For him, it was a temporary release. Freud argues that such a reaction is like venting steam to avoid an explosion. 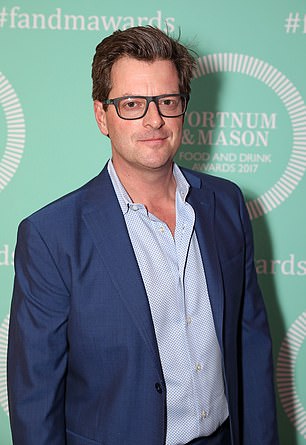 William Sitwell, the editor of Waitrose Food magazine, this week ‘resigned’ from his job after writing a jokey email about ‘killing’ vegans to a vegan journalist who’d pitched him an idea he wasn’t that keen on

Yes, this is a trivial example, but failing to ‘vent’ is damaging to our mental health. Taking everything to heart rarely helps our unconscious resolve the difficulties we experience in life because some issues are just too challenging ever to properly examine.

But humour can do this for us.

In fact, I’ve often laughed hardest after the most stressful experiences. I remember one night, walking into the staff room in A&E. It was busy yet silent, with just the hiss of a kettle.

An anaesthetist walked in: ‘That was tough,’ he said, looking around him. ‘Well done, though. I think we all did our best’.

A pager went off and someone left the room. Tea was made and poured, and gradually people started talking. The atmosphere began to lift.

Someone got a rubber glove and put it on their head, pretending to be a chicken. Suddenly, we were all laughing and joking.

A casual observer would have found it hard to believe that 30 minutes earlier, many of these people had been close to tears as they battled — but failed — to save the life of a six-year-old boy, the victim of a car crash.

One of the hardest things about being a doctor is the relentless exposure to death, and to the fear and pain of others. One moment you’re telling someone that their child has died — and the next, you’re seeing an old lady who has had a fall and needs you to be reassuringly upbeat.

You must focus on the patient in front of you and forget what’s gone before, no matter how grim.

This requires an array of complex coping mechanisms. Sometimes that takes the form of black humour — doctors and nurses are famous for it — but often it’s simple larking around.

Jokes, slapstick and high jinks are a way of dealing with the grim brutality of our work. The doctor’s mess is for messing around. But life can be tough for all of us — and jokes help us cope. We need humour. And the idea that someone can now lose their job over a daft quip is no laughing matter.

One in ten people would refuse to donate their organs if the Government’s plans for a ‘presumed consent’ policy in England go ahead, according to a survey.

The policy means that anyone who didn’t want their organs to be used after their death would have to register their wishes in advance.

That is, they would have to opt out of the scheme — whereas, as things stand now, would-be donors must opt in by joining the NHS donor register.

While the shortfall in available organs is a problem and many patients die while on the waiting list, presumed consent throws up significant ethical issues that make me uneasy. 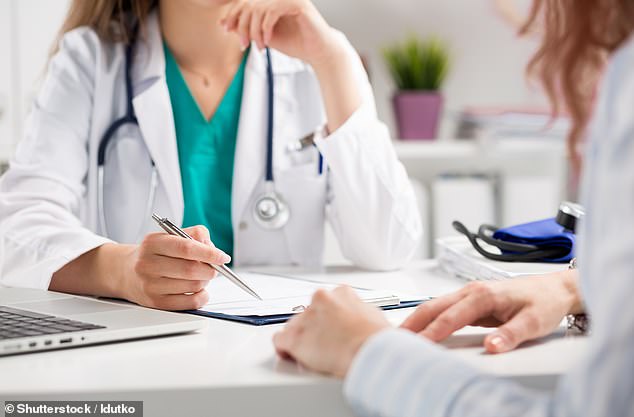 While the shortfall in available organs is a problem and many patients die while on the waiting list, presumed consent throws up significant ethical issues that make me uneasy (stock)

Currently, organ donation is an act of altriuism by an individual: presumed consent operates on a societal level, and I wonder how any Government can make assumptions about an individual’s wishes after death?

It represents a massive intrusion by the State into our lives.

Of course, I’m not saying people shouldn’t donate their organs, just that it shouldn’t be presumed that we will. Incidentally, since presumed consent was introduced in Wales in 2015, there has been no increase in the number of donated organs.

The real issue we need to tackle is why 40 per cent of families when asked about donating the organs of a loved one say no. Presumed consent will make no difference here, as families will still have the ultimate veto.

What we should be doing instead is encouraging everyone to make their wishes known before they die.

Is tackling loneliness the key to beating dementia?

Increases in life expectancy and improved diagnosis are part of the explanation, but we also know that social, genetic and environmental factors are involved, so huge sums are being invested in researching why levels are rising so fast.

A new American study caught my eye this week linking the development of dementia with the epidemic of loneliness afflicting the elderly.

Loneliness can trigger inflammatory responses in the brain, which, in turn, can lead to neural changes associated with dementia, according to researchers. 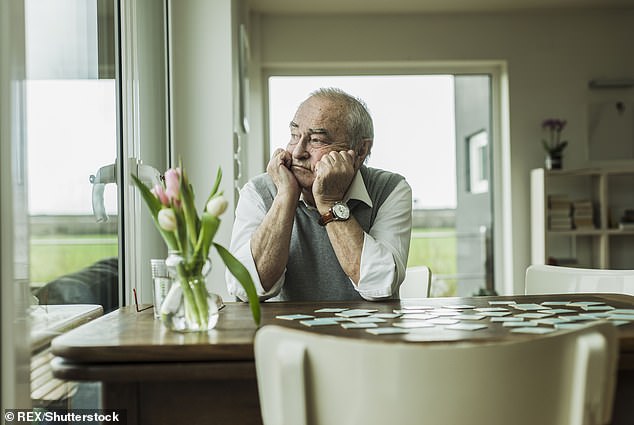 Humans are gregarious and thrive on social interaction — yet never in the history of mankind have so many elderly people been so isolated from their families and communities.

Once they’d have lived close to their offspring or to siblings, or shared a home with them. Now families are dispersed around the country and beyond, and divorce has further fragmented and weakened familial bonds.

The impact of loneliness on dementia rates has been demonstrated in individuals with hearing impairment, who suffer social isolation as a result and experience higher rates of dementia.

Interestingly, for those fitted with hearing aids, the rates of dementia are the same as for those without hearing loss.

While we search frantically for a drug to cure dementia, I wonder if there is a much simpler answer at hand.

Can a vegan diet help people with type 2 diabetes lose weight and even reverse the condition? A new study purporting to show exactly this was hailed by vegans as proof that a diet free of meat, fish and dairy is healthier than those that include them.

Such a claim does not bear scrutiny. While patients following a vegan diet did lose more weight on average, this was because a plant-rich vegan diet tends to be lower in calories than other diets and so triggers weight loss. That’s scarcely news. There is nothing particularly healthy about veganism — and in fact it’s easy to become deficient in the vital nutrients that are more abundant in ‘forbidden’ foods.

This brilliant mobile phone app allows any visually impaired person in the world to get instant assistance from a sighted person.

As a volunteer sighted person, you download the app, complete a short registration and then wait to be called on.

When someone with visual problems needs help — perhaps to check the ‘use by’ date on a carton of milk — they use the app to contact a registered volunteer. The first person to answer their video call is connected.

My first call was from a young woman who wanted to know if the letter she’d received — she showed me the envelope via the video link — was junk mail or a bill. It took no more than 30 seconds. Volunteers are contacted maybe once a month, so it’s not a big commitment — but it can transform someone’s day.

The latest celebrity-endorsed health craze is ‘alkaline water’, as sipped by Beyonce. It has a higher pH than regular water — and so, its advocates claim, helps to neutralise acidity in the body.

This is total bunkum. Firstly, any ‘alkalinity’ will be wiped out by the highly acidic contents of the stomach. Secondly, the digestive tract becomes progressively alkaline anyway, so as to optimise the absorption of nutrients.

Our bodies have evolved over millions of years to ensure the pH is tightly controlled.

Why, at a time when we have greater access to more first-rate information than ever before, are we still being taken in by pseudo-scientific claims and marketing hype?

If you want a drink of water, just turn on the tap.