This article is part of our new series on the Future of Health Care, which examines changes in the medical field.

Less than five years ago, Mary Albrecht was a professor of marketing at Maryville University in St. Louis. She gave lectures and led classroom discussions; she advised students; she interacted with her faculty colleagues. In 2017, Ms. Albrecht learned she had Alzheimer’s disease, and she retired that same year — losing a network of students, colleagues and friends that had nourished her for 31 years.

As her Alzheimer’s advanced, Ms. Albrecht found herself — despite the best efforts of her husband, Jack, and their children — increasingly isolated. Then in 2019 a social worker told Mr. Albrecht about a cognitive stimulation therapy group at Saint Louis University’s Aging and Memory Clinic. The group follows a treatment protocol designed to help engage patients with moderate-to-severe levels of Alzheimer’s and Lewy Body dementia. Ms. Albrecht, 70, who lives with her husband in the St. Louis suburb of Chesterfield, Mo., has now been taking part in the weekly sessions with around eight other dementia patients for about a year and a half.

Ms. Albrecht is one of 144 participants in the clinic’s 12 groups, which are funded by a research grant so there is no cost to the patients. During the hourlong group sessions, at first in person but now remote during the pandemic, Ms. Albrecht and the other patients listen to music and participate in group discussions led by a moderator. These discussions vary depending on the level of impairment and include topics such as what animals patients like at the zoo and what movies they’ve seen. The goal is to improve various aspects of cognition and memory in a stimulating, positive social environment where patients engage with one another.

“The interaction,” said Mr. Albrecht, an engineer who retired last year from a career in the energy conservation field to help take care of his wife, “that’s the main benefit we see for Mary.”

“She’s always been a people person,” he added. “So, this is really great for her.”

She’s not alone. “Like all human beings, people with dementia continue to need social interaction,” said Aimee Spector, a professor of old age clinical psychology at University College London, who created the cognitive-stimulation program that the Saint Louis University group is based on. Although the program was originally designed to allow patients to interact in groups or one-on-one, “we’ve found that cognition and quality of life seems to improve significantly when they’re in a group.”

As such, the program is an example of what may become part of the treatment for a wide range of issues: socialization, or, as it’s often being described, “a social prescription.”

This is not just a case of physicians encouraging their patients to get out and see friends a little bit more. Social medicine is more systematic and often involves the use of structured group interactions.

“I think it’s the way of the future,” said the U.C.L.A. neurologist Indu Subramanian, director of the Department of Veterans Affairs Southwest Parkinson’s Disease Research, Education and Clinical Center. “Social prescribing meets people in the community where they are, and links them to social support structures.”

Dr. Subramanian said she had seen the value of social group interactions for her Parkinson’s patients: “Loneliness is a big issue for them. Any way we can develop connections can help.”

Social prescriptions are already being written in Britain, where physicians can now direct patients to a “link worker,” a trained specialist who focuses on connecting patients to community groups and services for practical and emotional support. Link workers not only connect patients with existing groups but also help create new groups, working as needed with local partners.

Britain’s National Health Service calls social prescribing a “key component” of the country’s health care system, and it has set a goal to have nearly one million patients referred for social-prescription interventions by 2024.

“It’s now part of normal practice,” said Dr. Krishna Kasaraneni, a general practitioner in the Yorkshire city of Sheffield, and a member of the British Medical Association executive committee that helped lead the effort to implement social prescribing in 2019. “We use it for vulnerable older patients who live by themselves, for people with diabetes who are overweight, and we put them in touch with community groups that can help get them outside and exercising.”

And, he added, it’s not just older adults who benefit. “I have young patients with other chronic conditions, people with mental health issues,” he said. “There are no age barriers, no limits on what social prescribing can support people with.” 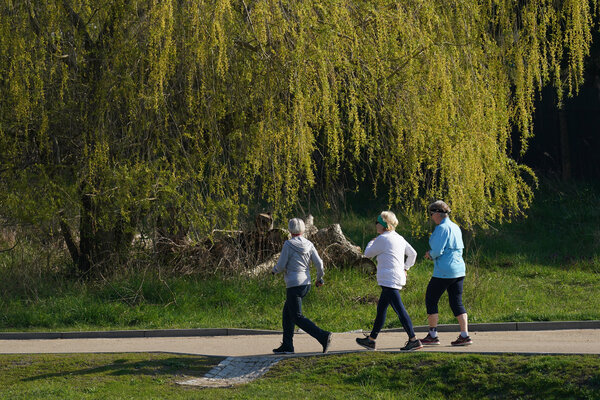 That view appears to be shared by a growing number of individuals and organizations in the United States, including Surgeon General Vivek H. Murthy, who in his 2020 book “Together: The Healing Power of Human Connection in a Sometimes Lonely World,” wrote that social prescribing “reflects a recognition that loneliness affects our health, and we have a universal need to connect with one another.”

Last year, the V.A. started “a new social prescription program,” called Compassionate Contact Corps. Originally a home visitation program, it was restarted as a teleservice for veterans experiencing loneliness and social isolation when the pandemic hit. About 1,000 veterans are participating in the program, which involves phone or video calls with trained volunteers and requires a referral from the veteran’s medical care team.

But how, exactly? And can the outcomes of social prescribing be accurately measured? “I would not have any hesitation saying that socialization is an important aspect of health,” said the Cleveland Clinic neurologist Marwan Sabbagh, director of translational research at the clinic’s Lou Ruvo Center for Brain Health in Las Vegas. “But the quantification is something that needs to be done in a way that would be universally accepted. We can measure things like memory and cognition, but I’m not familiar with ways we can clinically capture or quantify social isolation.”

He added that researchers in other disciplines — the social sciences, for example — might have tools to help with this and could play a role in the future of developing social prescription protocols in the United States.

The authors of a recent New England Journal of Medicine article on the British social prescription model agree that better assessment methods are needed. While calling the implications of social prescribing “profound,” they noted that “physicians need reliable information on what interventions work best and for whom and how social prescription can best be integrated into conventional medical practice.”

Some see this as linked to a larger shift in medicine toward a more holistic approach. “We have to remember,” said Dr. Kasaraneni, “people don’t come to us with a list of medical problems; they come with a life, and a life that may have medical issues but also social and emotional issues.”

Other doctors say that social prescribing may become the norm in the United States sooner than later. “I think the pandemic has really opened up the door for this kind of thing,” said Dr. Malissa J. Wood, co-director of the Corrigan Women’s Heart Health Program at the Massachusetts General Hospital Heart Center. Dr. Wood has used structured support groups as part of community programs she designed to improve the cardiovascular health of low-income, high-risk women.

“I think this will definitely become more of a structured part of the practice of medicine,” she said. “People recognize that it’s not that hard to log on to a virtual group meeting, and it can bring people together who wouldn’t have otherwise been able to.”

That’s how Mr. Albrecht said he felt about his wife’s weekly group sessions at the Saint Louis University program. And his criterion for assessing its value is simple. “Any time she gets that social interaction, the smile is there,” he said. “I wish she could do it every day.”