Do those fully vaccinated against COVID-19 need a booster shot? 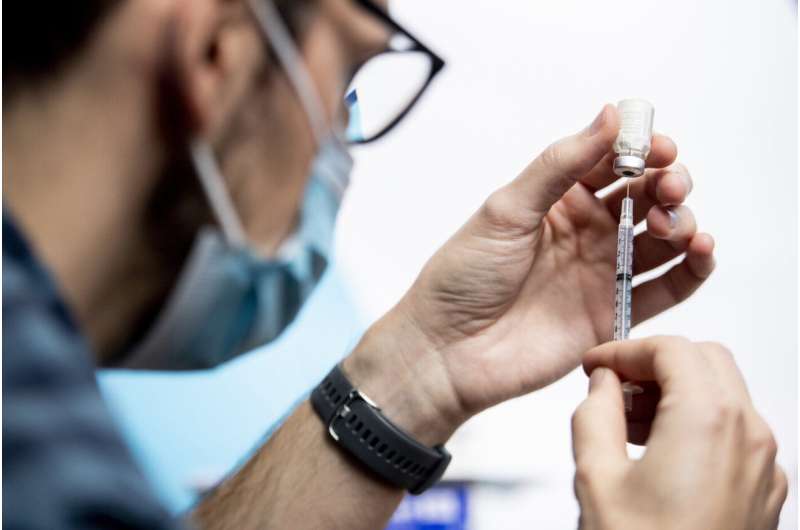 The question of whether we’ll need booster shots has come up again and again since vaccines to protect against COVID-19 were first authorized in the United States.

Right now, “fully vaccinated” means you have gotten two shots of one of the mRNA vaccines (made by Pfizer/BioNTech or Moderna) or you have gotten the single-dose vaccine manufactured by Johnson & Johnson, and you’re two weeks out from the last shot in either case. But could that change? Will vaccinated people need to go back for another shot?

In early July, the U.S. Centers for Disease Control and Prevention (CDC) and U.S. Food and Drug Administration (FDA) issued a rare joint statement saying, “Americans who have been fully vaccinated do not need a booster shot at this time.” The agencies’ explanation: “People who are fully vaccinated are protected from severe disease and death, including from the variants currently circulating in the country such as Delta.”

But since then, federal officials have reportedly been reconsidering the value of booster shots. And some vaccinated people are so concerned about the breakthrough cases reported as the highly contagious Delta variant sweeps the country that they have taken matters into their own hands and are going to places where there is no record of their previous vaccination to get an extra dose.

With all the confusion swirling around booster shots, [email protected] sat down with Brandon Dionne, assistant clinical professor of pharmacy and health systems sciences at Northeastern, to get some answers.

Let’s get the most direct question out of the way: I’m fully vaccinated, will I need a booster shot?

It’s not a question that has a definitive answer, but I don’t think most people will need one right away. The protection from the vaccines seems to be pretty long-lasting. The recent report from the U.K. was that, even with the new Delta variant, it was still [88 percent] effective at preventing symptomatic disease. For the majority of people, really the goal of this was to prevent hospitalization, severe infection. The vaccines that we have currently are still incredibly effective with just the two doses. So I think for most people, they probably won’t need a booster right away.

The question is, for people who didn’t have an adequate immune response, especially patients who are immunocompromised, could they benefit from a booster? And that’s something that I think we’re still evaluating and the data is still emerging.

If boosters become available but are optional, should I get one?

It’s not an easy question to answer. There’s certainly very little harm that could come from it. You might have those severe symptoms like patients had after the second shot. Those who didn’t have that severe reaction the second time might get it on a third booster. So are you willing to put up with that?

The advantage of it would be that perhaps it would boost your antibody levels and provide longer-lasting protection. But in most people, the evidence seems to suggest that circulating antibodies are still pretty high for most people who got the two-dose series.

If I got the single-dose Johnson & Johnson vaccine, should I consider getting one of the mRNA vaccines to boost my immunity if that becomes an option?

For people who only got the single dose J&J, there is some data that getting a second dose of an mRNA vaccine can significantly boost antibody levels. So that may be something that ACIP (the Advisory Committee on Immunization Practices, a committee within the CDC) recommends.

If [boosters are] an option, talk with your healthcare provider.

Why would someone who got the Johnson & Johnson shot seek out an mRNA booster shot (or vice versa)?

You said that most people won’t need a booster “right away.” That leaves room for the possibility of booster shots in the future. What scenario would that be?

The only reason we might need a booster, which we’ve talked about before, is if a new variant develops that does have more escape of the vaccine protection. And in that case, I guess you could still call it a booster, but it would almost be a new vaccine specific to the new variant. So that’s a possibility. It’s one that we’re hoping doesn’t happen, but in the more immediate future, that seems like the more likely thing than people needing a booster any time soon.

And “more immediate” still sounds like a year off, from what you’re saying.

It’s hard to predict, but most likely, I think if we make it through this respiratory virus season, over the fall and winter, without needing boosters, it probably wouldn’t be something we would need again until maybe the next fall, depending on how cases are going.

There have been comparisons made between yearly flu vaccines and the possible future of the coronavirus, SARS-CoV-2. Do we expect COVID-19 vaccinations to become like that approach?

It’s possible that this may become something like the flu, depending on how things pan out. The vaccines right now are still incredibly effective against all of the variants.

If we can get a large enough percentage of the population vaccinated, maybe we can prevent this from becoming like the flu where we can see these big shifts every year. And we’ve seen variants develop, but not extremely rapidly. So I don’t think that we have to worry that as soon as we develop a vaccine for this variant that a new one suddenly emerges that’s totally unresponsive. It happens in small changes.