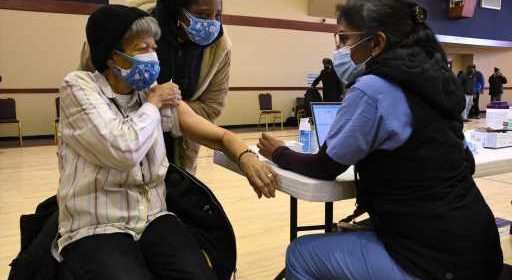 Hospitalizations and new cases of COVID-19 continued to drop in Colorado over the past week, though it’s too early to see the effect of the most recent changes to the state’s dial framework.

As of Monday afternoon, 462 people were hospitalized with confirmed or suspected COVID-19. It was the lowest number receiving hospital care for the coronavirus since Oct. 19.

The Colorado Department of Public Health and Environment reported 6,973 cases in the week ending Sunday, which was the lowest level since early October. Some testing sites were closed over the weekend because of extreme cold, but fewer than 4% of tests came back positive, indicating the state wasn’t missing significant numbers of infections.

Statewide, the virus didn’t spread more widely after counties moved from Level Red to Level Orange and schools reopened in January, said Beth Carlton, an associate professor of environmental and occupational health at the Colorado School of Public Health. Transmission has increased in some ski towns, however, and San Miguel County announced tighter restrictions Monday.

It takes two to three weeks to see any impact from policy changes, Carlton said, so it’s too early to know whether allowing counties to loosen restrictions under the new dial framework, which took effect Feb. 5, will lead to increased spread. The new dial metrics allowed Denver to move from Level Orange to Level Yellow, meaning more businesses could operate at 50% of capacity instead of being limited to 25%.

Another unknown is how widely new variants of the virus are spreading. So far, the state has identified 67 cases coming from more-contagious versions of the virus.

The best guess right now is that 1% to 3% of cases in Colorado are caused by B.1.1.7, the variant identified in the United Kingdom, Carlton said. B.1.1.7 is more contagious than other forms of the virus, and emerging research suggests it may be more lethal.

The Centers for Disease Control and Prevention has advised Americans to wear masks that fit more tightly, or to layer a fabric mask over a surgical mask, as a way to fight the new variants.

“We’re in a good place right now, but I think the big questions about the future are how rapidly we can distribute the vaccine, and how rapidly the variants spread,” Carlton said.

Gov. Jared Polis described the vaccine rollout as a race with the new variants. As more people spread the virus, it gives the variants more chances to crowd out less-contagious versions of the virus — or to acquire additional mutations, which have a chance to make it more harmful. About 11% of people in Colorado have had one shot of vaccine, and 5% have had both, according to the CDC.

As of Monday, 414,369 people in Colorado have tested positive for the new coronavirus, and 22,812 have been hospitalized. The state reports 5,826 coronavirus-related deaths.