Could the Pandemic Prompt an ‘Epidemic of Loss’ of Women in the Sciences?

Like many women during the pandemic, Alisa Stephens found working from home to be a series of wearying challenges.

Dr. Stephens is a biostatistician at the University of Pennsylvania, and the technical and detail-oriented nature of her work requires long uninterrupted stretches of thought. Finding the time and mental space for that work with two young children at home proved to be an impossibility.

“That first month was really hard,” she recalled of the lockdown. Her infant daughter’s day care was closed, and her 5-year-old was at home instead of at school. With their nanny unable to come to the house, Dr. Stephens tended to her children all day and worked late into the evening. In the fall, when her daughter was set to begin kindergarten, the schools did not reopen.

Things eased once the family could safely bring in a nanny, but there was still little time for the deep thought Dr. Stephens had relied on each morning for her work. Over time, she has adjusted her expectations of herself.

Dr. Stephens is in good company. Several studies have found that women have published fewer papers, led fewer clinical trials and received less recognition for their expertise during the pandemic.

Add to that the emotional upheaval and stress of the pandemic, the protests over structural racism, worry about children’s mental health and education, and the lack of time to think or work, and an already unsustainable situation becomes unbearable.

“The confluence of all of these factors creates this perfect storm. People are at their breaking point,” said Michelle Cardel, an obesity researcher at the University of Florida. “My big fear is that we are going to have a secondary epidemic of loss, particularly of early career women in STEM.”

Female scientists were struggling even before the pandemic. It was not unusual for them to hear that women were not as smart as men, or that a woman who was successful must have received a handout along the way, said Daniela Witten, a biostatistician at the University of Washington in Seattle. Some things are changing, she said, but only with great effort, and at a glacial pace.

The career ladder is particularly steep for mothers. Even during maternity leave, they are expected to keep up with lab work, teaching requirements, publications and mentoring of graduate students. When they return to work, most do not have affordable child care.

Women in academia often have little recourse when confronted with discrimination. Their institutions sometimes lack the human resources structures common in the business world. 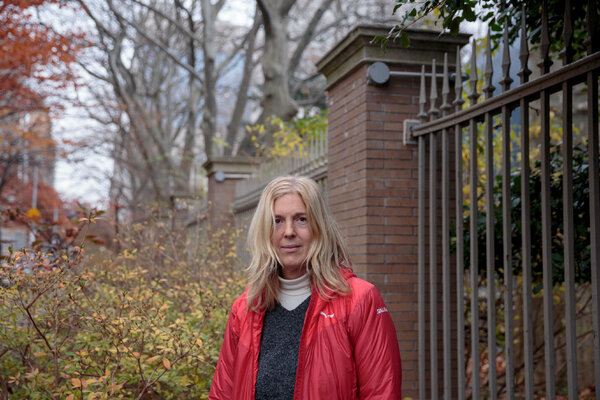 The path is even rockier for scientists of color, like Dr. Stephens, who encounter other biases in the workplace — in everyday reactions, professional reviews or promotions — and now have to cope with the disproportionate impact of the pandemic on Black and Latino communities.

The year has been a “pause” for everyone, Dr. Stephens added, and universities should find a way to help scientists when the pandemic ends — perhaps by adding an extra year to the time allotted to them to earn tenure.

Others said while extra time for tenure may help, it will be far from enough.

“It’s sort of like if you’re drowning, and the university tells you, ‘Don’t worry if it takes you an extra year to get back to shore,’” Dr. Witten said. “It’s like, ‘Hey, that’s not helpful. I need a flotation device.’”

Compounding the frustration are the outdated notions about how to help women in science. But social media has allowed women to share some of those concerns and find allies to organize and call out injustice when they see it, said Jessica Hamerman, an immunologist at the Benaroya Research Institute in Seattle. “People are just much less likely to sit quietly, and listen to biased statements that affect them.”

In November, for example, a controversial study on female scientists was published in the influential journal Nature Communications, suggesting that having female mentors would hinder the career of young scientists and recommending that the young women instead seek out men to help them.

The response was intense and unforgiving.

Hundreds of scientists, male and female, renounced the paper’s flawed methods and conclusions, saying it reinforced outdated stereotypes and neglected to take structural biases in academia into account.

“The advice from the paper was basically similar to advice your grandmother may have given you 50 years ago: Get yourself a man who will take care of you, and all will be fine,” Dr. Cardel said.

Nearly 7,600 scientists signed a petition calling on the journal to retract the paper — which it did on Dec. 21.