People over 65 are more likely to experience a second bout with the virus, according to a large study of medical records. 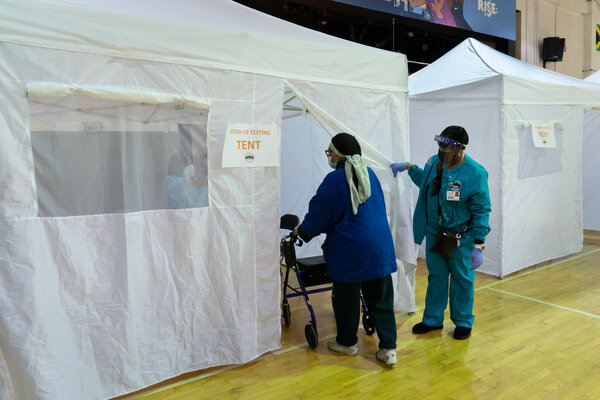 The vast majority of people who recover from Covid-19 remain shielded from the virus for at least six months, researchers reported on Wednesday in a large study from Denmark.

Prior infection with the coronavirus reduced the chances of a second bout by about 80 percent in people under 65, but only by about half in those older than 65. But those results, published in the journal Lancet, were tempered by many caveats.

The number of infected older people in the study was small. The researchers did not have any information beyond the test results, so it’s possible that only people who were mildly ill the first time became infected again and that the second infections were largely symptom-free.

Scientists have said that reinfections are likely to be asymptomatic or mild because the immune system will suppress the virus before it can do much damage. The researchers also did not assess the possibility of reinfection with newer variants of the virus.

Still, the study suggests that immunity to a natural infection is unpredictable and uneven, and it underscores the importance of vaccinating everyone — especially older people, experts said.

“You can certainly not rely on a past infection as protecting you from being ill again, and possibly quite ill if you are in the elderly segment,” said Steen Ethelberg, an epidemiologist at Statens Serum Institut, Denmark’s public health agency.