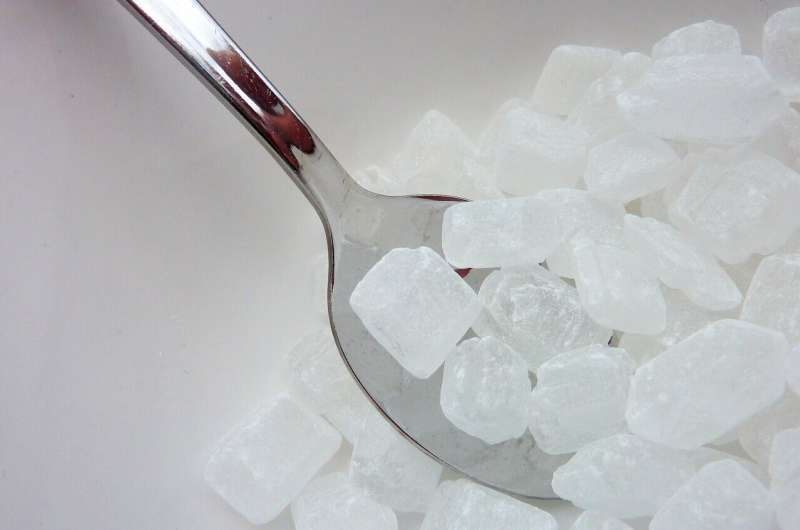 A new study investigates the link between consuming sweeteners during pregnancy and a child’s risk of obesity. Pregnant rats fed with stevia or aspartame gave birth to pups that had a higher risk of obesity and specific changes in their gut microbiome. The findings highlight the importance of maternal nutrition during pregnancy.

Could artificial sweeteners increase the obesity risk of your unborn child and even change the bacterial populations in their gut? This question is at the heart of a new study in Frontiers in Nutrition, which finds that when rat mothers consumed sweeteners during pregnancy, their offspring tended to have a higher body fat percentage. The rat pups also showed changes in gut microbial communities, with increases in propionate- and butyrate-producing microbes and reductions in lactose-fermenting species, which could explain the weight gains. The results suggest that maternal diet during pregnancy can significantly affect obesity risk in children.

The effects of sweeteners on offspring

Many people use low-calorie sweeteners as a healthier alternative to sugar, but they may have some unexpected effects in pregnancy. While they are largely non-toxic in adults, previous research suggests that prenatal consumption by mothers can affect obesity risk and the microbiome in infants. However, no-one had examined this in detail to understand the specific changes in microbial populations and their potential link to obesity.

“We know that a mother’s diet during pregnancy plays an extremely important role in determining whether their offspring will develop certain diseases later in life,” said Prof Raylene Reimer of the University of Calgary, and senior author on the study.

“In this study, we were interested in determining how consuming low calorie sweeteners during pregnancy, specifically the artificial sweetener aspartame or the natural alternative stevia, affected the gut bacteria and obesity risk of offspring.”

Strikingly, the sweeteners had minimal effects in the rat mothers, but had significant effects in their offspring. The pups born of sweetener-fed mothers gained more weight, had a higher body fat percentage, and showed key changes in their gut microbiomes, with increases in propionate- and butyrate-producing microbes and reductions in lactose-fermenting species. These changes in microbial fermentation in the gut may have caused weight gain in the pups.

“Even though the offspring never consumed the low-calorie sweeteners themselves, their gut bacteria and obesity risk were influenced by the sweeteners that their mothers consumed during pregnancy,” said Reimer.

“We found that specific bacteria and their enzymes were linked to how much weight the offspring gained and how much body fat they accumulated.”

So, what do the findings mean for expectant mothers? The study was performed in rats, and so isn’t directly applicable to humans, but previous human studies have shown a similar link between consuming sweeteners during pregnancy and higher infant body mass index. Further research will provide clearer guidance for mothers, but for now it may be worth giving the sweeteners a miss while pregnant.