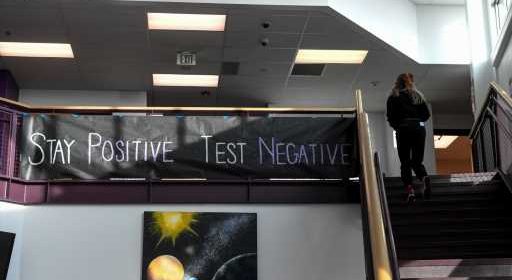 The Colorado Department of Public Health and Environment reported 380 people were hospitalized with confirmed or suspected COVID-19 on Wednesday afternoon, down from 388 on Tuesday.

Hospitalizations had bounced between 320 and 350 in the previous week, before jumping Monday and Tuesday.

It’s not unusual for the numbers to fluctuate, and experts said it’s too early to know whether the increase represented a blip or a trend. That will become increasingly clear as the week goes on.

New cases are lower than they were last week, but testing is still well below levels seen in the days before the snowstorm, making it difficult to tell if the decrease actually reflects fewer infections.

The state health department reported 622 active outbreaks as of Wednesday. An outbreak is two or more cases linked to the same location or event, and is considered active until four weeks have passed with no new cases.

Most settings stayed stable or showed some improvement. Nursing homes and assisted living facilities continued to post the biggest gains, as older outbreaks are declared over and widespread vaccination reduces the number of new ones.

Exceptions were bars, K-12 schools, hotels, outpatient health care and restaurants. The increases were in the single digits, though, meaning they could be statistical noise.

The number of outbreaks is less than half what it was in the worst week of December, but is still more than four times what it was at the low point in early September.