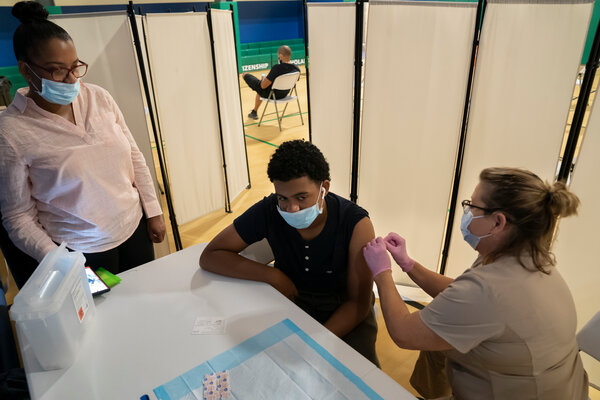 Pfizer reported on Wednesday that the power of its two-dose Covid vaccine wanes slightly over time, but nonetheless offers lasting and robust protection against serious disease. The company suggested that a third shot could improve immunity, but whether boosters will be widely needed is far from settled, the subject of heated debate among scientists.

So far, federal health officials have said boosters for the general population are unnecessary. And experts questioned whether vaccinated people should get more doses when so many people have yet to be immunized at all.

“There’s not enough evidence right now to support that that is somehow the best use of resources,” said Natalie Dean, a biostatistician at Emory University in Atlanta.

Still, the findings raise questions about how well the Pfizer vaccine will prevent infection in the months to come. And with coronavirus cases surging again in many states, the data may influence the Biden administration’s deliberations about delivering boosters for older people.

If third shots are cleared for the general population, the boosters would likely represent a multi-billion-dollar business for Pfizer.

In a study posted online but not yet peer-reviewed or published in a scientific journal, Pfizer and BioNTech scientists reported that the vaccine had a sky-high efficacy rate of about 96 percent against symptomatic Covid-19 for the first two months following the second dose. But the figure declined by about 6 percent every two months after that, falling to 83.7 percent after about four to six months.

Against severe disease, however, the vaccine’s efficacy held steady at about 97 percent.

“This drop is very slight — I wouldn’t say it’s waning,” said Akiko Iwasaki, an immunologist at Yale University. She did not see in the new study any evidence that boosters should go into use for the general population. “These data don’t support a need for that right now,” she said.