The coronavirus disease 2019 (COVID-19) is primarily a respiratory disease, as its causative agent, the severe acute respiratory syndrome coronavirus 2 (SARS-CoV-2), will typically infect epithelial cells in the lungs. In the vast majority of mild COVID-19 cases, the disease will not spread beyond the respiratory tract.

However, there is growing evidence that SARS-CoV-2 can cause significant gastrointestinal (GI) infection. To this end, researchers in a recent Reviews in Medical Virology study review current findings on how human coronaviruses (HCoVs) like SARS-CoV-2 might cause GI symptoms. 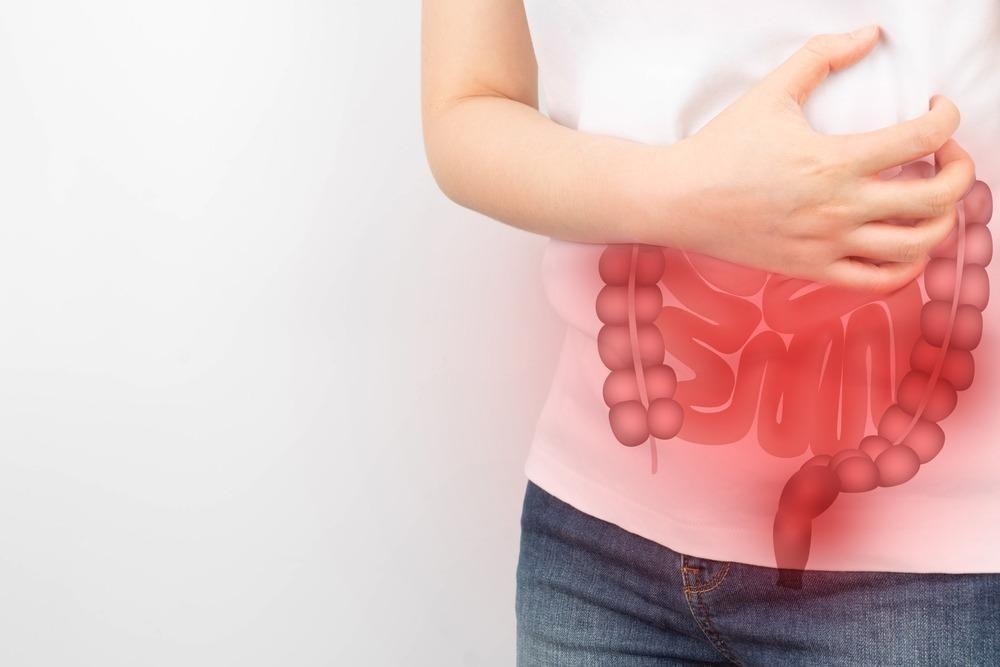 Both SARS-CoV and SARS-CoV-2 primarily enter host cells by binding to the host angiotensin-converting enzyme 2 (ACE2) receptor. In addition to its presence on lung epithelial cells, ACE2 receptors are also expressed in the brush border of enterocytes within the small intestine, thereby indicating that both of these viruses have the potential to cause intestinal infections.

To date, no evidence of SARS-CoV-2 replication has been reported in the intestines following endoscopies and biopsies performed on COVID-19 patients. However, many of these patients reported gastrointestinal (GI) bleeding. Nevertheless, the staining of GI epithelial cells has detected the expression of the viral nucleocapsid (N) gene.

Unfortunately, no biopsy or autopsy studies of MERS-CoV victims were performed in time to find evidence of intestinal infection.

SARS-CoV has also been reported to infect several human intestinal cell lines in vitro, including the carcinoma-derived lines Caco-2 and CL14. Moreover, this virus has also been shown to produce a cytopathic effect (CPE) in Caco-2 cells.

SARS-CoV-2 has also been observed to replicate in Caco-2 cells, wherein they produce higher titers of infectious SARS-CoV-2 than the lung cell line Calu-3. There is also significant evidence demonstrating the ability of SARS-CoV-2 to infect human enteroids, which then release viral particles from the basolateral and apical cells of the lumen.

Transgenic mice expressing hACE2 have been created to allow researchers to study mild infection with SARS-CoV-2. In fact, this model exhibits signs of edema and lymphocyte infiltration in the GI tract following inoculation with SARS-CoV-2. Palm civets and rhesus macaques have also been used as models for SARS-CoV-2 infection.

As mice also cannot be naturally infected with MERS-CoV, transgenic DPP4 mice have been previously used to study infection with this virus.

Several human clinical studies have examined the ability of several HCoVs to tolerate gastric acid and survive in the GI tract. Fed-state gastric fluid is often of higher hyperosmolar content and pH than fasting-state gastric fluid, which is often a salt solution. HCoVs are less tolerant to the high acidity fasting state; however, they might be able to resist degradation by digestive enzymes in the fed-state.

In one recent study on human duodenal enteroids, researchers found that SARS-CoV-2 is predominantly released from the apical region into the lumen, which suggests that viral shedding into feces is possible. Neither SARS-CoV nor SARS-CoV-2 can tolerate fasting state intestinal fluid; however, MERS-CoV appears to withstand this environment.

Several studies have shown that SARS-CoV can remain infective outside the host and that, under certain conditions, fecal-oral transmission is possible. SARS-CoV genetic material has been isolated from sewage water in hospitals. In fact, the virus can survive up to two weeks in these mediums after drying.

MERS-CoV is similarly stable at low temperature and humidity levels, thus supporting the likelihood that it can be transmitted through fomite formation. Viral ribonucleic acid (RNA) has also been detected on environmental surfaces near MERS-CoV patients.

Previous studies indicate that the fecal-oral transmission of SARS-CoV-2 is also likely. This is evidenced by the survival of SARS-CoV-2 in feces for several days, as well as its ability to remain viable on plastic and stainless steel surfaces for 72 hours.

Taken together, there is strong evidence supporting the likelihood that various HCoVs can cause intestinal infection. However, further studies are needed to determine the mechanism by which these viruses cause intestinal infection and the possibility of fecal-oral transmission to determine whether areas with poor sewage systems are at an increased risk of transmission.

Sam completed his MSci in Genetics at the University of Nottingham in 2019, fuelled initially by an interest in genetic ageing. As part of his degree, he also investigated the role of rnh genes in originless replication in archaea.