C.D.C. Is Investigating a Heart Problem in a Few Young Vaccine Recipients

The agency is reviewing several dozen reports that teenagers and young adults may have developed myocarditis after vaccination, officials said. But the agency has not determined whether the vaccine caused the condition. 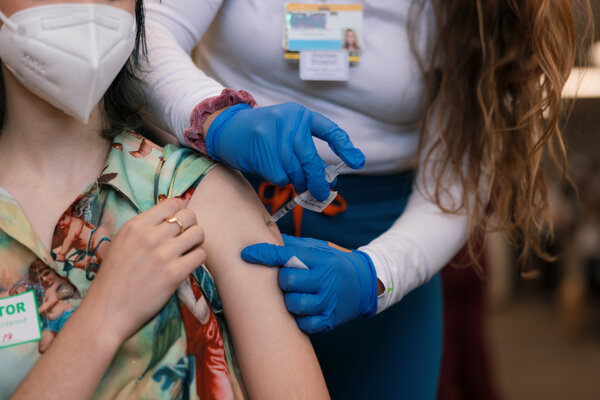 The Centers for Disease Control and Prevention is looking into reports that a very small number of teenagers and young adults vaccinated against the coronavirus may have experienced heart problems, according to the agency’s vaccine safety group.

The group’s statement was sparse in details, saying only that there were “relatively few” cases and that they may be entirely unrelated to vaccination. The condition, called myocarditis, is an inflammation of the heart muscle, and can occur following certain infections.

The C.D.C.’s review of the reports is in the early stages, and the agency has yet to determine whether there is any evidence that the vaccines caused the heart condition. The agency has posted guidance on its website urging doctors and clinicians to be alert to unusual heart symptoms among young people who had just received their shots.

“It may simply be a coincidence that some people are developing myocarditis after vaccination,” said Dr. Celine Gounder, an infectious disease specialist at Bellevue Hospital Center in New York. “It’s more likely for something like that to happen by chance, because so many people are getting vaccinated right now.”

The cases seem to have occurred predominantly in adolescents and young adults about four days after their second dose of one of the mRNA vaccines, made by Moderna and Pfizer-BioNTech. And the cases were more common in males than in females.