Blue light from smartphones 'can speed up ageing process' 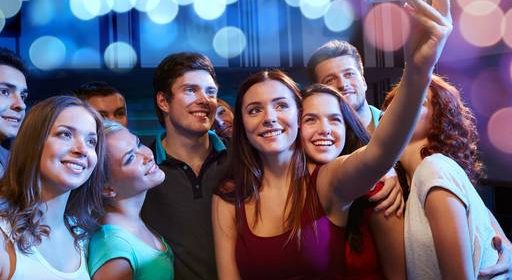 Long-term exposure to blue light emitted by smartphones, laptops and other digital devices may lead to brain damage and speed up the ageing process, scientists say.

Experiments on common fruit flies have shown that prolonged exposure to this light spectrum impaired their mobility and caused their brain cells to deteriorate.

The research, published in the journal ‘Aging and Mechanisms of Disease’, demonstrated that even blind flies – which had a mutation that stopped them from developing their eyes – showed a similar type of damage, implying that the flies did not have to “see” the light to be harmed by it.

The scientists say their findings raise questions as to whether spending too much time in artificial light can affect overall health.

“Humans are subjected to increasing amounts of light in the blue spectrum since commonly used LEDs emit a high fraction of blue light,” said Jaga Giebultowicz, a professor at Oregon State University’s Department of Integrative Biology.

“But this technology, LED lighting, even in most developed countries, has not been used long enough to know its effects across the human lifespan.”

The researchers exposed fruit flies to different forms of light, with the insects spending 12 hours in light and 12 hours in darkness as part of their daily cycle.

Another group of flies was kept in constant darkness.

The researchers said that flies exposed to blue light showed damage to their retinal cells and brain neurons and had “significantly” shorter lives compared to those kept in complete darkness.

Even relatively mild light was seen to shorten their lifespan by 5-15pc, the researchers added.

However, Prof Giebultowicz said this result can’t be applied to humans as the human brain “would receive much less light than fly brains”.

“We can only say that long-term exposure to blue light has damaging effects on cells – and cells in flies and humans function in a similar way.”

The researchers then performed experiments on blind flies and found their lifespan was also “significantly shortened by blue light”, which, according to the team, indicated “brain damage and locomotor impairments do not depend on the degeneration in the retina”.

She said if given a choice, the flies would avoid blue light.

For those wanting to protect their eyes from blue light, the researchers advise wearing glasses with amber lenses that can filter blue light and changing phone and other device settings to block blue emissions.