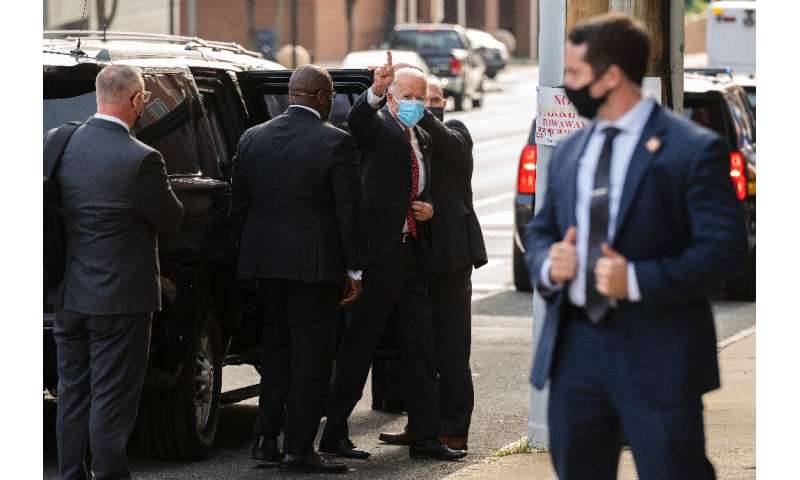 US President-elect Joe Biden said Thursday he would not order a nationwide shutdown to fight the COVID-19 pandemic despite a surge in cases.

States and cities have been imposing their own restrictions, including home confinement, the closure of indoor dining and a limit on gatherings as infections soar across the country.

“There’s no circumstance which I can see that would require total national shutdown. I think that would be counterproductive,” Biden, who takes office on January 20, told reporters.

He said however that rules for when and how businesses and other establishments can open would have to be calibrated based on the threat in the area in question, noting the varying levels of spread throughout the country.

America has now registered over 251,000 fatalities and over 11.6 million reported cases, according to a running tally by Johns Hopkins University, by far the highest reported national death toll.

The surge in cases has alarmed authorities to the point that the US Centers for Disease Control and Prevention urged Americans not to travel for next week’s Thanksgiving holiday.

“It’s not a requirement. It’s a strong recommendation,” Henry Walke, a CDC doctor in charge of the day-to-day management of the agency’s pandemic response, told reporters.

Thanksgiving is the busiest US holiday in terms of travel. As it falls on a Thursday many Americans take the Friday off work and make a long weekend of it to go see family in other states.

President Donald Trump has been muted in his public reactions to the current surge in cases, staying largely out of the public eye as he presses his unsubstantiated fraud claims in the election he lost to Biden.

“America has never been more prepared to combat this virus than we are today,” he said.

“This administration and our president does not support another national lockdown. And we do not support closing schools.”

Trump has consistently downplayed the impact of the virus and its seriousness, urging Americans that the situation is improving.

However, CDC doctor Walke said coronavirus cases rose sharply in the US after long holiday weekends for Memorial Day in May and Labor Day in September.

“We saw these hikes in cases and so we wanted to get out now and talk about the upcoming holidays and warn people to be safe,” he said.

This year the safest way to celebrate Thanksgiving is to stay home and be with the people in your household, said Erin Sauber-Schatz, another CDC official, in charge of making pandemic-related recommendations.