Bamboo-like sticks could be useful in orthopaedics, researchers say

A bamboo-like wood could help repair damaged bones. The material, rattan, has a honeycomb-like core, much like real bone, making it an ideal material for use in orthopaedics, say researchers who are carrying out two clinical trials across Europe.

Bone defects — gaps in bone tissue — can be caused by surgery to remove bone infections and tumours, as well as operations to repair problem fractures.

Such defects are normally treated with grafts taken from the patient or a donor, or an animal-based substitute, but none is ideal.

Harvesting healthy bone from the patient for use as a graft is widely used to replace injured bone, and help heal fractures and bone around surgically implanted devices, such as joint replacements. More than two million bone grafts a year are performed worldwide. 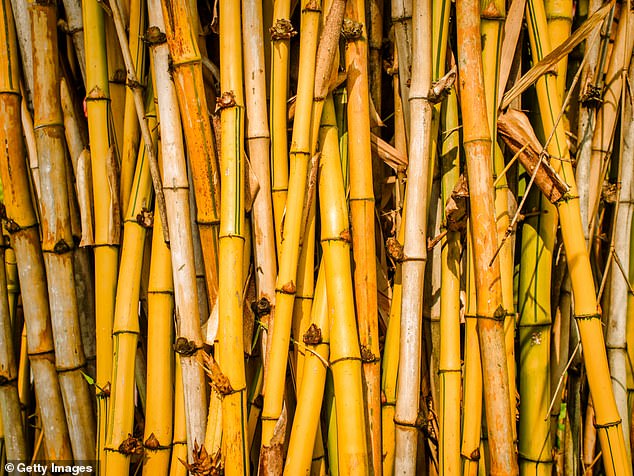 A bamboo-like wood could help repair damaged bones. The material, rattan, has a honeycomb-like core, much like real bone, making it an ideal material for use in orthopaedics, say researchers who are carrying out two clinical trials across Europe

Bone grafts from another part of the patient’s body are still the ‘gold standard’ for the treatment of large bone defects that do not spontaneously heal.

However, although bone is good at repairing itself, its ability to bridge very large defects is limited. Plus, most bone grafts carry the risk of being rejected by the immune system, or cause infections. Grafts from animal tissue may cause allergic reactions.

Synthetic alternatives are available but are more rigid than real bone. As a result, they aren’t generally used to patch up large defects (bigger than 3cm), where a lack of flexibility could be problematic for the patient.

To find a new option, researchers at the Institute of Science and Technology for Ceramics in Italy screened large numbers of plants looking for one that had a similar structure to bone.

Rattan, which comes from palm trees, was found to have a similar elasticity, lightness and strength to real bone.

Importantly, like bone, its interior is peppered with tiny channels, and this porous structure can be colonised by the body’s own cells to help new bone and blood vessels grow. The body recognises the implant as real bone and, over time, it is filled with osteoblasts (the cells that form new bone).

Scans of sheep treated with the implant showed that after six months, it was completely replaced by new functioning bone without causing any side-effects.

The rattan is first processed to strip away extraneous starchy fibres, leaving behind a strong but porous carbon skeleton. This can then be moulded to the shape and size needed to fill defects. After successful trials in animals, two trials are now under way at Leeds General Infirmary and at centres across Europe on 40 patients with bone defects.

The manufacturer, Italian biotech firm Greenbone, says the implant could offer a viable alternative for millions of orthopaedic patients globally each year.

Load-bearing bones in the arms and legs, as well as bones in the pelvis and spine could all be mended with the bamboo-like material, it claims.

Sarkhell Radha, a consultant orthopaedic surgeon at Croydon University Hospital, says that by monitoring patients for a year after their grafts, the trials would reveal if the material does indeed ‘generate an environment for growth of blood vessels and other nutrient supplies to the bone’.

He adds that it could ‘provide a cost-effective alternative to the existing bone graft and bone substitutes’.

Farmologie unfragranced body wash is thought to be gentler on the skin and contains cleansing ingredients derived from coconut and corn. It’s also made with oats, said to reduce irritation and redness in dry, sensitive skin.

The graft is then implanted into the defect, and the surrounding soft tissue and muscle are used to cover it and close the wound.

Forty patients who are taking part in the trial at Xijing Hospital in China will be monitored for up to two years to check that the stem cells have grown into bone.

Coffee is ‘good’ for liver health

Drinking more than two cups of coffee a day lowers the risk of liver-related diseases, report researchers in Australia.

The scientists looked at data from 2016 from people in nearly 200 countries, and compared the amount of coffee they consumed with liver disease-related deaths. Their analysis showed that drinking more than two cups of coffee a day was linked to a lower risk of death from liver disease.

The exact mechanism of how coffee might help remains unknown, reports the journal Alimentary Pharmacology and Therapeutics.

A gadget that ‘tickles’ the tongue may help treat tinnitus, a condition that causes people to hear non-existent noises such as ringing, whirring or buzzing.

This typically affects those who have some hearing loss, possibly as the brain ‘makes up’ the noise to compensate for the lack of sound. The new device, the Lenire system, sends tiny pulses of electricity into the tongue, a technique previously shown to distract the brain from the noise.

In trials with 326 patients who used it for an hour daily for 12 weeks, two-thirds had reduced symptoms up to a year later, reports Science Translational Medicine. The Lenire system is under review for use in the UK. 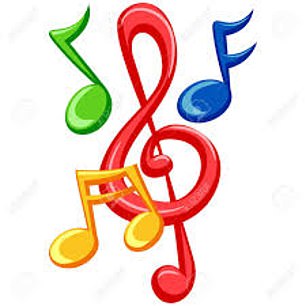 How music can improve your health. This week: It could boost immunity

Listening to music increases levels of antibodies that protect against infection, suggest researchers at McGill University in Canada.

Immunoglobulin A (IgA), an antibody found in our mucus membranes, was present in higher quantities after listening to music, according to an analysis of more than 400 scientific papers in 2013. This antibody can help to prevent infections.

Music listeners also had higher numbers of natural killer cells — a type of immune cell that attacks bacteria and other pathogens.

Lead researcher, psychologist Professor Daniel Letiven, suspects it might be related to falls in cortisol — the stress hormone — that also occur when we listen to music. Cortisol is known to suppress the immune system.

An injection of protein to the testes might treat male infertility, reports the journal ACS Nano. Researchers from Seoul National University in South Korea found that when a protein called PIN1 — important in preventing damage to sperm — was injected into mice that were adapted to be infertile, their fertility was restored to nearly normal levels.

What’s in a name? 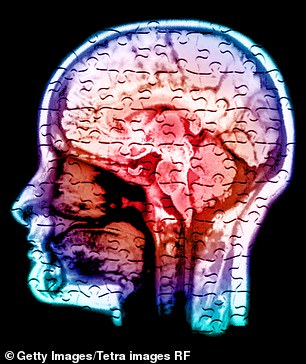 Pick’s disease is a form of dementia that affects the frontal lobes of the brain that control language, emotions and behaviour.

Other forms of dementia affect different areas of the brain. Alzheimer’s affects the hippocampus, causing different symptoms such as forgetting names and recent conversations.

Pick’s was first identified in 1892 by Prague-based neurologist and psychiatrist Dr Arnold Pick after he noticed some patients struggled to say or remember certain words.

When he examined the brain tissue of patients who’d had a similar loss of function, he noted damage to the frontal lobes. His work helped show that dementia can be categorised depending on what part of the brain is affected.