Researchers in the United States have conducted a study showing the difference in antibody evolution following vaccination against severe acute respiratory syndrome coronavirus 2 (SARS-CoV-2) between people who have not previously been infected with the virus and those who have.

The SARS-CoV-2 virus is the agent responsible for the ongoing coronavirus disease 2019 (COVID-19) pandemic that has now claimed the lives of more than 4.2 million people globally.

The team – from The Rockefeller University in New York – found that between a first (prime) and second (booster) shot of either the Pfizer-BioNTech or Moderna vaccine, the memory B cells of infection-naïve individuals produced antibodies that evolved increased neutralizing activity against SARS-CoV-2.

However, no additional increase in the potency or breadth of this activity was observed thereafter.

“Memory antibodies selected over time by natural infection have greater potency and breadth than antibodies elicited by vaccination,” says Michel Nussenzweig and colleagues.

The researchers say the findings suggest that boosting vaccinated individuals would elicit a quantitative increase in neutralizing activity, but not the qualitative advantage against SARS-CoV-2 variants produced when convalescent individuals are vaccinated.

A pre-print version of the research paper is available on the bioRxiv* server, while the article undergoes peer review. 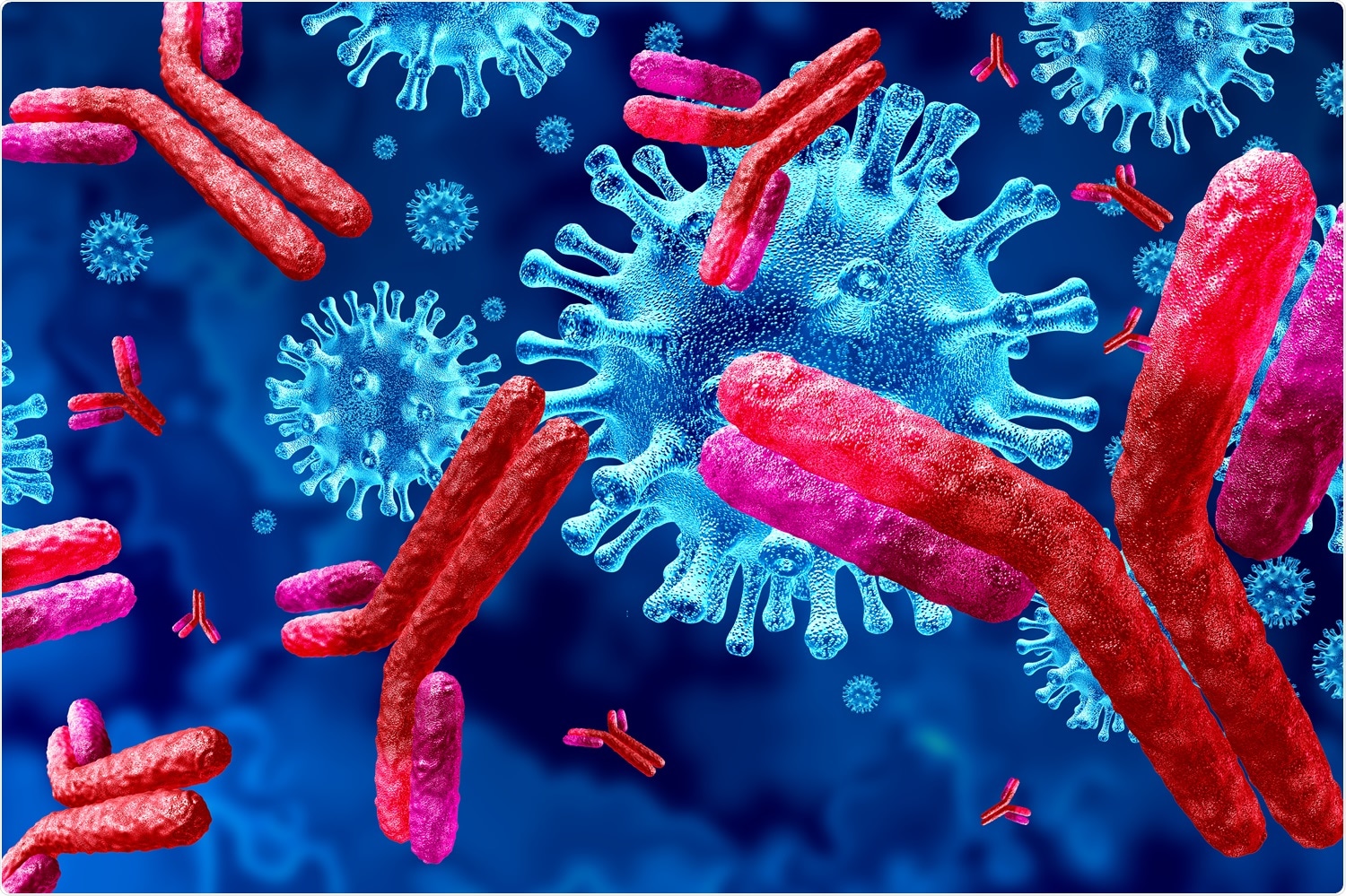 Following SARS-CoV-2 infection, B-cell responses continue to evolve for at least one year, with memory B cells expressing increasingly broad and potent antibodies that are resistant to the mutations found in variants of concern.

Now, Nussenzweig and colleagues have investigated the evolution of memory B cells following vaccination with either the Pfizer-BioNTech or Moderna’s vaccine in a cohort of 32 infection-naïve  (median age 34.5 years) who were recruited between January 21st and June 23rd, 2021.

What did the study find?

Following the prime shot, all participants developed memory B cells that were specific to the receptor-binding domain (RBD) of the original strain of SARS-CoV-2 that was isolated in Wuhan, China (Wuhan-Hu). The RBD is found on the viral spike protein that mediates the initial stage of the infection when it attaches to host cells.

The number of Wuhan-Hu RBD-specific memory B cells that developed after the prime increased for up to 5 months following vaccination.

Between prime and boost, memory B cells produced antibodies that evolved increased neutralizing activity, but there was no further increase in the potency or breadth of this response thereafter.

Next, the team tested the neutralizing activity of the RBD-binding antibodies using HIV-1 pseudotyped with the SARS-CoV-2 spike protein. The geometric mean half-maximal inhibitory concentration (IC50) of the antibodies improved, falling from 380 ng/mL after the prime shot to 170 ng/mL following the boost.

No further improvement in the neutralizing activity of antibodies was observed between 2 and 5 months following vaccination.

Studies have previously shown that the neutralizing breadth of memory antibodies obtained from conserved clones among convalescent individuals increases with time following infection.

To determine whether the breadth of neutralizing activity also increases with time following vaccination, the team selected 20 random antibodies from the prime or boost samples and measured their neutralization potency against a panel of RBD mutations that are found in variants of concern.

There was little change in the breadth of neutralizing activity between prime and boost, with only a small increase observed in the resilience to two mutations (K417N and A475V).

What did the authors conclude?

“We conclude that antibody evolution differs in convalescent and vaccinated individuals in that there is less affinity maturation and little increase in breadth between 2 and 5 months after mRNA vaccination,” says the team.

The researchers say the expanded memory B cell compartment following vaccination should produce high titers of neutralizing antibodies, but with decreased breath, compared to previously infected vaccinees who receive a booster.

“Boosting vaccinated individuals with currently available mRNA vaccines would produce a quantitative increase in plasma neutralizing activity but not the qualitative advantage against variants obtained by vaccinating convalescent individuals,” says Nussenzweig and colleagues.

“The optimal timing for boosting to prevent serious disease will depend on the stability and further evolution of the memory B cell compartment,” they add.

Sally first developed an interest in medical communications when she took on the role of Journal Development Editor for BioMed Central (BMC), after having graduated with a degree in biomedical science from Greenwich University.