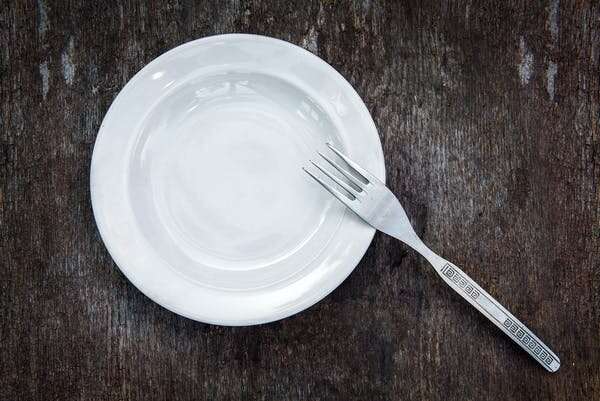 From time to time, generally when there’s a public case of a hunger strike, people ask me how long a person can survive without food.

The hunger strike generating attention at the moment is that of Russian opposition leader Alexei Navalny. Navalny, who was arrested in January after returning to Russia, began refusing food on March 31 in protest at not being able to access medical care in prison. This means he’s been fasting now for more than three weeks.

Based on the science of long-term fasting, Navalny could theoretically continue his hunger strike for another number of weeks. But reports suggest he’s experiencing problems with his kidneys, which may be caused by underlying health issues. He’s now in a prison hospital, with concerns circulating he is very ill.

To put the specifics of Navalny’s situation aside, a normal adult human can actually survive a surprisingly long time without food, provided they have an adequate intake of water, which contains some minerals.

Starvation is a long process

I advise my undergraduate students to avoid hunger strikes to generate public pressure, because generally it takes too long for health risks to become severe enough to garner the expected attention.

Evolution has prepared us well to starve. It’s conceivable early hunter-gatherers and early farmers endured extended periods without adequate food. We’re also aware of pictures of prisoners of war with a skeletal appearance who were undernourished for months, if not years.

The science is pretty well understood, thanks to a pioneer in this field, George F. Cahill, and his colleagues. In the 1960s Cahill worked with volunteers in fasting experiments of up to 40 days, and established many of the ways our bodies seem to adapt to long periods without food.

The main challenge to long-term fasting is our brain. It consumes 20% of our total energy, regardless of mental activity. It also loves glucose, our preferred energy provider when we’re eating normally.

The body’s stores of glucose are fairly limited and run out in less than one day when we stop eating. But your body knows what to do. While you’re sleeping or fasting, your body starts to convert muscle mass into glucose, thereby keeping glucose levels up.

Producing glucose from muscle protein is a good way to keep up glucose in the short term, but you don’t want to lose muscle mass in case you need to be active again.

Enter fat. Fat is our best energy store. In contrast to glycogen (our stores of glucose in the body), fat doesn’t need water to be stored with it, meaning it gives you far more energy for an equivalent amount. Per gram, fat has more than twice the energy content of carbohydrates and protein.

Even a person at a normal weight has about 15kg of fat and 6kg of protein in the form of muscle. Almost all the fat is dispensable, but only part of the muscles can be wasted to avoid damage to vital organs.

So fat stores are mobilized during fasting to sustain the body. But they provide limited capacity to generate glucose. To keep your brain happy, your body has two tricks up its sleeve. First, fat is converted into ketone bodies—an alternative energy supply to glucose—through a process called ketogenesis.

You can push your body to make ketone bodies by eating a lot of fat and minimal glucose (think ketogenic diets), or by starving. The levels of ketone bodies in blood rise after a couple of hours of fasting, and skyrocket over the next couple of days of fasting. Importantly, your organs prefer them over glucose to generate energy.

The second trick is that your brain starts using ketone bodies as an energy source as well. This is an important trick to minimize the loss of muscle mass, by reducing the demand for glucose. The brain works very well on ketone bodies and there’s no reduction of intellectual capacity.

In summary, the body has some nifty ways of using muscle mass and fat to produce the energy we need, when it’s not coming directly from glucose. And we can usually survive until these alternate supplies are depleted.

A normal person might last for almost three months without eating if resting; two months is considered a safe bet.

An obese person could take much longer to starve, perhaps 6-12 months, because of the considerably larger fat mass their body can draw on for energy supplies. However, loss of muscle mass could impair mobility, heart and kidney function.

For a person on a hunger strike, the feeling of hunger first increases but then subsides. In response to starvation and malnutrition, a person is likely to experience chronic fatigue, and a range of negative effects on their mood.