People have skipped their cancer screenings and ignored possible symptoms as a result of the pandemic. In some cases, the delay has come at a great cost. 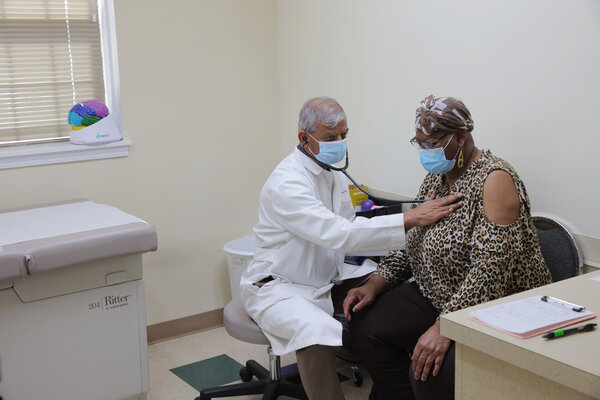 Yvette Lowery usually gets her annual mammogram around March. But last year, just as the pandemic was gaining a foothold and medical facilities were shutting down, the center where she goes canceled her appointment. No one could tell her when to reschedule.

In August, Ms. Lowery felt a lump under her arm but still couldn’t get an appointment until October.

Eventually, she received a diagnosis of Stage 2 breast cancer, started chemotherapy in November and had a double mastectomy this month.

“I’ve been seeing a lot of patients at an advanced stage,” said Dr. Kashyap B. Patel, one of Ms. Lowery’s doctors and the chief executive of Carolina Blood and Cancer Care Associates. If her cancer had been detected last May or June, it would have probably been caught before it had spread, Dr. Patel said.

Months of lockdowns and waves of surging Covid cases throughout last year shuttered clinics and testing labs, or reduced hours at other places, resulting in steep declines in the number of screenings, including for breast and colorectal cancers, experts have said.

Numerous studies showed that the number of patients screened or given a diagnosis of cancer fell during the early months of the pandemic. By mid-June, the rate of screenings for breast, colon and cervical cancers were still 29 percent to 36 percent lower than their prepandemic levels, according to an analysis of data by the Epic Health Research Network. Hundreds of thousands fewer screenings were performed last year than in 2019, according to the network data.