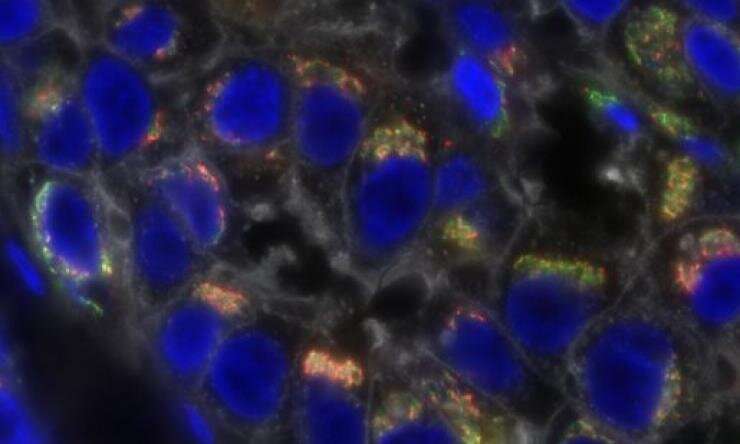 Researchers at Baylor College of Medicine and collaborating institutions have identified a combination therapy for treating triple-negative breast cancer (TNBC) that results in durable tumor regression in an animal model of the condition.

The combination therapy attacked the tumor on two fronts. On one side, the chemotherapy drug cyclophosphamide eliminated tumor cells, while on the other front, another drug inhibited tumor-associated cells called macrophages, which block the body’s immune response against the tumor. This two-front strategy effectively treated several highly aggressive TNBC primary tumors and metastasis. The study appeared in the journal Cancer Research.

“TNBC is an aggressive subtype of breast cancer with an overall poorer prognosis than other breast cancer subtypes,” said co-corresponding author Dr. Jeffrey Rosen, Distinguished Service Professor of molecular and cellular biology and in the Dan L Duncan Comprehensive Cancer Center at Baylor.

The team had previously shown in animal models that although treating the tumors with cyclophosphamide eliminated the cancer initially, the disease came back eventually. A closer look into the tumor microenvironment revealed that the tumors that returned typically had many macrophages.

“In this study, we explored the possibility that eliminating both the tumor cells and the macrophages would improve the chances of eliminating the tumor for a longer period of time,” said Swarnima Singh, first author of the paper and a student in Baylor’s graduate school of biomedical sciences working jointly in the Rosen and Zhang laboratories. “We eliminated macrophages with either a small molecule inhibitor or a monoclonal antibody toward CSF1R, a marker on these cells.”

For several months, the team treated the tumors with the combination of drugs. Then, they stopped treatment and followed up tumor progression in the treated animals.

Interestingly, the animals with a durable response were able to prevent new tumors from growing. “We challenged these animals with fresh tumor cells, and 40% of them rejected them. The tumors did not grow. This suggested that the animals had immune memory capable of fighting back new tumor growth. In addition to primary tumors, we also treated lung tumor metastasis with combination therapy and found that it also eliminated cancer growth effectively.”

Rosen and his colleagues also investigated how the tumor microenvironment had changed in the animals with a durable response.

“We found that when we treated the tumors with one of the two drugs, which did not produce a durable response, immune B and T cells involved in fighting the tumor did not enter it, they remained in the periphery of the tumor mass,” said co-corresponding author Dr. Xiang H.F. Zhang, interim director of the Lester and Sue Smith Breast Center and William T. Butler, M.D., Endowed Chair for Distinguished Faculty. Zhang also is professor of molecular and cellular biology, a member of the Dan L Duncan Comprehensive Cancer Center and a McNair Scholar at Baylor.

On the other hand, after combination therapy, both B and T cells entered the tumor mass and remained close to each other, suggesting they were interacting to mediate tumor elimination in a durable manner.

Looking to translate these findings into the clinic, the researchers investigated whether the macrophage signature they had observed in the animals models also was present in TNBC from patients. “Indeed, tumors from patients with the worse prognosis also presented high numbers of macrophages,” Rosen said. “We think this signature can help us identify patients who might be candidates for combination therapy.”