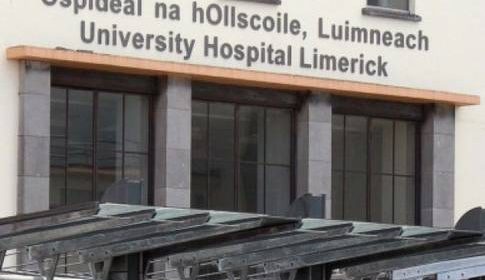 A 70-year-old woman spent 105 hours on a trolley in a hospital in Limerick and expressed fears she would die if a fire started, her daughter said.

Alona Troy, 40, from Bruree in Limerick took her elderly mother to University Hospital Limerick on Monday September 23 after she contracted an infection linked to her chronic illness.

Due to sustained overcrowding in the hospital, which topped the national chart for patients on trolleys in September, a lack of beds saw Ms Troy’s mother left on a trolley for four and a half days, according to her daughter.

“Mam was brought into the hospital by ambulance after she contracted an infection, these can be life threatening and it’s happened before,” she said.

“It became obvious when we got there that she wouldn’t be getting a bed as it was overcrowded, and as the week went on it got so much worse.

“It’s bad enough that you’re waiting that length of time for a bed, there isn’t room between the trolleys as they line either side of the corridor, they’re literally lined up the walls.

“My mother couldn’t walk at the time, she had to be wheeled to the bathroom, the whole trolley, so that means everybody near her has to be moved, there’s trolleys in front of the toilet door, that person has to be moved.

“At one point my mother was under the glove dispenser, which meant people were leaning over her to get gloves, she couldn’t get any rest.

“We couldn’t wash her, I had a few times where I just broke down in tears.

“People of all ages, everyone there in that zone, are sick, this isn’t people with broken bones, these are all people who need to be admitted to hospital.

“People were getting heart traces done in the corridor, people who had had heart attacks, strokes, dementia, everything has to be discussed out in the corridor, everyone knows each other’s medical records.

“Initially she didn’t have compos mentis due to the infection but became more aware the better she got, but her spirits dropped, it’s so demoralising.

“When she became clearer on Friday, mam said to me: ‘If there’s a fire or a gas leak here, people are going to die, because there is no possible way they could evacuate that A&E’.

“There was people there with various forms of dementia who don’t know that the blanket has slipped off, who are in various states of undress, and she was watching this asking: ‘Am I that way?’, and I was reassuring her, but it’s so hard to see.

“You need someone with you who is physically fit enough to stand for hours on end, no relatives or visitors can have a seat to sit down as there’s no room, so you have to stand and just wait and wait.”

Ms Troy said her mother visits the hospital regularly and, before this week, once waited 70 hours for a bed.

“The nurses and staff are amazing, I don’t know how they do it,” she said.

“They were terribly apologetic, but they have to do this every day, shimmying through trolleys, there are volunteers that come around and help out, but it’s unsustainable.

“I just want to know that the money being spent on the HSE is going on looking after patients, enough nurses in every hospital that all wards and beds are open.”