A Black doctor died from COVID-19 after she posted a video from her hospital bed saying she was being mistreated: ‘This is how Black people get killed.’ 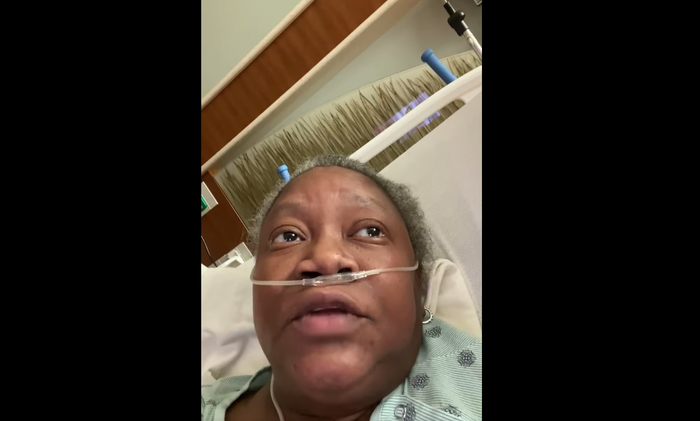 Dr. Susan Moore was in pain.

The 54-year-old in Indianapolis had been diagnosed with COVID-19, hospitalized, and given two rounds of Remdesivir, a drug shown to speed up recovery in hospitalized coronavirus patients.

But according to a video Moore posted to Facebook December 4, almost a week after her diagnosis, she wasn't getting better. She had difficulty breathing and was in severe pain.

"I was in so much pain from my neck, my neck hurt so bad. I was crushed," she said in the video. "He made me feel like I was a drug addict and he knew I was a physician."

And yet Moore said her doctor would not give her another round of Remdesivir or narcotics, telling her she didn't qualify for the former and that he didn't feel comfortable giving her the latter. He told her she "should just go home right now," Moore recorded.

"This is how Black people get killed," Moore said in the video. "When you send them home and they don't know how to fight for themselves."

That's just a fraction of what Moore shared of her ultimately fatal experience as a Black patient with COVID-19, a disease that disproportionately infects, and kills, people of color.

Moore's story — that of a physician who knew what her scans and symptoms meant, of a single mom who spoke up for herself, and of Black person who recorded feeling dismissed — is sparking heartbreak and anger on social media, where fellow physicians and advocates say a racist healthcare system shoulders the blame.

A public relations manager from Indiana University Health System, where Moore was treated, said the hospital could not comment on a specific patient, but that "as an organization committed to equity and reducing racial disparities in healthcare, we take accusations of discrimination very seriously and investigate every allegation."

Moore advocated for herself, even going to the hospital system's CMO: 'If I was white, I wouldn't have to go through that'

In her video, which has been shared more than 2,000 times, after being allegedly denied pain medications, Moore said she enlisted a patient advocate, who told her there was not much they could do. Moore asked to be transferred to a different hospital, which she wasn't.

Only when a scan of her neck showed new inflammation and substance buildup in her lungs did the clinicians offer her pain medications, Moore said.

"You have to show proof that you have something wrong with you in order for you to get the medicine," she said. "I put forth and I maintain, if I was white, I wouldn't have to go through that."

Soon, though, Moore's care improved, she wrote on Facebook. She was cared for by a Black tech and nurse, and talked to the Chief Medical Officer (CMO) of IU Medical Healthcare System, who assured her she'd get "the best care possible" and that diversity training for staff was underway. Her pain and breathing became well-managed, and she was discharged.

Less than 12 hours later, Moore couldn't fight for herself anymore. She developed a serious fever, low blood pressure, and rapid heart rate. She returned to a different hospital, where she was treated for pneumonia and received "very compassionate care," she wrote.

"Those people were trying to kill me," she said of her treatment at IU North. "Clearly everyone has to agree they discharge me way too soon."

The Indiana spokesperson told Insider "treatment options are often agreed upon and reviewed by medical experts from a variety of specialties, and we stand by the commitment and expertise of our caregivers and the quality of care delivered to our patients every day."

Moore's last Facebook update said she was on a breathing machine in the new hospital and being transferred to the intensive care unit. She died December 20. She's survived by her parents, both of whom have dementia, and her 19-year-old son, according to a GoFundMe page to support them.

"There are so many heartbreaking parts of Dr. Moore's story, but what makes it even more devastating is that she did everything in her power to advocate for herself — she spoke up, she asked for a patient advocate, she asked her fellow physicians for advice, she went to hospital leadership," Dr. Jasmine Johnson told Insider.

"It should not be the patient's responsibility to make sure that they are given respectful care."

Black people are about twice as likely to contract COVID-19 as white people, and they're also at higher risk of hospitalization and death from the illness.

That's not because the population has higher rates of pre-existing conditions like diabetes, asthma, lung disease, hypertension, and obesity; it's because people of color are "far more often subjected to health-affecting hardships than whites," Insider reporters Hilary Brueck and Canela Lopez wrote.

They site one study finding that "structural factors including health care access, density of households, unemployment, pervasive discrimination, and others," are what is driving COVID-19 disparities, and "not intrinsic characteristics of Black communities or individual-level factors."

Research also shows clinicians tend to treat Black people differently when it comes to assessing and managing their pain, as Moore said she experienced.

"To this day, Black people are less likely to get the same treatment in terms of pain medication, they're more likely to wait longer in the ER, they're less likely to be taken seriously — it's a holdover from the days of slavery," Dr. Jennifer Lincoln, an OB-GYN, said on TikTok in response to the death of Nicole Thea, a London-based social media star, who died July 11 along with her unborn child at 8 months pregnant.

Moore's story is yet another tragic wakeup call in a year that's demanded Americans, including those in the healthcare system, value Black lives.

"Educate yourself on present day health disparities, race as a social determinant of health, and what medical racism looks like so that you are better equipped to recognize it and call it out," Johnson says to fellow healthcare professionals. "There is no neutral anymore — either you are being complicit in a racist system or you are working to tear it down."