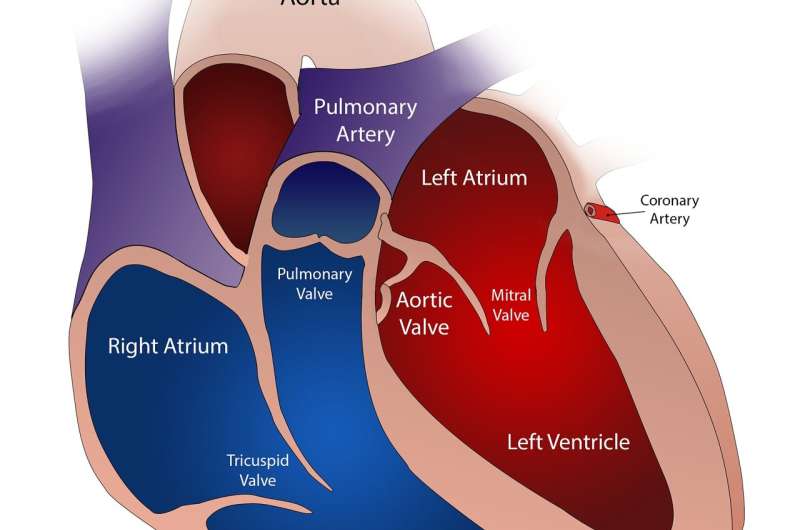 Patients with tricuspid regurgitation, a common and debilitating form of valvular heart disease, who received a novel investigational device intended to repair the defective valve experienced significant improvements in blood flow through the heart and in quality of life at one year, according to research presented at the American College of Cardiology’s 71st Annual Scientific Session.

“At one year of follow-up, the repair procedure appears to be safe and significantly reduced the severity of patients’ tricuspid regurgitation and improved their ability to function in daily life, maintaining gains that we previously saw at 30 days of follow-up,” said Adam B. Greenbaum, MD, associate professor of medicine and co-director of the Structural Heart and Valve Center at Emory University School of Medicine.

Tricuspid regurgitation affects an estimated 1.6 million people in the U.S. and increases as each generation ages. The study offers further validation for transcatheter edge-to-edge repair, a minimally invasive approach to the treatment of patients with the disease, Greenbaum said.

The tricuspid valve, one of four valves in the heart, controls blood flow between the heart’s two right chambers, the right atrium and the right ventricle. When the right atrium fills with blood, the valve opens, allowing the blood to flow into the right ventricle. Then, the valve closes tightly so that no blood flows backward into the right atrium. Tricuspid regurgitation occurs when the valve doesn’t close tightly, allowing blood to flow backward and causing the heart to pump harder to push enough blood out into the body. Patients with tricuspid regurgitation often feel tired and experience shortness of breath. As the condition worsens over time, it may cause symptoms such as an enlarged liver, a swishing sound when the heart beats, a fluttering feeling in the chest and swelling in the abdomen, legs, ankles or feet.

Patients with tricuspid regurgitation are commonly treated with diuretics, drugs that are also used to treat high blood pressure. Surgery to repair or replace a poorly functioning tricuspid valve is often done at the same time a patient undergoes surgery for a problem on the left side of the heart. Minimally invasive options are needed to treat tricuspid regurgitation, Greenbaum said, as most patients with the condition are older and may have other health problems that make them poor candidates for open-heart surgery.

The CLASP-TR study is a feasibility study of an investigational transcatheter repair system for tricuspid regurgitation. A long, flexible tube called a catheter is threaded through a vein to insert a tiny device that resembles a clothespin into the tricuspid valve. The pin grasps the flaps that open and close the valve, reducing the amount of blood that flows backward. The study endpoints included a composite of major adverse events at 30 days (e.g., death due to cardiovascular disease, heart attack, stroke, kidney failure, severe bleeding); evidence on an echocardiogram of a reduction in backward blood flow; and death from any cause, distance walked in six minutes and scores on two measures of heart failure severity.

A preliminary report published in February 2021 found that at 30 days of follow-up, the repair system substantially reduced tricuspid regurgitation, produced few adverse events, and significantly improved patients’ ability to function, exercise capacity and quality of life. The current study reports results after one year of follow-up.

A total of 65 patients (average age 77, 55% women) received the investigational device, 70% of whom had tricuspid regurgitation that was rated “massive” or “torrential” (the two highest grades of severity on a five-point scale) despite treatment with diuretics. In addition, most had other health problems that made them poor candidates for surgery, including atrial fibrillation (a type of abnormal heart rhythm), liver or kidney disease and pulmonary hypertension (a type of high blood pressure that affects the right side of the heart and the arteries in the lungs).

The COVID-19 pandemic affected the researchers’ ability to obtain one-year follow-up data for all treated patients, Greenbaum said. For example, some patients completed follow-up questionnaires that could be done remotely but did not complete tests that had to be done at the hospital, such as the echocardiogram and six-minute walk test. In addition, several patients died (although none died because of the repair procedure). In a few patients, the procedure was unsuccessful because the device failed to attach to the flaps in the tricuspid valve; and a few patients were lost to follow-up.

Ultimately, one-year follow-up results were available for 49 patients. Seven patients (10.8%) died and 12 (18.5%) were rehospitalized for heart failure. These results compare with an expected one-year mortality rate of about 30% for patients with tricuspid regurgitation, Greenbaum said. Among 36 patients with available data at one year, all achieved a reduction of at least one grade in the severity of their tricuspid regurgitation; 75% saw a reduction of at least two grades; and 86% achieved an overall grade of moderate or less. Eleven patients (16.9%) experienced a major adverse event. Significant improvements were seen in heart failure severity, the six-minute walk test and patient-reported quality of life.